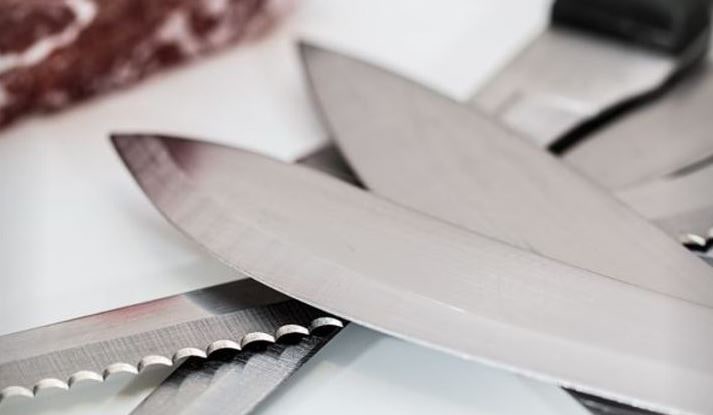 Knives are a massive help in the kitchen, but they can become useless when they get dull. Traditional knife sharpening services are going out of style, but Knife Aid provides a modern solution through a mailing system. Mikael Soderlind and Marc Lickfett pitched their idea on Shark Tank and got a deal with two investors. As of 2022, Knife Aid company is worth $2 million.

Mikael Soderlind and Marc Lickfett are established entrepreneurs from Sweden, Europe. While Marc was still studying business at the Stockholm School of Economics, Mikael was focused on developing his own business.

In 1999, Lickfett co-founded a web hosting service called Carambole AB. A year after that, Soderlind started Fieldwork Stockholm. Both of them went on to launch several startups separately later on.

Soderlind’s apparel line, Happy Socks, is perhaps the most successful of all the pair’s business pursuits. That’s why he decided to take his company to the United States. However, the Swedish executive failed to make it successful in a new territory.

Marc and Mikael knew each other because they were neighbors. One day, while having a backyard barbecue, the two noticed the demand in the American market for a contemporary way to get kitchen knives sharpened.

In the past, there were people called “moletas” who traveled from town to town to set up small shops where locals get their dull blades fixed. However, it’s almost impossible to find these people in modern times.

This kind of service was what Marc and Mikael aimed to replace. They built a subscription-based startup, where subscribers regularly receive a blade-proof envelope to mail their knives to Knife Aid and make them sharper than ever.

There were already similar businesses in Sweden, so the two entrepreneurs decided to take their company to the US in 2019. Because Mikael didn’t want to fail in a foreign country once again, he decided to get help from a big investor. They offered the Sharks 15% equity for $400,000 and was priced fairly.

The Sharks saw potential in their unique service, and this caused a heated back-and-forth between the investors. Lori Greiner teamed up with guest Shark Rohan Oza to offer $400,000 for 20%.

Barbara Corcoran worked with Kevin O’Leary to propose $500,000 for 20%. When the entrepreneurs asked to talk outside the Tank, the four Sharks ran to them, desperately begging them to grab a deal. In the end, Lori and Rohan won with $500,000 for 20%.

Following their notable appearance on Shark Tank, Marc and Mikael’s knife sharpening startup received a lot of attention. Though their episode ended with a massive deal, it reportedly never closed.

Because of this, they sought out other investors through other means. The lending company TQ Ventures eventually funded their plans to continue doing business.

They expanded operations by providing scissor sharpening and knife repair services. It is reported that their annual sales are around $2 million. The company is doing fine with its net worth of $2 million.

The 10 Best Arnold Schwarzenegger Movies, According To Metacritic

How Much Money Donald Trump’s 1st Wife Made