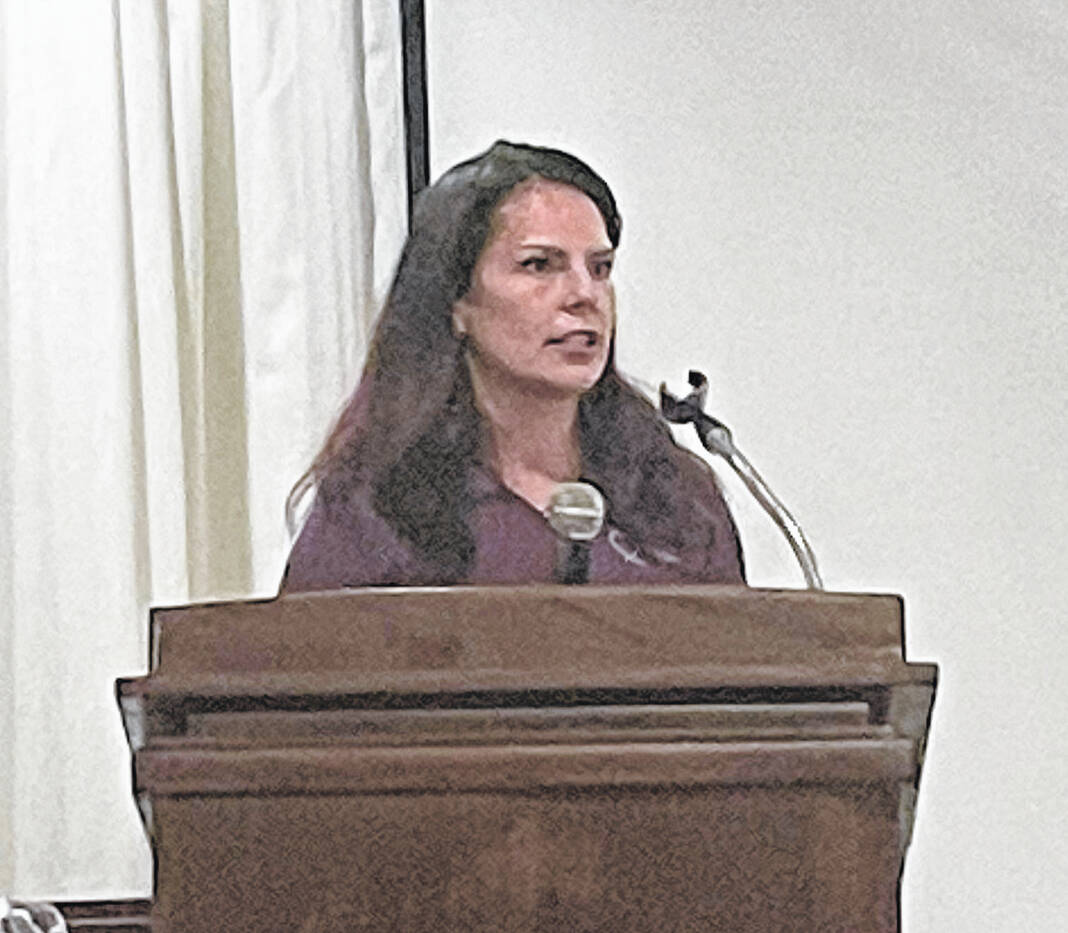 GREENVILLE — The Pregnancy Help Center raised over $46,000 to continuously help women and families in Darke County.

The Pregnancy Help Center hosted a banquet on Friday, Sept. 23 at Romer’s Catering to help raise support and funds for their continued support of the community. This year’s theme: Defending Hope.

“The mission of The Pregnancy Help Center is to provide hope,” Director Jeannette Shuff said. “Every situation and every scenario is so unique, and nothing is one size fits all.”

The PHC provides hope in the unplanned in a variety of ways to encourage everyone by creating family, friendships, and undivided support.

“Just because of our decisions doesn’t mean that you are meant to do something alone. We have all made bad decisions and messed up decisions in the past. It is about somebody getting into the mess with us, walking with us, and encouraging us,” Shuff said.

She said the PHC is about figuring out what we can do together and about making our community a better place to live. PHC defends hope through education and support.

Through various testimonies, it was said, “the PHC is a ton of resources for the community to help better their needs.” Not only does the Darke County PHC help pregnant women and families with a new child, it also offers programs like ACES to help people earn their education in an environment better suited for their needs.

Roughly 644 students have been reached from the SRA program. Six Darke County schools choose the PHC’s Sexual Risk Avoidance Program for their state sex ed requirements. They offer this at no charge to the schools, as the PHC pays the full $9,000.

“The Darke County Pregnancy Help Center means a lot to me. It’s kind of like asking me what my family means to me because that is what they are about: family,” a testimony in their presentation said.

The director is a mother of seven, and she herself was a teen mother. She said with recent events such as Roe v Wade being reversed, she should be able to come up to the stage and just do a mic drop; however, the PHC provides so much more than that.

“Our work at the center is worth so much more than that. I should know because I was a teen mom. I was one of those clients after I became a mom at 17,” Shuff said.

She said before becoming pregnant she had a great church, home, and social life, and Shuff knew from a young age how important life was at conception. However, it all changed when she found out she was pregnant. She felt like she failed her future and her family and believed she was going to live off the system her entire life.

“I even had a relative that wanted to send me away,” Shuff said. “There is always a but, and one day a lady came to my school and met with me one on one. She didn’t sugar coat things, but she educated me, encouraged me, and she motivated me. Most importantly she got into the deep with me and walked with me.”

She said that one hour a week she got from her overpowered all the other negative comments she received daily. That is what PHC is about, giving hope to those who feel they do not have any. This isn’t just for teen moms, but experienced moms, moms of domestic violence, moms who had it all together and lost their job, etc. The Pregnancy Help Center is there for everyone.

“Life isn’t always as we expect it, but we are not meant to walk it alone,” Shuff said.

Because of her experience as a teen mom, Shuff wanted to give hope to others at the PHC. She said it wasn’t a “pray to end abortion sign” or a sign that “everything she had done was wrong,” but it was about someone being there for someone else.

Last year’s Building Hope campaign paid for the renovations of the PHC new building. The new building will be located at 405 S. Broadway providing 3000 square feet of safety from those who feel lost and need a friend.

“I will leave you with this, 1 Peter 3:15 tells us to be ready to defend hope and to do so with gentleness and respect. This isn’t going to happen by changing laws or talking down on someone. We need you involved and to not take the backseat,” Shuff said.

Special Guest Speaker, Kirk Cameron, spoke about the importance of the PHC and how education is important. Cameron is an American actor and evangelist known for his role as Mike Seaver on the ABC sitcom Growing Pains, a role for which he was nominated for two Golden Globe Awards.

He said he is forever grateful to those who love moms and babies because his first four children were adopted and were only one doctor’s appointment away from being aborted. Their mothers did not have the resources you have here in Darke County, and they were walking all alone and afraid of the future.

“The friendship, the resources, and someone to defend hope for her to let her know the child wasn’t an unfortunate mistake, but an unbelievable miracle,” Cameron said.

Cameron said not only are his first four children adopted, but his wife was also adopted. He said she herself was one step away from not being here, too.

“I never got to meet any of the people who helped any one of those young girls choose life, so vicariously, I want to thank all of you because you are those kinds of people,” Cameron said to the over 300 guests in attendance. “You’re the kind of people who came up alongside those kinds of mothers and helped them during that time.”

Cameron said he is impressed with the support in the community and genuine care and compassion he is learning surrounds all of those at the banquet. “It really is the heartbeat of the DCPHC.”

Cameron’s son, Luke, also had the privilege to speak. He told the story of his birth parents, how his mother was in an abusive relationship, father was a drug addict and didn’t want her to keep him, but she carried on to have him and give him up for adoption to a loving family. He thanked everyone for being in attendance because people like them are the reason he and others are here in the world today.

The PHC continues to grow in their support for the community having a 70 percent client increase. With the donations and room sponsors from the event, the PHC was able to raise over $46,000 by the end of the night to continue to finance programs and educational services to the surrounding community.

The PHC wishes to thank all the sponsors and donors from the evening for making the night a success, and a special thank you goes out to the community for their continuous support over the years.

If you wish to donate, volunteer or have questions, you can visit www.pregnancyhope.net or call 937-548-2731.