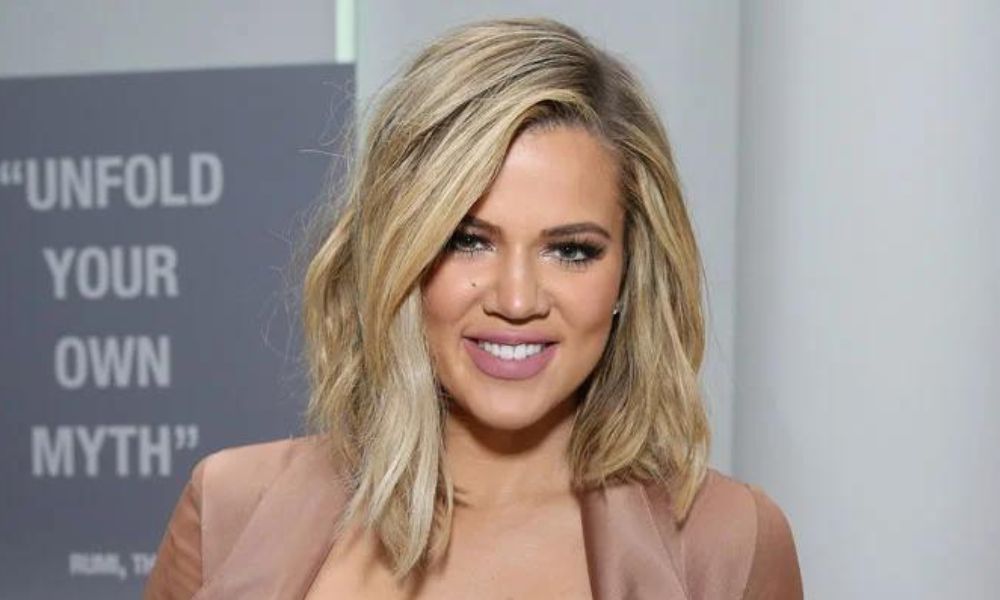 The third sister of the famous Kardashian – Jenner clan, Khloe Kardashian was spotted wearing face bandages a few times in recent days. After much speculation behind the reason, the star has finally revealed the reason herself. Through her recent Instagram story, Khloe revealed that she had gone through a face surgery which removed a tumor growth from her cheek and that she will be seen wearing bandages for a few more weeks.

She also added that later there will be a scar and indention on her cheek from where the tumor was removed. The tumor on her face appeared a few months back. Khloe revealed how she thought she could brush it off, considering it was a minor zit or pimple.

But even months after its appearance, the tumor was not budging. Khloe said that she was even afraid it was kind of a skin cancer as it had been on her face for too long.

Khloe Kardashian decided to take a biopsy after seven months as she was concerned about it. She ended up taking a second biopsy as per the doctor’s instructions that ‘it was very rare for someone her age. After the second biopsy, the doctors instructed Khloe to get it removed as soon as possible. Khloe posted on her Instagram story that as soon as the doctors advised her to get the tumor removed, she contacted Dr. Garth Fischer.

Khloe explained that Dr. Fischer was a family friend and one of the best doctors in Beverly Hills whom she could trust to take care of her face. Through her Instagram story, Khloe has said that the surgery went well and that she was doing great after it. She remarked that the doctors removed all of it and that until she is allowed she will be seen wearing a bandage.

According to Khloe, the reason why she posted each update of her medical diagnosis is to make people aware. She asks people to check themselves daily and to take care of themselves. In the series of stories she updated, Khloe also mentions an incident from her teenage days. She says that she was subjected to surgery on account of melanoma when she was only 19 years old.

So I am pre-composed to melanomas. Even those who are not, we should be checking all the time.’ She also asks her fans to do annual checkups and self-regulation as well. She ends her note by thanking the doctors who took care of her and also by stating that she was feeling lucky and grateful.

Kaley Cuoco Is Pregnant with Tom Pelphrey! What Is Kaley Cuoco Net Worth

Khloe is the third sister in the popular Kardashian -Jenner clan. Unlike her other sisters who are often criticized for promoting the wrong body image and messages to society, Khloe believes in the idea of being who you are and celebrating your own body as you are. It was this intention that led her in giving rise to the famous brand ‘The Good American’. It is a brand that focuses on women’s wear which includes all body types. The idea of Khloe’s body positivity and healthy living has influenced her while taking decisions for her business endeavors.

The face of Khloe Kardashian had also made headlines before. Khloe has openly admitted that she was affected by the comments about her body and also the comparison of her body with other sisters like Kim Kardashian and Kourtney who are known for their figures.

Khloe had made statements that say that she knew she looked different from her sisters but did not think of it as something bad. In recent times, Khloe had a few major physical changes, and her physique, especially her face was questioned by people many times. Khloe has denied the argument that she underwent surgery but a close examination of pictures of Khloe will prove that she has undergone a drastic transformation.

Being a television star from a young age and also being a sister to some of the most admired women on the planet, Khloe had some serious struggles dealing with her body image in earlier days.

While her other sisters like Kim Kardashian Kyle, and Kendall are all so popular for their iconic looks and shape, Khloe was labeled the ‘Fat Sister’ and was harassed by the media for her weight too.

It was the inspiration that she took from her struggles that made her an advocate of body positivity and health. She is the one sister who is more concerned about such issues than anyone. Even though her recent incident of the ‘cancer scare’, Khloe shares the message to make sure people take care of themselves.

Sydney Sweeney to Star in Barbarella Movie at Sony Pictures