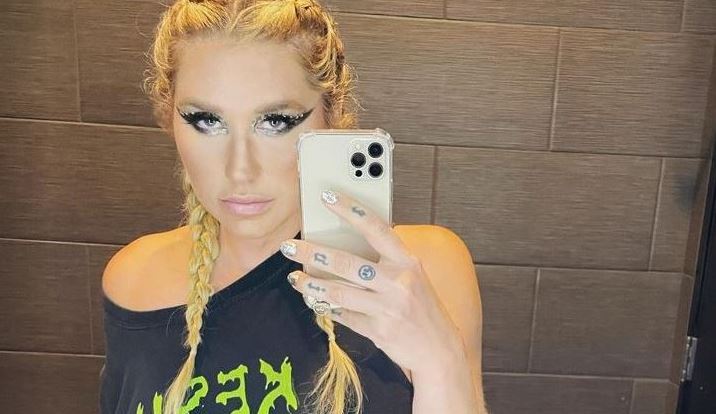 Singer-songwriter Kesha first gained popularity after being featured on Flo Rida’s hit single Right Round. She cemented her mark on the pop genre by releasing her debut song, Tik Tok, which became the best-selling digital single at the time and has amassed millions of album sales. As of 2022, Kesha has a net worth of $5 million.

Kesha Rose Sebert was born on March 1, 1987. She was raised with her brother, Lagan, in Los Angeles, California, by a single mother named Rosemary “Pebe” Sebert. She is also a musician, but she struggled financially.

They relocated to Nashville, Tennessee, after Pebe inked a songwriting deal. She exposed her daughter to recording studios at an early age while honing her vocal talents.

While attending Brentwood High School and Franklin High School, Kesha played for the marching band with the trumpet and saxophone. She later went to Barnard College for three months until deciding to get serious about music.

When she was 16 years old, Sebert and her mother co-wrote Stephen, a track that would eventually appear on her debut album. Two years later, she signed with Kemosabe Records and worked with several artists.

It was in 2009 that her vocals were praised on Flo Rida’s Right Round. However, she refused to get credit for it, explaining that she wanted to earn success on her own. So, she signed with RCA Records to make her debut album, Animal.

Its lead song, Tik Tok, broke many records and sparked some lawsuits. In 2011, a watch strap brand called TikTok got in legal trouble with the artist because of the name’s similarity.

In 2011, Kesha wrote Britney Spears’ song Till the World Ends. The following year, she dropped her second album, Warrior and made headlines again in 2013 with her contribution to Pitbull’s single Timber.

Her life got rocky in 2014 when she entered rehab for an eating condition. The same year, she sued Dr. Luke, a producer from Kemosabe Records, seeking to void their contract. Dr. Luke denied allegations raised against him in the case and counter-sued for defamation.

She went on a hiatus for two years, but she returned with several tours and projects, creating two more hit albums. In 2022, the singer starred in a paranormal television series, Conjuring Kesha, that will be released on Discovery+ on July 8th.

Music is Kesha’s primary source of income. She has also amassed around 7 billion on-demand streams and sold more than 14 million album equivalent sales. This amounts to her current record sales of about 100 million worldwide.

Apart from selling her own projects, Kesha is also a renowned songwriter who has helped write songs for major artists like Miley Cyrus, Ariana Grande, and Miranda Cosgrove. This, as well as her media appearances, give her a net worth of $5 million.

Early in her career, she was romantically linked to fellow musicians Alex Carapetis, T-Pain, and 2Chainz. But her most noted relationship is with writer Brad Ashenfelter. They’ve been dating since 2014, and now, they live together in a $5 million Los Angeles home.

Ruben Randall - March 27, 2022 0
Celebrity
Tim Tszyu is trying his best to separate himself from his father, legendary Hall of Famer Kostya Tszyu. On Saturday night, it was little...