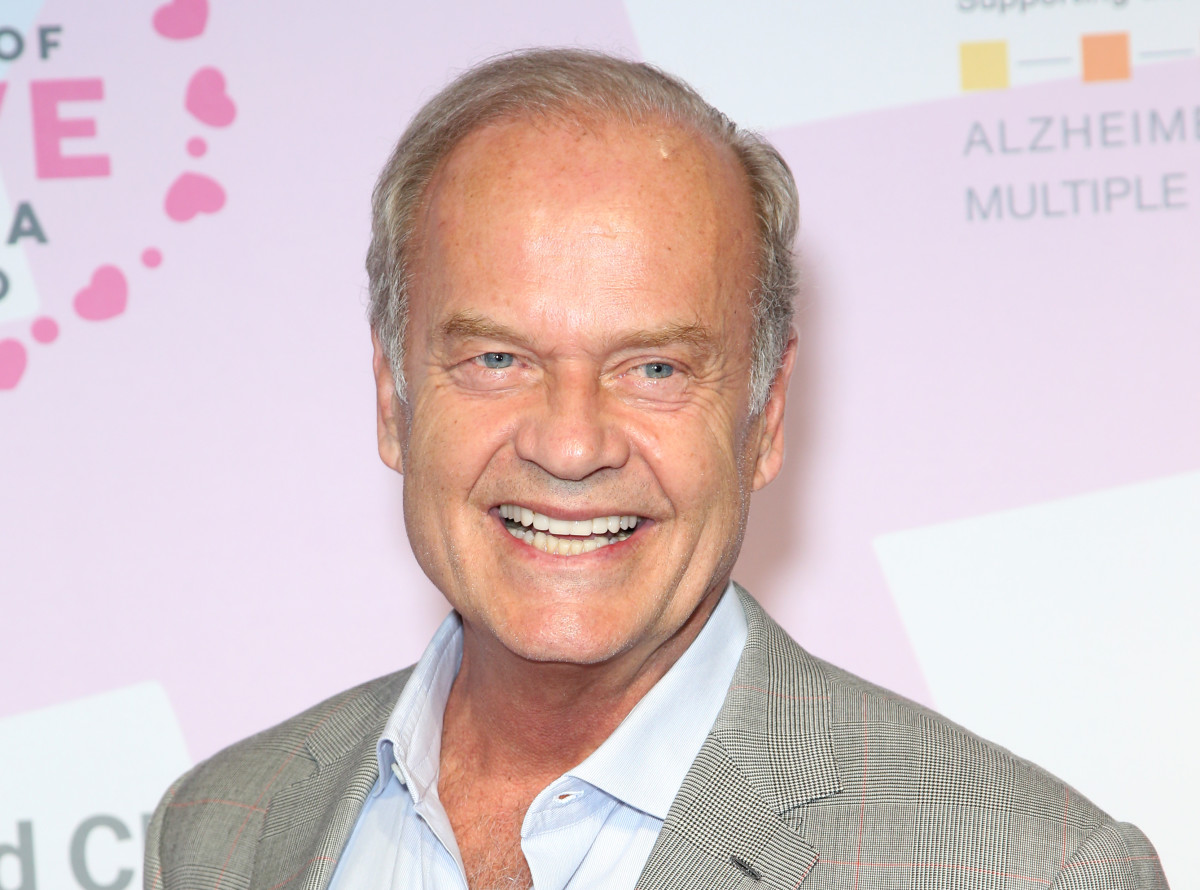 Kelsey Grammer has been able to enjoy one of the longest-lasting and successful careers in television in the history of the small screen. At one point in time, he was the highest paid actor on TV. That sure raises the question as to Kelsey Grammer’s net worth in 2022.

In the years since Frasier’s end, Grammer has continued to work both on screen and on the stage. With varied roles from the X-Men franchise to Unbreakable Kimmy Schmidt, he has been able to keep his name in the news. On top of his stellar career, considering his ex wife is a former castmember of Real Housewives of Beverly Hills, his personal life has been interesting as well.

Here is everything you’ve ever wondered about Kelsey Grammer’s net worth.

How did Kelsey Grammer become famous?

Kelsey Grammer attended one of the most prestigious acting schools in the world, Juilliard, in the mid-70s. By the early 80s, he was making a name for himself on the stage, including appearing on Broadway in Shakespearian productions. However, it was not until Grammer landed what was supposed to be a 6-episode arc on the hit show Cheers that he became a household name. That arc turned into a role as a regular cast member and the rest is history.

According to Celebrity Net Worth, today Kelsey Grammer has a net worth of an estimated $80 million.

How is Kelsey Grammer so rich?

The majority of Kelsey Grammer’s wealth comes from his time on the hit NBC show Frasier. For the final two seasons of the show, Grammer was reportedly paid $1.6 million per episode for each 24-episode season. At the time, that price tag set the record for the highest-paid TV actor of all time. In addition to his salary from the previous nine seasons and the residuals the show earns him, Frasier accounts for a lot of Grammer’s money.

See also  'Crown,' 'Interview With the Vampire' among TV highlights

Related: Fans Are Torn About the Frasier Reboot, Here’s Why—Plus, What We Know About the Series So Far

How much did Kelsey Grammer make per episode of Frasier?

Grammer’s salary for Frasier increased as the show went on. As stated above, for the 10th and 11th seasons, Grammer was earning a whopping $1.6 million per episode. While we don’t have an exact amount for his salary for the previous seasons of the show, we can imagine it was still sizable if that’s where he ended up!

What is Camille Grammer-Meyer’s net worth?

As demonstrated by her net worth, Camille Grammer-Meyer is very much still rich, with an estimated net worth of $50 million.

How much did Kelsey Grammer’s wife get?

Kelsey Grammer has been married four times. However, the most infamous divorce the TV psychiatrist has gone through has been with ex Camille Grammer-Meyer. Grammer-Meyer received an estimated $30 million settlement in their divorce. Whoa!

Did Kelsey Grammer have a prenup?

When Kelsey Grammer wed ex wife Camille Grammer-Meyer, the two did not sign a prenuptial agreement. As as result, that probably accounts for the hefty settlement she was able to receive from the Emmy Award winner.

How much child support does Kelsey Grammer pay?

At the time of their divorce in 2011, Kelsey Grammer was paying ex wife Camille Grammer-Meyer a reported $41,000 a month in spousal and child support, according to court documents. However, that number is probably no longer true today—Grammer now actually has seven children in total with four different women.

See also  What was John Lennon’s Net Worth When he Died?

How much does Kelsey Grammer pay in alimony?

As stated above, at the time of his divorce from Camille Grammer-Meyer, she was receiving $41,000 in spousal and child support from him. This was in addition to the reported $30 million settlement she received in the divorce. However, it is unlikely Grammer is still paying alimony to his ex as she has since remarried.

Does Kelsey Grammer get royalties from Frasier?

Many actors earn an incredible amount of money from royalties when they have starred in a hit show and Kelsey Grammer is no exception. It is estimated that Grammer earns a reported $13 million every single year in royalties from Frasier. Sign me up!

Who was the highest-paid actor on Frasier?

How much did Kelsey Grammer earn from Frasier?

While Kelsey Grammer has never publicly stated how much he has earned from his time on Frasier, we can make some assumptions from what we do know. We are aware Grammer was paid $1.6 million per episode for the final two seasons of the show, earning him around $38 million per season, or $76 million total. In addition, Grammer has reportedly been making $13 million per year from residuals from the show, which went off the air in 2004. So, with the residual money combined with the salary Grammer would have earned for the first nine seasons of the series, we can estimate that Grammer could potentially have earned well over $200 million total, if not close to $300 million, from Frasier.

See also  What is Karen E Laine's net worth? How the 'Good Bones' star went from attorney to renovating homes

Related: 21 Frasier Quotes That Still Make Us Laugh Out Loud

How much did Kelsey Grammer make on Cheers?

Kelsey Grammer has remained tight-lipped about the amount of money he made during his time on Cheers. Considering the fact that he was only a supporting character and joined the cast in the third season, we can imagine he was making significantly less than he made while starring on Frasier.

How much did Kelsey Grammer make from Girlfriends?

Many people are not aware that Kelsey Grammer was an executive producer on the UPN and later CW series Girlfriends. However, he has not publicly discussed the amount of money that he earned from his behind-the-scenes role on the series—though we highly doubt it was Frasier money.

Next, Kelsey Grammer gives an update on the Frasier reboot!