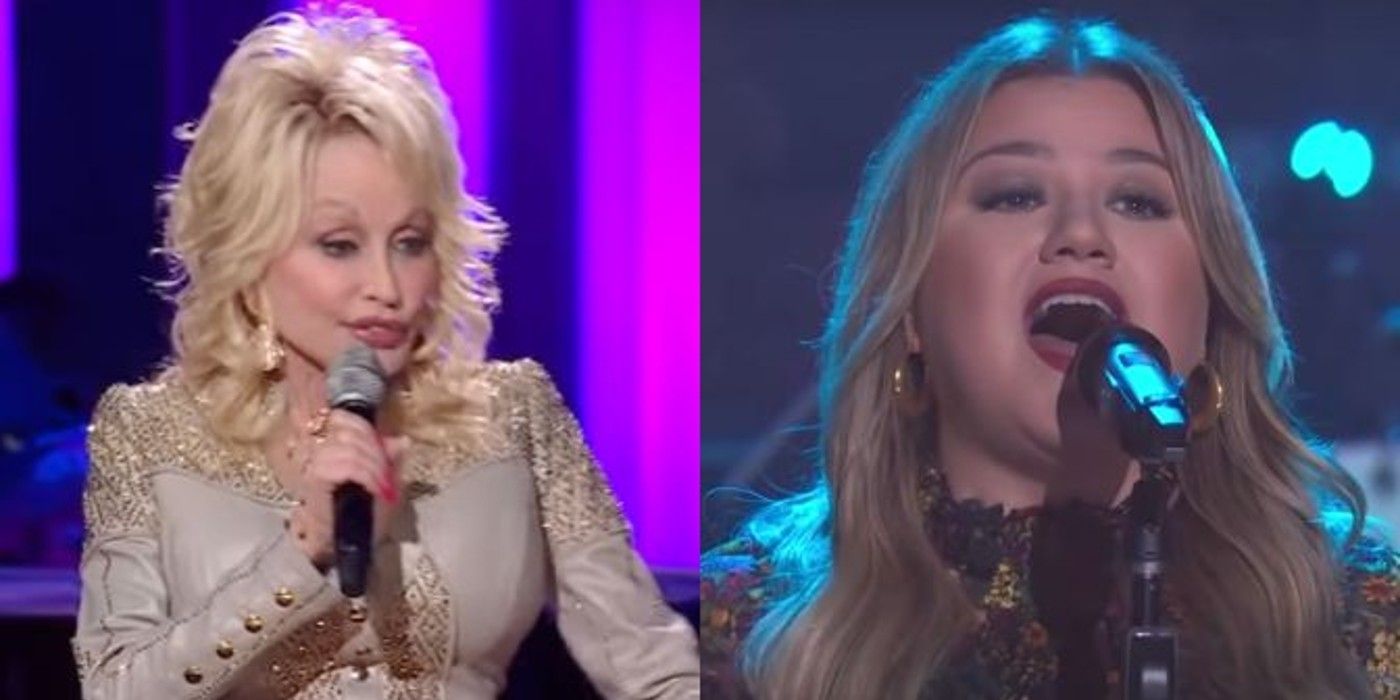 The Voice coach Kelly Clarkson announces she will be taking the stage at the upcoming Academy of Country Music Awards for a Dolly Parton tribute.

The Voice coach Kelly Clarkson announced that she will be performing a Dolly Parton tribute at the ACM awards. While Kelly’s post-American Idol career focused more on the early to mid-2000’s pop-rock sound, the star began to cross over into the country genre some time in the early 2010’s. The Voice coach teamed up with established country singer Jason Aldean, her Voice season 21 team mentor, in 2010 for their duet, “Don’t You Wanna Stay.” Three years later, Kelly married now ex-husband Brandon Blackstock, Reba McEntire’s former step-son, in 2013, cementing herself in the country music family. Back in 2007, Kelly did an episode of CMT’s Crossroads with Reba, and the two re-recorded Kelly’s song “Because of You” as a duet.

The American Idol season 1 winner has shown her love for Dolly in the past when she covered the country music singer’s hit song “Jolene” at a concert in 2015. Then in 2019, during the series premiere of The Kelly Clarkson Show, the singer put together a music video-turned-live performance of Dolly’s “9 to 5.” While Kelly was not involved, Dolly also received a special tribute during the 2019 Grammy awards. The performance featured performances from Katy Perry, Kacey Musgraves and Dolly’s goddaughter, Miley Cyrus.

Dolly is now receiving another tribute at the ACM Awards, and Kelly Clarkson is the lucky performer. Kelly broke the news on Twitter, announcing that she’d be honoring the singer-songwriter, who is also hosting the show. “One word: DOLLY. That’s right, y’all! I’m so excited to announce that during this year’s @ACMawards, I’ll be performing a tribute to the show’s host @DollyParton!” Kelly tweeted. The show will stream live on March 7 on Prime Video.

Aside from hosting, Dolly will also be performing with fellow country singer Kelsea Ballerini before Kelly takes the stage for the special tribute. Kelly has become known for her beloved covers. During her talk show, she often does a segment called Kellyoke where she blows fans away with her vocals on some popular songs. Most recently, Kelly shared a Kellyoke cover of “Faith” by George Michael.

If anyone were to honor Dolly at the ACMs, Kelly is the woman for the job. The star proved her incredible vocal and performance skills when she won American Idol back in 2002. As a coach on The Voice, the star surely knows what she’s doing when it comes to singing. Fans absolutely adored her 2019 cover of “9 to 5,” so it seems she’s the perfect fit for the tribute. As Dolly is one of the most beloved singers of all time, fans will be tuning in to see the special ACM tribute show.

Next: The Voice: Kelly Clarkson Shockingly Claims She ‘Won’t Get Married Again’

Sister Wives: Why Kody Brown Is Still Grieving His Divorce

Gina Wurtz is a Reality TV News Writer for ScreenRant.

Ruben Randall - May 4, 2022 0
Money
Donald Trump, the king of reinvention, has a new moniker: entrepreneur in the technology sector. It’s a stretch for the 75-year-old, who avoids email...