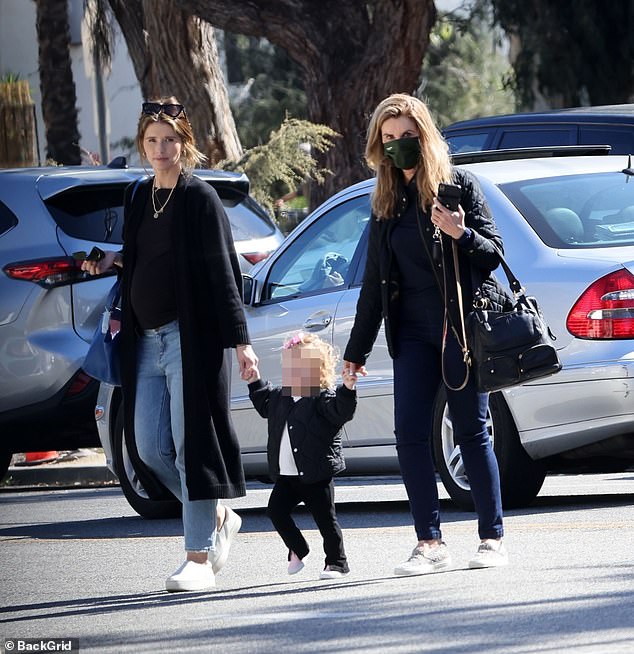 By Sonia Horon For Dailymail.Com

Katherine Schwarzenegger looked relaxed as she enjoyed a sunny girls day out with mom Maria Shriver and daughter Lyla on Thursday in Los Angeles.

The eldest child of Arnold Schwarzenegger showed off her burgeoning baby bump in a black T-shirt and blue jeans during the outing.

The author, 32 – who is currently expecting her second child with actor Chris Pratt, 42 – helped her one-year-old practice walking as they crossed the street holding hands.

Relaxed: Katherine Schwarzenegger, 32, looked relaxed as she enjoyed a girls day out with mom Maria Shriver, 66, and daughter Lyla, one, on Thursday in Los Angeles

Katherine opted to stay warm by covering up in a long black sweater, and paired the look with chunky white shoes.

The brunette beauty – who’s written three self-help books – accessorized her look with gold hoops and an array of necklaces.

She pinned her luscious brown locks into a casual updo with a floral pink hair clip, and sported a pair of black shades atop her head. 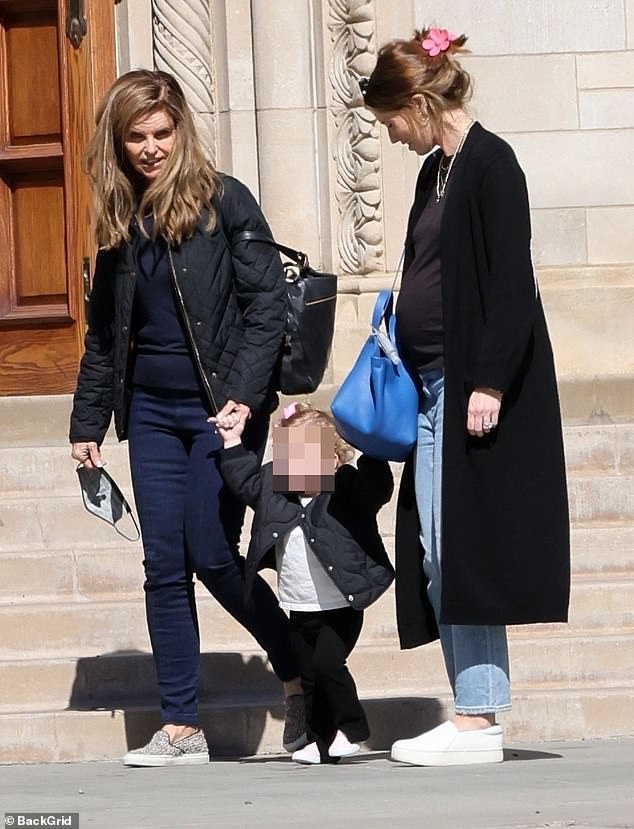 Bumping along: The eldest child of Arnold Schwarzenegger showed off her burgeoning baby bump in a black T-shirt and blue jeans during the outing

The Los Angeles native added a pop of color to her laid-back look with a bright blue purse slung over her shoulder.

See also  Every reported free agency deal for all 30 teams

The journalist wore her voluminous brunette tresses parted on the side and cascading down her shoulders.

Little Lyla matched her grandma in a quilted navy jacket, which she wore with a white T-shirt, black pants, and white shoes. The toddler also sported an adorable pink bow in her curly blonde hair. 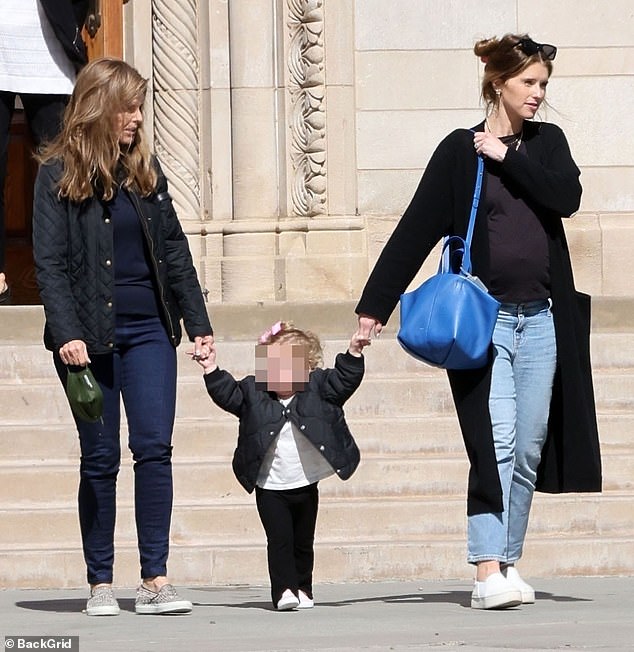 Sweet trio: The author and her mom helped the one-year-old practice walking as they crossed the street holding hands

Katherine and Chris were officially confirmed to be dating in July of 2018 and tied the knot in 2019.

The couple welcomed their daughter in August 2020. Several news sources reported that Schwarzenegger was pregnant for a second time this past December, which was subsequently confirmed.

Chris was previously married to his former co-star Anna Faris, 45, with whom he shares son Jack, nine.

The two tied the knot in 2009 and remained together until they split in 2017, with their divorce being finalized the following year. 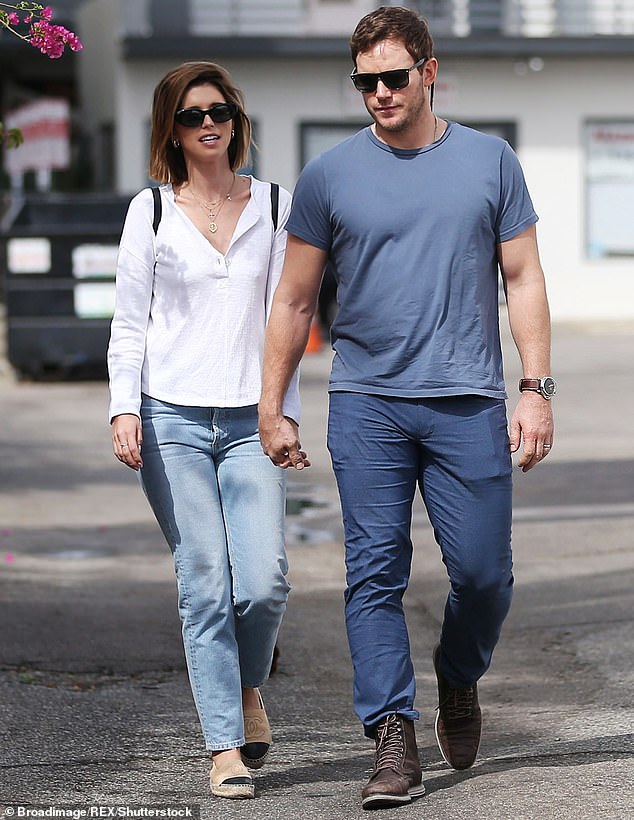 Going strong: Katherine is expecting her second child with husband Chris Pratt, 42. The couple were married in 2019; Pictured in September 2019 in Los Angeles

‘Poster Child’ of the Tech Meltdown

Ruben Randall - June 28, 2022 0
Money
Atlanta rapper Young Thug, one of the country’s most successful hip-hop artists, is facing 20 years to life in prison after being arrested and...