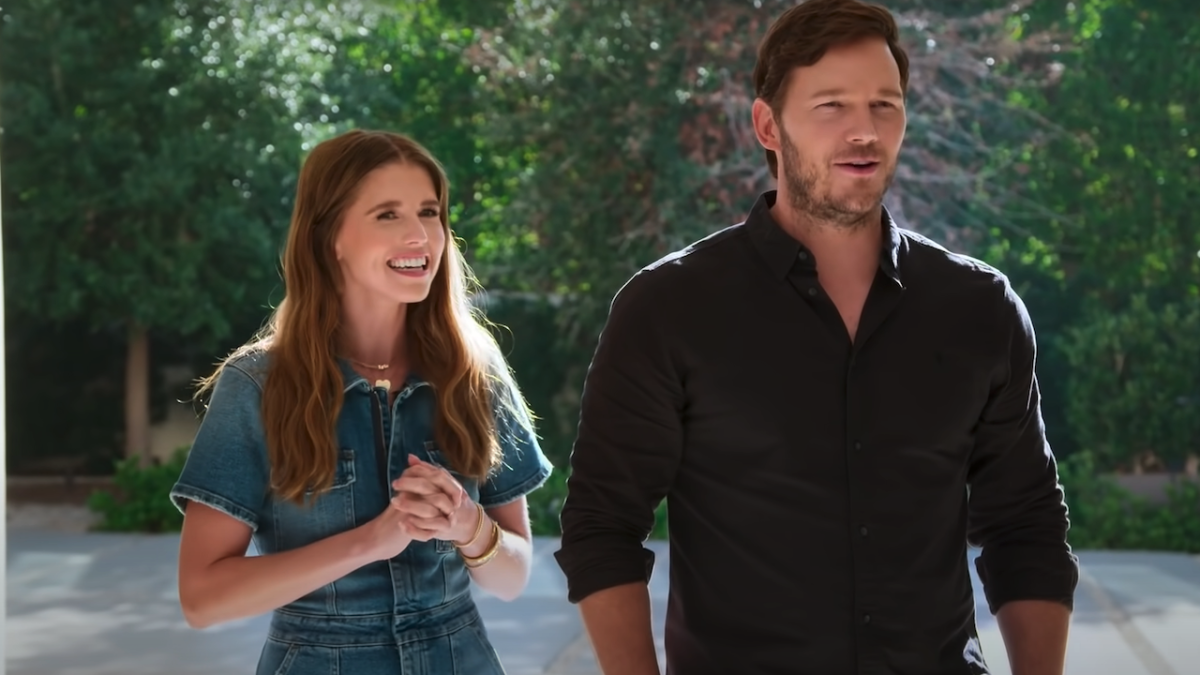 Back in May, Chris Pratt and Katherine Schwarzenegger welcomed their second child: Eloise Christina Schwarzenegger Pratt. Based on social media posts, the two have seemed overjoyed about having another little one around the house. Now that their baby is nearly five months old, Schwarzenegger is opening up about what it’ like to be a mother of two girls. And from the sound of it, the two siblings are really getting along.

Chris Pratt and Katherine Schwarzenegger are raising sisters now, and as Katherine recently shared, the now two-year-old Lyla reacted well to no longer being the only baby in the family. In her words:

Lyla took an interest in baby dolls right before I had Eloise, which was really perfect for me. So I think when I originally brought her home from the hospital it was very much like I was bringing home a real-life baby doll.

While speaking to People, the author and mother of two found that her two daughters began getting along immediately and called Lyla the “sweetest and most gentle, excited older sister.” And based on the star’s comments, that sibling relationship is only blossoming with time:

She loves her and loves to spend time with her, and just to see their relationship forming already is really heartwarming and makes me really excited.

Katherine Schwarzenegger aims to ensure that her kids’ lives are kept private and doesn’t show her children’s faces in photos shared on social media, but this is an adorable update. In addition to their daughters, Chris Pratt also has a 9-year-old son with Anna Faris named Jack, who Schwarzenegger said also gets along with the sisters. Overall, she’s really grateful to have a big family, especially since she came from one herself:

Katherine Schwarzenegger, 32, is the eldest daughter of Arnold Schwarzenegger and Maria Shriver and has a younger sister named Christina Maria, who seems to have been the inspiration for Eloise and Lyla’s middle names. The Schwarzenegger girls have three younger brothers in Patrick, Christopher and Joseph Baena, who was recently a contestant on Dancing With The Stars.

Chris Pratt’s wife of three years recently wrote a children’s book called Good Night, Sister, which is inspired by her memories of having a sister growing up. Now it also works for her growing family since she’s a mother of two daughters. And now the book, which is her fifth, can now serve as some prime bedtime reading material when it comes to her own daughters.

The sisters may not know it just yet, but their father is one of the biggest blockbuster stars of this generation. Many of Chris Pratt’s movies have been big hits and, come next summer, he’ll star in the final Guardians of the Galaxy movie, which wrapped production earlier this year. Additionally, Pratt will voice Mario in The Super Mario Bros. Movie, hitting theaters on April 7, 2023.

Between their dad and their grandfather, Lyla and Eloise definitely have some serious cinematic lineage and may want to pursue acting themselves one day. However, given how much fun they’re having with them right now, I’m sure Katherine Schwarzenegger and her hubby aren’t in a rush for them to grow up.

Ruben Randall - May 23, 2022 0
Celebrity
An appearance by “the queen of American sopranos,” Renee Fleming, and a season ending “Twilight of the Gods” concert that will feature selections...