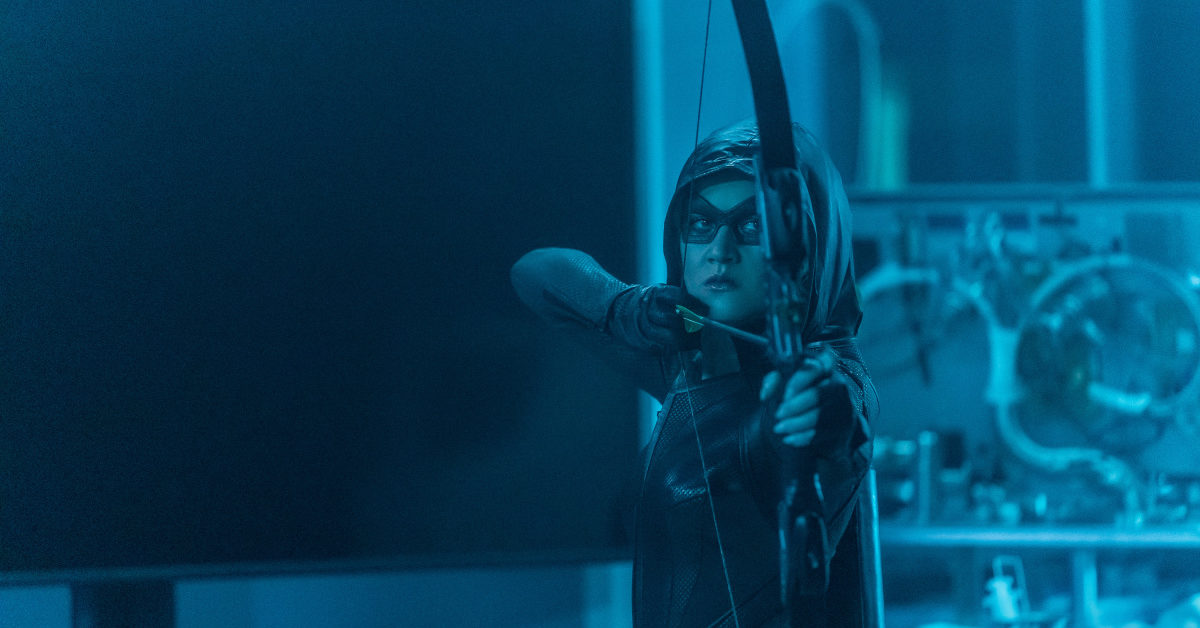 By now, Arrowverse fans know the story of the Arrow spinoff that would never come to be. That’s right, we’re talking about Katherine McNamara‘s Mia Queen & “Canaries” Laurel Lance (Katie Cassidy) and Dinah Drake (Juliana Harkavy) reuniting for Green Arrow and the Canaries, building off a “backdoor pilot” regular season episode of Arrow entitled “Green Arrow and the Canaries.” Thankfully, McNamara would be able to revisit the role of Mia during the final chapter of The Flash Season 8 inner-season crossover event, “Armageddon.” In an interview with Looper to promote her The CW series Walker Independence, McNamara discusses if she would return to the “Arrowverse” before it wraps up its run, how she sees Mia’s future shaping up, and the one storyline McNamara believes “Arrowverse” fans deserve an answer to. Here are the highlights:

McNamara’s Ready to Sling Arrows Again, So Just Say The Word: “If you need a Green Arrow, throw that sigil up in the sky, and I’ll come a running- any chance to throw that suit back on again. Mia is such a special character to me and always will be.”

McNamara Wants William Found: “It means a lot, and it’s been an honor and a privilege. I take it very seriously, that responsibility. Put me in all of them. I would love to dive back in and participate in any iteration. There’s a part of me that cannot rest until I find William. I can’t leave a Queen child out there floating in the Arrowverse without resolving that story.”

McNamara Believes Arrowverse Fans Deserve Answers: “The fandom deserves it [a resolution to the William storyline], and… I love Ben Lewis so much, and I can’t stand that he’s missing, and we haven’t resolved this storyline, but I keep campaigning for it as much as I possibly can. I have zero control over the matter, but if I have any say in the matter, I will find William.”

McNamara Sees More to Mia’s Future: “Some of the aspects we saw in [‘The Flash: Armageddon’] were very interesting. Mia is very much this lone wolf, and she has a hard time opening up to people and has a hard time being on a team. She grew so much while she was on ‘Arrow.’ Then, we saw her a year later, having been so obsessed with the hunt for her brother and so consumed by her guilt in the matter. Seeing where that pushes her and seeing her on that precipice is interesting. Getting to push that a bit farther, given whatever has happened to William, might be harrowing, but also might open up some new colors to Mia.”

McNamara Wants to Show Mia’s Personal Side: “I would like to see Mia find some love. She’s very lonely. She needs a hug, somebody to love her. She’s caught between the two Diggle brothers, and who knows, maybe there’s someone else out there in the Arrowverse.”

Ruben Randall - September 17, 2022 0
Celebrity
WASHINGTON — A package of bills that Democrats hope will curb any future Trump-like presidents passed the House Thursday, advancing measures that could...