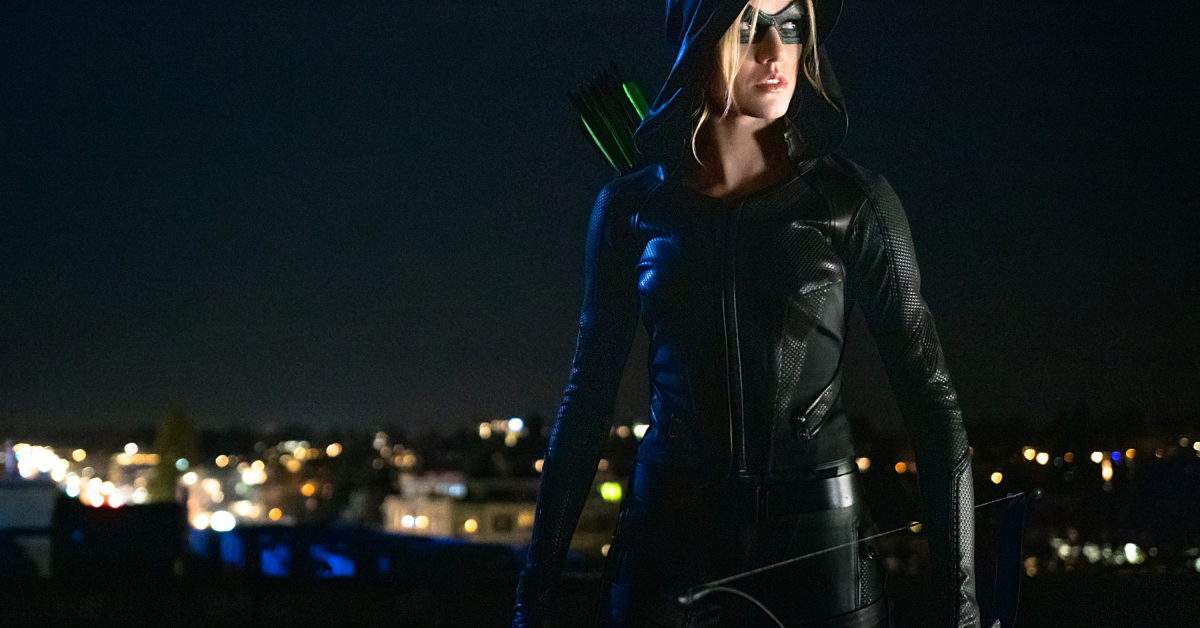 On Tuesday, November 16, The CW’s The Flash kicks off its eighth season in a big way with the five-part special event “Armageddon.” When a powerful alien threat arrives on Earth under mysterious circumstances, Barry (Grant Gustin), Iris (Candice Patton), Caitlin (Danielle Panabaker), and the rest of our heroes will find themselves being pushed to their limits in a desperate battle to save the world from a threat unlike any they’ve faced before. Joining “Team Flash” in this do-or-die moment are Javicia Leslie‘s Batwoman, Brandon Routh‘s The Atom, Cress Williams‘ Black Lightning, Chyler Leigh‘s Sentinel, Kat McNamara‘s Mia Queen, and Osric Chau‘s Ryan Choi. But on the big bad side, we have Tom Cavanagh‘s Eobard Thawne aka Reverse-Flash, Neal McDonough‘s Damien Darhk, and Tony Curran‘s Despero. Now, McNamara is offering some thoughts to TV Insider on what viewers can expect, what it was like returning for the crossover, if Mia has a future in the Arrowverse post- “Armageddon,” and more- here are some of the highlights: 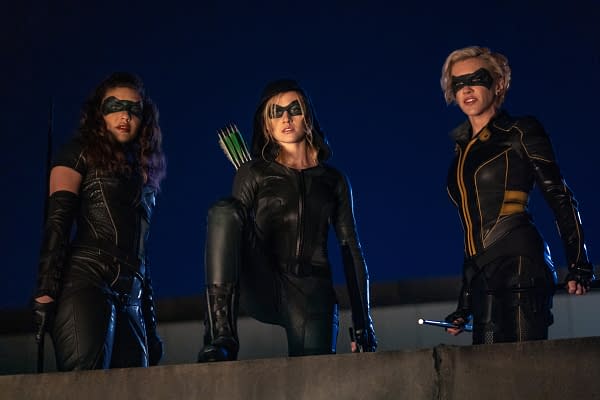 Viewers Can Expect to Learn a Little About What Mia’s Been Up To: “What I can say is that the Mia we know and love is back, and there were a lot of questions left and a lot of unanswered plotlines and things like that that people have been wondering about — where is Mia and what has she been up to and how has all this affected her story moving forward? We get some information on that moving forward, as well as, of course, Mia gets roped into the whole ‘Armageddon’ of it all as it were and I can’t wait for people to see it. I was so thrilled and impressed and just humbled by the fact that they not only asked me to come back, but that they wrote a story for Mia that really means a lot, and I think will mean a lot to the Arrowverse fandom as well.”

Mia Makes a Fashionable Return During “Armageddon”: “I can say that I spent a good portion of the episode in a cocktail dress in heels, which was very different for Mia, but a lot of fun. Mia’s always a fish out of water wherever she ends up. She’s very much a lone wolf and keeps getting thrown into these situations where she’s just uncomfortable. But now that we have this combination of pre and post-‘Crisis’ Mia having her memories back, it’s interesting to see how she is way more comfortable in these situations than she used to be. But it’s still the old Mia as well. So there’s a lot of Oliver [Stephen Amell] still left in her.”

Mia Will Be Making Her Parents Proud, Showing Off the Best That “Olicity” Taught Her: “It very much is an amalgamation. It’s something that I was really focused on in creating the character and something that the writers were really amazing about creating — having Felicity’s intelligence and sense of humor and tenacity, but having Oliver’s brute force and penchant for vengeance and kind of a lot of his masculinity as well plays into Mia, given that she was trained by Nyssa al Ghul [Katrina Law] and given that she was brought up, at least in one reality, in kind of a harsh way. … She’s very independent and very autonomous. That plays in not only to her and her upbringing and her parentage but also to the character of the Green Arrow. But we do see a lot of both sides of Mia in this new iteration. And it’s really nice to see. I think people will be happy.”

Mia Looks to Be Spending Some Serious Quality Time with Team Flash: “I was mostly with the folks from ‘The Flash’, but it’s just so great to be a part of [it]. It’s such an awesome world, and I had a great time with Grant on the last crossover I was able to do [‘Crisis on Infinite Earths’] and just getting to be back there, that whole crew is amazing. I love my time on ‘The Flash’ set every time I’m there, both in the last crossover and then in this ‘Armageddon’ event, and it feels like you’re back home. I had a moment putting on the suit, which is something I didn’t think I would ever get to do again, for the first time back at my fitting. And I teared up a little bit because it feels like home and it just feels right. And you’re instantly made to feel like you belong. It means a lot that they were kind enough to ask me back.

Yes, McNamara’s More Than Happy to Keep Slinging Arrows in the Arrowverse: “This is what I always say about the Arrowverse and about the CW: They are such a pleasure to work with, and it’s one of those situations where if you’re not dead — and sometimes even if you are dead — there’s always a way to come back. And if they will have me, I would be more than happy to come shoot arrows with them anytime.” And McNamara already knows what shows she would have in mind. “I’ve done ‘Legends [of Tomorrow]’, which I would love to go back to. I’ve done ‘Flash’, which I’d love to go back to, but I have friends on all the shows, so I would love to go hang out with Tyler [Hoechlin] and Bitsie [Tulloch] on ‘Superman & Lois’,” McNamara revealed. “I would love to go hang out with Javicia [Leslie] and Camrus [Johnson] on ‘Batwoman’. I think Mia would get along with the Batwoman crew really well. Camrus is one of my favorite humans on this planet and I’ve never worked with him, so I think it would be a blast.”

Ruben Randall - January 14, 2023 0
Actor
Source: Getty ImagesActor Dave Franco has long stepped out of his brother James Franco’s shadow with his accolades. Since the 2010s, Dave has...