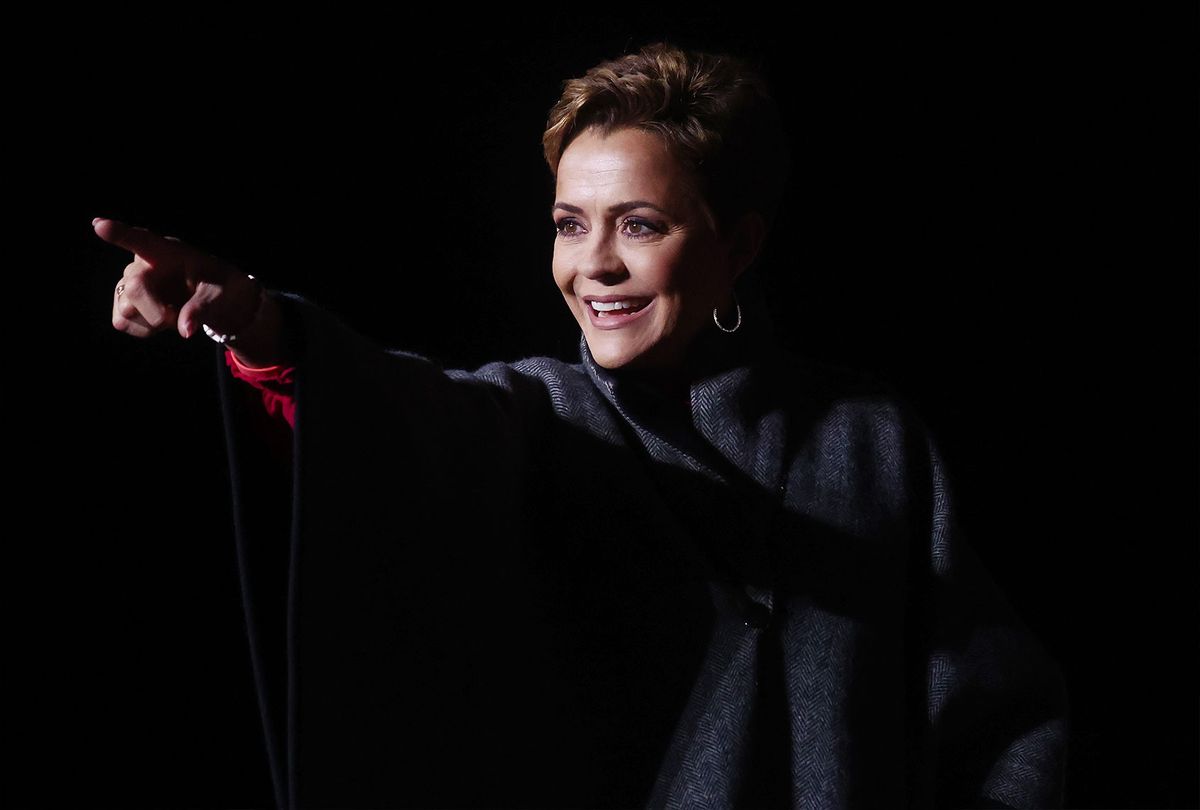 While appearing on a Saturday edition of Steve Bannon’s right-wing podcast, Lake suggested that Republicans fear her more than Democrats.

“It just shows you how dangerous the RINO-class of the Republican Party is,” she complained. “I believe they’re in cahoots basically with the [George] Soros types on the left. And this is why they stabbed President Trump in the back on the fourth of November and we remember that.”

“This is the Cindy McCain branch of the Republican Party,” the candidate continued. “They’re not Republicans. They’re globalists and they want — I think they want an end to America. They want a globalist agenda, a new world order, whatever you want to call it.”

She concluded: “And we want America. We want our Constitution and we want our constitutional rights intact. And that’s what they’re afraid of.”

Lake said that this year’s election would be the “last gasp of the McCain machine.”

“They’re literally watching it slide away,” she explained. “This is their last stand.”

Watch the video below from Real America’s Voice:

Ruben Randall - September 9, 2022 0
Actor
The third eldest of Arnold Schwarzenegger’s kids, Patrick shares his father’s love for acting. A model and actor himself, the son of the...