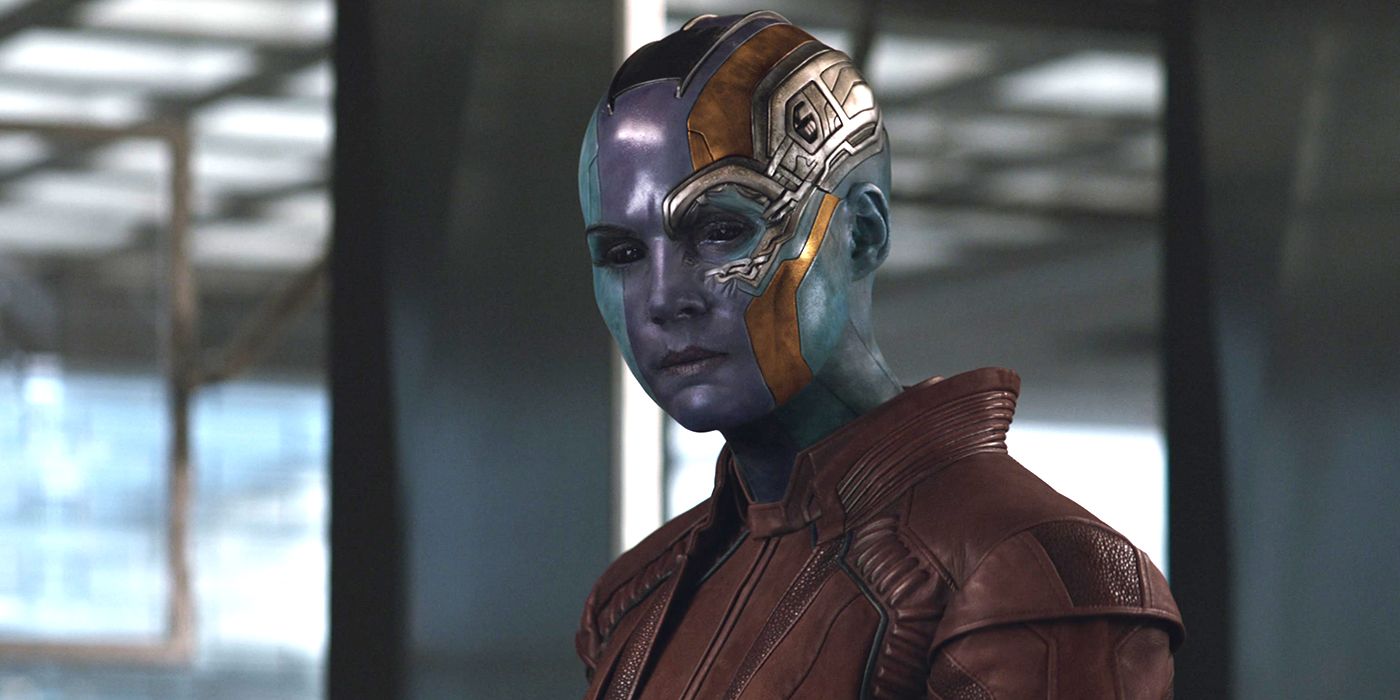 Karen Gillan reveals her one hilarious Avengers: Endgame regret in which she didn’t take the opportunity to shout out her other major franchise.

Karen Gillan reveals her one hilarious Avengers: Endgame regret in which she didn’t take the opportunity to shout out her other major franchise. The 2019 superhero epic served as the culmination of the first three phases of the Marvel Cinematic Universe and the conclusion of The Infinity Saga as Thanos has seemingly succeeded in his plans to wipe out half of the galaxy’s population with the use of the Infinity Stones. The surviving members of the Avengers must come together and devise a plan involving time travel in the hopes of reversing Thanos’ devastating actions and saving the world once more.

Avengers: Endgame saw the returns of the majority of MCU stars led again by Robert Downey Jr., Chris Evans, Mark Ruffalo, Chris Hemsworth, Scarlett Johansson, Jeremy Renner, Don Cheadle, Paul Rudd, Gillan, Gwyneth Paltrow, Bradley Cooper and Josh Brolin. Helmed by MCU vets Anthony and Joe Russo on a script from Christopher Markus and Stephen McFeely, the film was a mammoth success upon its release as critics hailed it for its emotional weight, action sequences and performances from its cast and the film hauling in over $2.798 billion worldwide, breaking multiple box office records. Though Avengers: Endgame was praised for its continuation of and conclusion to various character arcs, one star wishes they had done something a little different in the film.

One fan recently took to Twitter to share their disappointment in Karen Gillan not taking the opportunity to reference Doctor Who during a key sequence in Avengers: Endgame. The actress responded to the callout by noting her failure to think of the show while filming the scene “haunts me” paired with a laughing emoji. Check out the funny reveal below:

A few years before she would break out in Hollywood as Nebula in James Gunn’s Guardians of the Galaxy films, Gillan was best known for her work as Doctor Who companion Amy Pond. She first appeared as the character in season 5 of the long-running sci-fi series and worked alongside Matt Smith’s celebrated Eleventh Doctor, eventually departing in season 7 and returning for the 2013 Christmas special “The Time of the Doctor” to take part in Smith’s departure from the franchise. The Avengers: Endgame scene Gillan references in her hilarious regret sees the various members of the team discussing possible methods of time travel and nodding to various media involving time travel, which could’ve included Doctor Who’s TARDIS had Gillan been quicker on the gun.

Though she may regret not sneaking in a Doctor Who reference for the film, Karen Gillan has frequently spoken out about her enjoyment working on Avengers: Endgame, in which she got to improvise the opening sequence with Downey Jr. The actress has also expressed her excitement for MCU future, hoping to see the character rebuild her life after the death of Thanos in Guardians of the Galaxy Vol. 3 and to continue playing Nebula after Gunn’s trilogy capper. While audiences await her return to theaters in May 2023, they can revisit her epic battle against Thanos and a past version of herself with Avengers: Endgame available to stream on Disney+.

Everything Everywhere All At Once Was Filmed in Under 40 Days

What is the Bank Balance of Chris Tucker and How He Earns?

Ruben Randall - February 9, 2022 0
Money
One of those artists is the iconic rocker Buddy Holly, who influenced early Beatles songs and even the way they dressed, according to Texas...