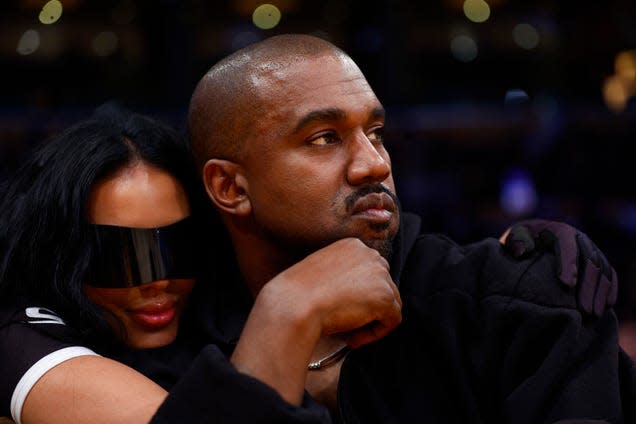 Can you imagine Kanye West dodging bill collectors with an estimated net worth of over $2 billion dollars? Yeah, I can’t either but apparently, that’s precisely what’s going down these days, as the David Casavant Archive, a high end fashion rental service is suing the rapper over failing to return items and pay associated fees.

According to Insider, Ye owes a couple hundred thousand dollars for several “rare, esteemed pieces” that have yet to make its way back to the company. The David Casavant Archive boasts being a New York City treasure trove of “the world’s rarest and most coveted garments.” The website also mentions that what makes this museum-like curation of clothing different from other collections, is that it actually lends its pieces out to celebrities, and other highly regarded (and wealthy) patrons.

Yeezy has apparently been a client for years alongside other industry professionals such as Rihanna, Lady Gaga, and Paul McCartney. Up until now, it was seemingly business as usual, but according to a complaint filed on Tuesday, the 45 year old designer and entrepreneur stopped paying rental fees on the items in his possession as of October, 2020.

“When defendant Ye would occasionally lose items that he had rented from the Archive, defendant Yeezy was billed the replacement fee,” Billboard reported via the company’s lawyers. “All parties understood (as expressed orally and in writing and reflected in many years of prior dealings) that because the garments are not commodities that are easily replaceable.”

Although we hate to see it, this isn’t the only lawsuit out there with Ye’s (legal name) on it. House music artist Marshall Jefferson is also suing West for the illegal sampling of their 1986 track, “Move Your Body,” which is featured on a recent single, “Flowers” on the “Donda 2” album.

Diddy’s Role in Dr. Dre Sabotaging His Apple Deal and How...