Teen Mom 2 star Kailyn Lowry had fans reminiscing about the days she and Javi Marroquin used to be together after sharing throwback photos of them from over the years.

“Time flies when you’re arguing with @javim9 and @bigglos350,” she wrote with a laughing emoji on Friday, February 25, after recording with the duo on her “Barely Famous​​” podcast. “What was the biggest takeaway from this episode?”

In one of the flashback snaps, Javi, 29, can be seen kissing Kailyn, 29, on the cheek, giving some of her followers hope for a romantic reconciliation.

“You guys are still in love with each other and I think with some therapy you guys can make it work,” one social media user commented. “Right person — bad timing,” another added, while a third resounded, “OK but y’all were actually really cute together.”

The exes, who were married from 2012 to 2017, discussed how their dynamic is a “work in progress” at this point, especially after having drama on-screen and off-screen. “Javi goes above and beyond for his kids, both of them,” Kailyn said about their son, Lincoln, and his other son, Eli, shared with ex Lauren Comeau.

Rumors have been swirling for months that Javi and Kailyn are giving their love another shot. However, in August 2021, the 16 and Pregnant alum’s rep shut down those theories, telling In Touch exclusively they are “not back together.”

“With how involved they both are in their son Lincoln’s football activities, Javi has carpooled with the boys and his phone has been connected for that reason,” Kailyn’s rep doubled down at the time. “Simply innocent coparenting!”

In addition to her son Lincoln, 8, Kailyn also is mom to son Isaac, whom she shares with ex Jo Rivera as well as sons Lux and Creed shared with ex Chris Lopez. 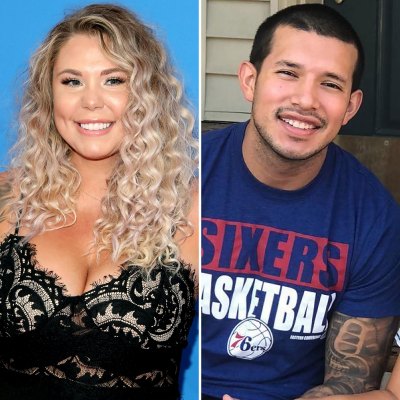 It’s been an exciting time for the mom of four, who recently moved into her new “Delaware” dream house after months of constructions and renovations.

“Literally obsessed with my new house and kitchen,” she captioned a snap in her Dover-based abode in January 2022, adding, “Truly so thankful to be here.”

Prior to that, the Pothead Haircare founder shared a snap showing her stainless-steel appliances and gorgeous tile counters while gushing over how excited she was to cook there for the first time. Javi poked fun in the comments, writing, “Ground beef and calling it ‘taco night’ ain’t cooking.”

Ruben Randall - October 31, 2021 0
Money
Since 2005, Canelo Alvarez has fought 59 times. Throughout his extensive professional boxing career, he has racked up 56 wins, 2 draws against Gennady...