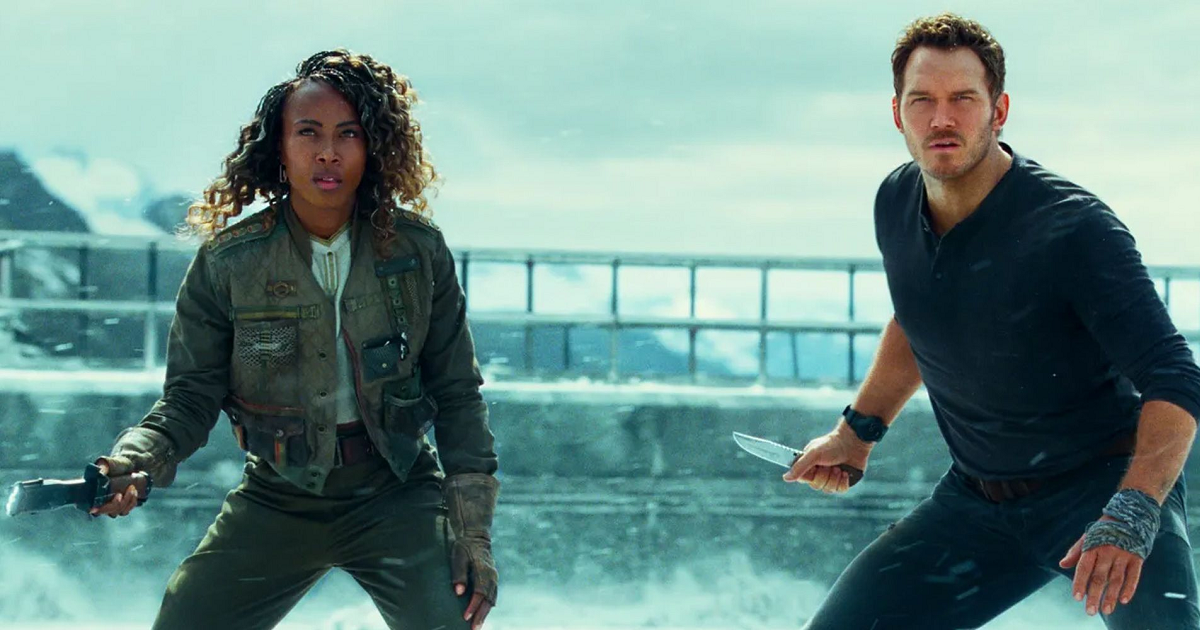 After four years of waiting, Jurassic World Dominion is finally hitting the box offices this upcoming June. Fans have been on the edge of their seats, as the film has confirmed the return of fan-favorites to fight alongside the new cast. One of the new characters will be Kayla Watts, played by DeWanda Wise (The Harder They Fall), who is a pilot that teams up with Clarie Dearing (Bryce Dallas Howard) and Owen Grady (Chris Pratt). The actress recently spoke with ComicBook.com to talk about the character, and during the interview confirmed that the character is bisexual.

“It’s important, and it’s also important to me that we continue to expand the conversation beyond looking for the kiss. If you’re queer, you’re queer … I said what I said. All the time. You don’t turn it off. It doesn’t matter if your partner’s in the cockpit with you. It just is a statement of being. So that was one of the things just in her DNA, in her dino DNA, ensuring that she is who she is. Kayla is bi, and that’s just, it is what it is.”

While the announcement is exciting, this is also coming after the franchise faced criticism from the LGBTQ+ community. In 2018’s Jurassic World: Fallen Kingdom, Dr. Zia Rodriguez (Daniella Pineda) dropped a line that revealed she doesn’t date men. The line was eventually cut before the film’s release.

“I look at Chris and I’m like: ‘Square jaw, good bone structure, tall, muscles – I don’t date men, but if I did, it would be you’. I love that I’m looking at Chris Pratt, like the hottest guy in the world and I’m just like, ‘it would gross me out but I guess I would do it’. It was cool because it was a little insight into my character, but they cut it.”

Related: Jurassic World: Dominion Director Addresses Why There Are No More Hybrid Dinosaurs

The Jurassic World franchise is another in the list of movies that have been struggling with queer representation. While the writers, directors, and actors are usually on board for showcasing the concept of queer people existing in these beloved worlds, it’s usually the higher-ups that call for cuts or rewrites. This is to avoid controversy and boycotts both within the United States as well as in other countries.

Disney has especially been facing heavy criticism for how it handles queer representation in its major films, such as a blink-and-you-miss-it kiss from Star Wars IX: The Rise of Skywalker, or a gay citizen in Avengers: Endgame talking about losing his loved ones. Disney, after facing heavy criticisms in the past few months, has been actively defending the queer representation in their movies, like America Chavez’s two moms in Doctor Strange in the Multiverse of Madness and the restoration of the sapphic kiss in Lightyear. Director Colin Trevorrow spoke about the future of the Jurassic movies, expressing excitement about what another director could bring to the franchise. Perhaps another new director could bring more queer rep to the franchises we love? Who knows at this point.

“People were just conditioned to believe that nothing ever ends anymore. What I get excited about is knowing what some young filmmaker envisions, like what new ideas. I, at one point, had a very clear vision for where we could take this and what this could be. And I laid that out to Steven Spielberg and he gave me this opportunity and I would love to be able to give that opportunity to some little kid who’s playing with dinosaur toys in a sandbox right now. And he or she has a vision and I want to hear it.”


Caroline is a longtime admirer of film, music and the arts. She’s been giving movie opinions online (warranted or not) for over a decade, and putting those thoughts to Movieweb since early 2021.