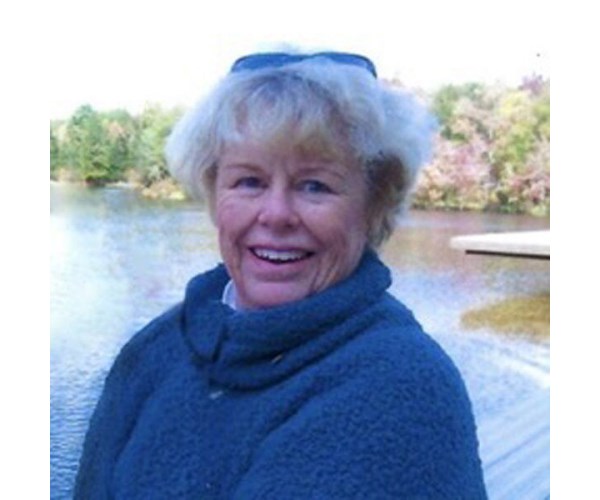 Originally from Winnipeg, Manitoba, Canada, Judy lived in Mountain Top from 1969 until 1985, at which time she moved to Tannersville. From there she moved to Deerfield Beach, Fla., in 1995. Judy returned to the Wyoming Valley in 2018 to be near her family.

In addition to her parents, she was preceded in death by her sister, Jane Jackson Oddleifson; and her brother, Ted Jackson.

Judy led an active and interesting life wherever she was. Growing up in Canada, she especially enjoyed lake time at the family cottage on Star Lake, Manitoba, and visits to Victoria Beach on Lake Winnipeg. Judy enjoyed waterskiing in summers and was an excellent figure skater. She was an avid golfer and holds the honor of being the first woman to score a hole-in-one at the Wilkes-Barre Municipal Golf Course in 1980. She was an amazing cook and enjoyed entertaining a wide variety of friends from St. Paul’s Lutheran Church, Mountain Top, her women’s groups and for neighborhood events in Glen Summit. In 1983, Judy earned a degree in hotel and restaurant management and enjoyed a 20-year career in the hospitality industry. By far, her most favorite place she worked was the Inn at Meadowbrook located in the Pocono Mountains of Pennsylvania. In addition, Judy loved to travel, attend concerts and professional sporting events along with spending time visiting with her family in Canada. Near and dear to her heart was supporting her son, Scott, at over 100 amateur motocross racing events during the 1980s and ’90s. Upon moving to Florida, she became a fan of the Florida Gators football team. She rarely missed watching a game. Judy embraced the beach life and enjoyed watching, from her apartment balcony, many amazing boats go up and down the Intracoastal Waterway.

The family would like to thank the staff at Highland Park Senior Living and Hospice of the Sacred Heart for the exceptional care they provided Judy. They truly made a difference in the quality of her life. We would also like to thank her extended family and friends from the U.S. and Canada who touched her with their love and joy.

A celebration of Judy’s life will be held in Winnipeg, Manitoba, later this year. There will be no local services.

In lieu of flowers, the family asks that donations be made in her name to the Alzheimer’s Association at www.alz.org.

After years of instability, can Woodcroft lead the Oilers back to Cup glory?

Ruben Randall - March 10, 2022 0
TV/Movies
Sign up to receive Internet Insider, a daily newsletter from the Daily Dot, in your inbox. Hey everyone! Andrew here. Welcome to the Wednesday edition of Internet Insider.  We cover...