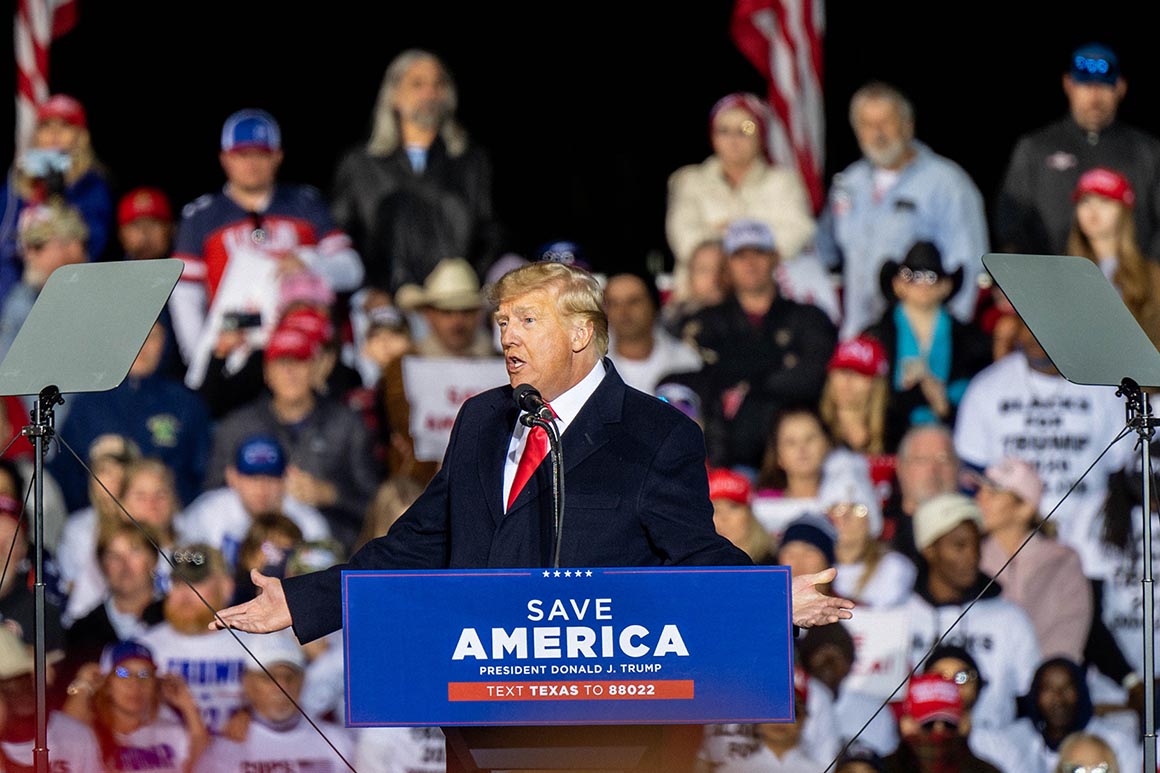 The ruling leaves Trump’s inner circle — and possibly the former president himself — vulnerable to another flurry of deposition subpoenas and document demands. The ruling also declares Trump potentially liable for conduct while he was the sitting president, a rare and momentous legal decision.

“To deny a President immunity from civil damages is no small step,” Mehta wrote. “The court well understands the gravity of its decision. But the alleged facts of this case are without precedent, and the court believes that its decision is consistent with the purposes behind such immunity.”

Trump has no immediate right to appeal the decision, but he could ask the judge for permission to do so.

The lawsuits against Trump were brought by a dozen Democratic members of Congress and multiple Capitol Police officers injured in the violence. They accused Trump of joining in a civil conspiracy with groups like the Proud Boys and Oath Keepers, who shared Trump’s goal of disrupting the transfer of power to Biden.

Mehta emphasized that Trump’s rally speech could be seen as legally amounting to making common cause with those seeking to violently disrupt the Jan. 6 session of Congress, the last step to officially certifying Biden’s victory.

Trump’s lawyers and his political backers have repeatedly noted that the former president told his supporters to march to the Capitol “peacefully and patriotically.” However, the judge said those were Trump’s “only” remarks during his address that seemed to discourage violence.

“Those three words do not defeat the plausibility” of the central conspiracy claim in the suit brought by the group of House members, Mehta concluded.

Mehta issued no final ruling on the legal merits of that claim, but ruled that it was legally sound enough to proceed to the discovery phase of the case.

“Importantly, it was the President and his campaign’s idea to send thousands to the Capitol while the Certification was underway. It was not a planned part of the rally. In fact, the permit expressly stated that it did ‘not authorize a march from the Ellipse,’” Mehta wrote.

“From these alleged facts, it is at least plausible to infer that, when he called on rally-goers to march to the Capitol, the President did so with the goal of disrupting lawmakers’ efforts to certify the Electoral College votes,” he continued. “The Oath Keepers, the Proud Boys, and others who forced their way into the Capitol building plainly shared in that unlawful goal.”

“People Are Living With Cancer”- Arnold Schwarzenegger Was Once Left Bewildered About Climate Change...

John Lennon’s Angry Letter to Paul McCartney Is Being Auctioned