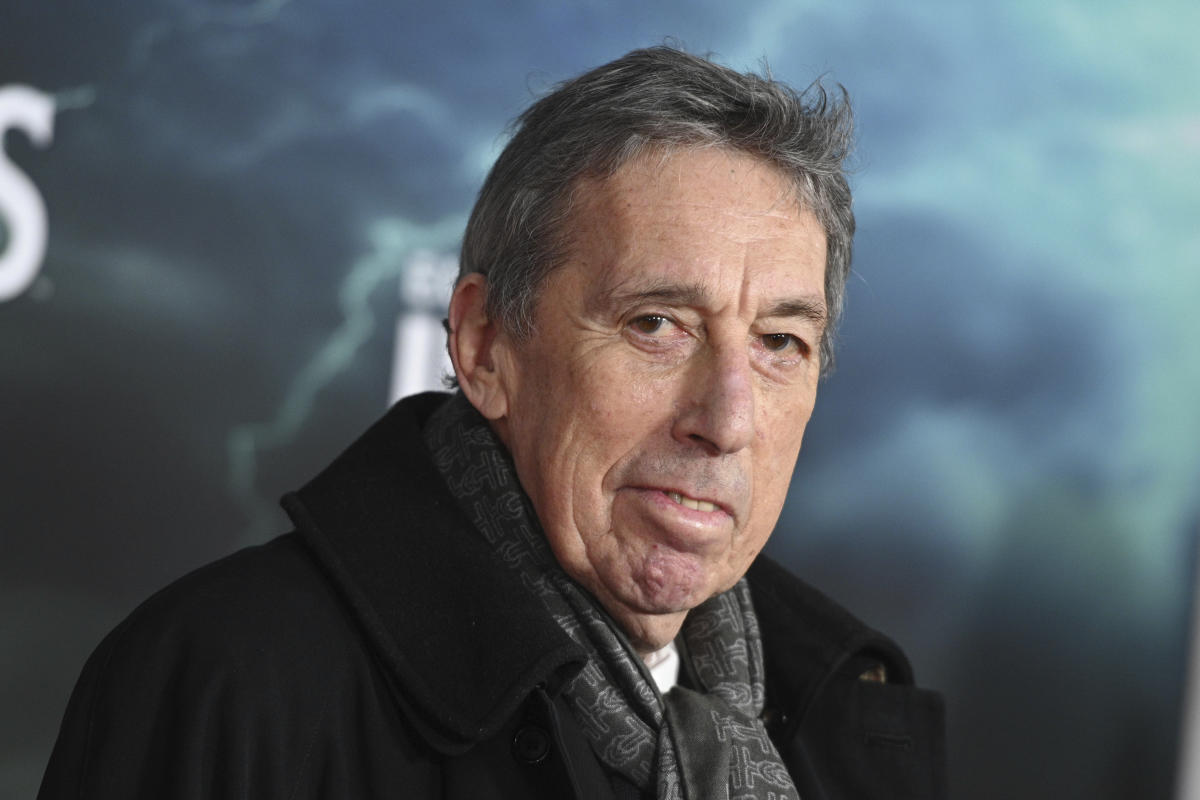 The comedy titan passed away at age 75; the Reitman family confirmed to the Associated Press that the director-producer died in his sleep.

“Our family is grieving the unexpected loss of a husband, father, and grandfather who taught us to always seek the magic in life,” his children, director Jason Reitman, Catherine Reitman, and Caroline Reitman said in a joint statement. “We take comfort that his work as a filmmaker brought laughter and happiness to countless others around the world. While we mourn privately, we hope those who knew him through his films will remember him always.”

In 2009, Reitman co-produced dramedy “Up in the Air,” which was co-written and directed his son Jason. The film, starring George Clooney and Vera Farmiga, landed an Academy Award nod for Best Picture and won the Oscar for Best Adapted Screenplay.

Reitman most recently appeared with a cameo in sequel “Ghostbusters: Afterlife,” directed by son Jason.

Filmmaker and “Ghostbusters” fans alike took to social media to share their condolences for the Reitman family and remember the director-producer’s impact on film as a whole.

“Opening night of Ghostbusters at UA Plainview was like a rock concert,” Judd Apatow tweeted. “The place exploded with joy. It was one of the most memorable moments of my childhood. Ivan Reitman influenced everything we all love about film comedy. A true legend.”

Kumail Nanjiani wrote, “A legend. The number of great movies he made is absurd. RIP. Ghostbusters is my first favorite movie ever.”

“I loved working with him,” the “Sex Lives of College Girls” creator said. “It’s sad he’s gone, it makes me feel older and like my childhood movies are more faraway than ever. RIP.”

“I’m in absolute shock,” Feig tweeted. “I had the honor of working so closely with Ivan and it was always such a learning experience. He directed some of my favorite comedies of all time. All of us in comedy owe him so very much. Thank you for everything, Ivan. Truly.”

Film critic Ty Burr called Reitman the “most influential filmmaker of his generation.”

“Tonight, the lady with the torch weeps, as do all of us at Columbia, and film lovers around the world,” Rothman said via the studio page. “Ivan Reitman was an inseparable part of this studio’s legacy, but more than that he was a friend. A great talent and an even finer man; he will be dearly missed. We send his family all our condolences.”

Ruben Randall - January 21, 2022 0
Celebrity
It is difficult to define, challenging to achieve and hard to quantify, but the FT’s Responsible Business Education Awards show that a positive...