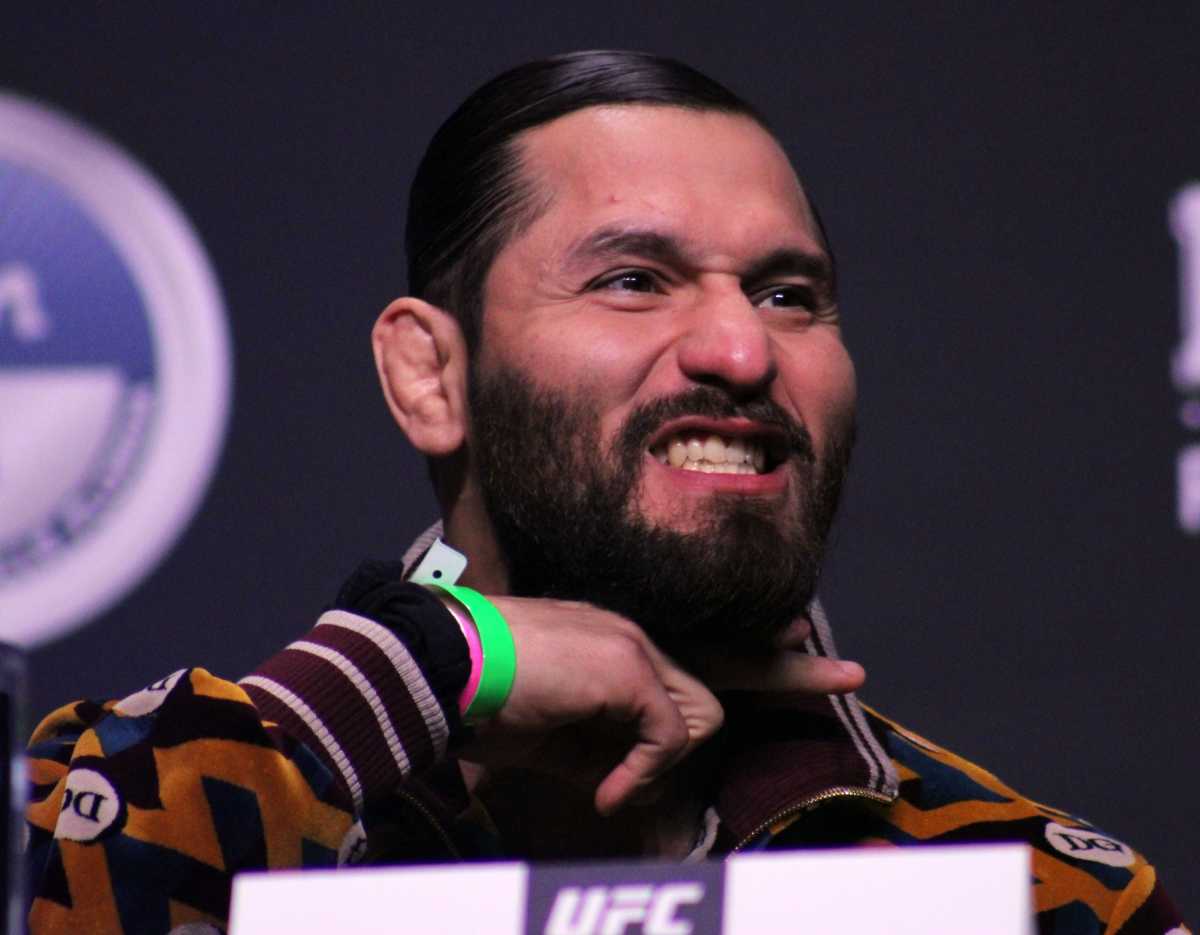 This is a nontitle main event, which is becoming increasingly rare for a pay-per-view. It is also not a No. 1 contender’s match for Kamaru Usman’s welterweight title. Both have fared poorly against Usman, each losing twice to the reigning champ. Instead, this competition will be fueled by the animosity between Masvidal (35–15) and Covington (16–3).

“I’ve got more knockouts than a lot of the guys in the top five have wins,” said Masvidal, who holds as many knockouts as Covington does victories. “I’ve got 50 fights. Not many guys ranked in the top 10 have that. I love fighting. I’m an old-school relic that can still f—— knock these f—— out. I can’t wait to get in there with Colby and do what I do.”

As teammates with American Top Team, the two became close starting in 2011. The friendship marked a partnership of two men from different worlds: a former Division I NCAA All-American wrestler from Springfield, Ore., joining forces with a proud street fighter from Miami.

But they drifted apart over time. Masvidal cut ties after Covington had a financial dispute with striking coach Paulino Hernandez, who Masvidal describes as a second father. Naturally, Covington disagrees with Masvidal’s account, and their frustrations with one another have only continued to intensify.

“At the time, we shared a few things in common,” Masvidal says. “I let him stay with me for about nine months. He broke his hand, so he didn’t even pay. He was washing dishes and folding clothes. I f—— fed him, too. He lived under my roof, but the second he had the chance to stab me in the back over a couple pieces of silver, he did.

“Now he’s the king of Miami? He’s born and raised in Oregon. I know I’m not everybody’s cup of tea, but Colby Covington is no one’s cup of tea.”

Jorge Masvidal looks to score one of his best victories against Colby Covington at UFC 272.

ATT eventually parted ways with both fighters. Covington joined the team at MMA Masters, while Masvidal eventually returned to ATT. As two fixtures of the welterweight division, it was inevitable that this fight would be made. And more than just winning the fight, Masvidal intends to put an end to Covington’s polarizing trash talk.

“You don’t have to be a piece of s— scumbag to sell pay-per-views,” he says. “You don’t need to insult wives or religions or kids. This is not how you sell pay-per-views, and I want the next generation to see this. Nothing about him sits well with me. I’m putting an end to this.

“No one wants to see him win. Everyone wants to see his fake-ass veneers come off his f—— mouth. He’s the type of person that insults a whole nation. He called Brazil a bunch of filthy animals. He insults women. Why does he bring up Amanda Nunes? Why does he bring up Joanna Jędrzejczyk? Why attack Dustin Poirier’s wife? It’s not generating pay-per-views. He’s just trying to get everyone’s attention to make a quick buck. We’re already going to get into some violent s—. There’s no need to talk about my country or my religion. That doesn’t sit well with me.” 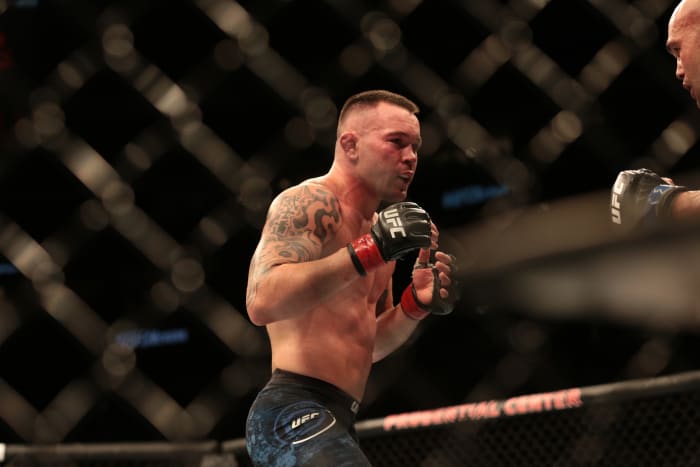 Colby Covington enters UFC 272 as a healthy favorite against Jorge Masvidal (not pictured).

On paper, this matchup appears to favor Covington. The strength of his wrestling-based offense has him listed as a sizable favorite, but whenever the two are standing, Masvidal has a shot at landing that walk-off strike.

A victory against Covington would rank among the most impressive feats of Masvidal’s career, especially if he can produce a memorable finish. A knockout win could even put him on a collision course with MMA’s most prominent figure, Conor McGregor.

“He’s another guy with a promotion and style of marketing that’s so s—,” Masvidal says. “I wouldn’t mind breaking that negative mother——’s face.”

The ceremonial BMF title could even be included to add some extra stakes to the bout, but Masvidal claims McGregor is not interested in the fight.

“The UFC has offered him huge money to get in the cage with me, but he’s turned it down,” Masvidal says. “Every time, he says he wants me to come down to 155 pounds. I haven’t been at that weight for five years. Why doesn’t he come up to 170? He fought Donald Cerrone at 170. He fought Nate Diaz twice at 170. Bottom line, he doesn’t want to fight. Conor doesn’t want to do it. So, he should stick to selling cheap-ass whiskey.”

Before visions of McGregor and dollar signs dance in Masvidal’s head, he has business to take care of in the octagon against Covington.

“I don’t know when it ends, but I’ll make a promise,” Masvidal says. “This will start violent, and this will end violent.”

Ruben Randall - March 13, 2022 0
Money
While many series have been cancelled in recent months, The Blacklist has not. The NBC crime-thriller is currently in its ninth season, and a...