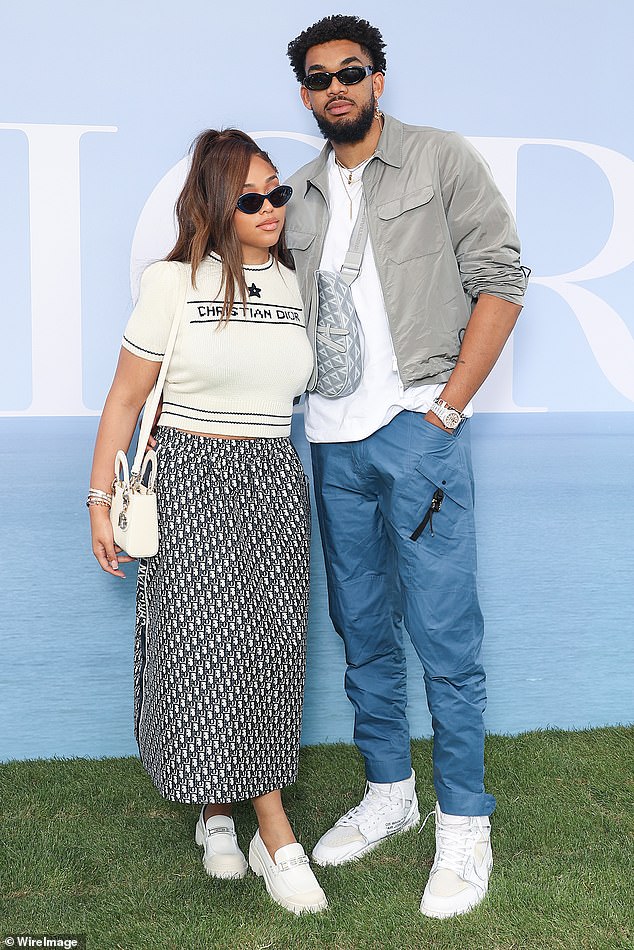 They’ve been in a relationship for two years.

And on Friday, Jordyn Woods made a style statement in a knit T-shirt and branded midi skirt as she and beau Karl-Anthony Towns attended the Dior Homme Menswear show at Val-de-Grâce School during Paris Fashion Week.

The influencer, 24, showcased her curves in the white top which clung to her body as she posed with her basketballer boyfriend, 26.

Jordyn oozed confidence as she posed in her midi skirt which boasted Dior’s logo in a repeat print pattern.

The raven haired beauty stepped out in chic white loaders and draped the long strap of a white Dior bag over her shoulder, while further accessorising with chic shades.

Karl-Anthony, who plays for the NBA team the Minnesota Timberwolves, kept things stylishly casual in blue combats and a white T-shirt.

The sports star layered up with a grey jacket and carried his belongings in a padded cross-body bag. 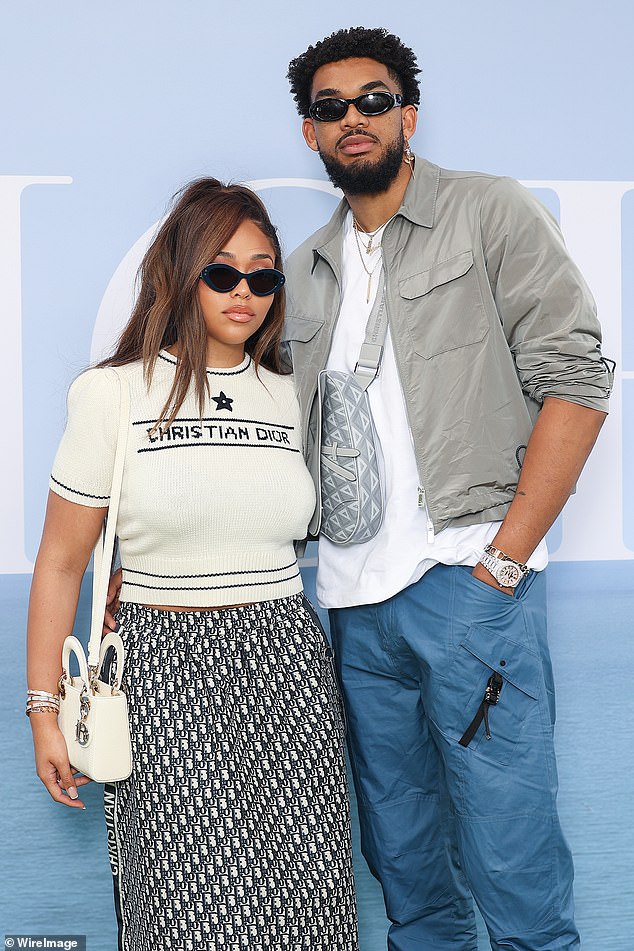 Branded: The influencer showcased her curves in the white top which clung to her body as she posed with her basketballer boyfriend

The exclusive runway show in the French capital welcomed a host of A-list stars, including Naomi Campbell, Taron Egerton and Carla Bruni-Sarkozy.

And the display didn’t disappoint, as a string of couture ensembles were featured on the outdoor catwalk.

Paris Fashion Week kicked off on Tuesday, with a host of shows set to take place up until Sunday evening.

Work it: The Dior Homme display didn’t disappoint, as a string of couture ensembles were featured on the outdoor catwalk 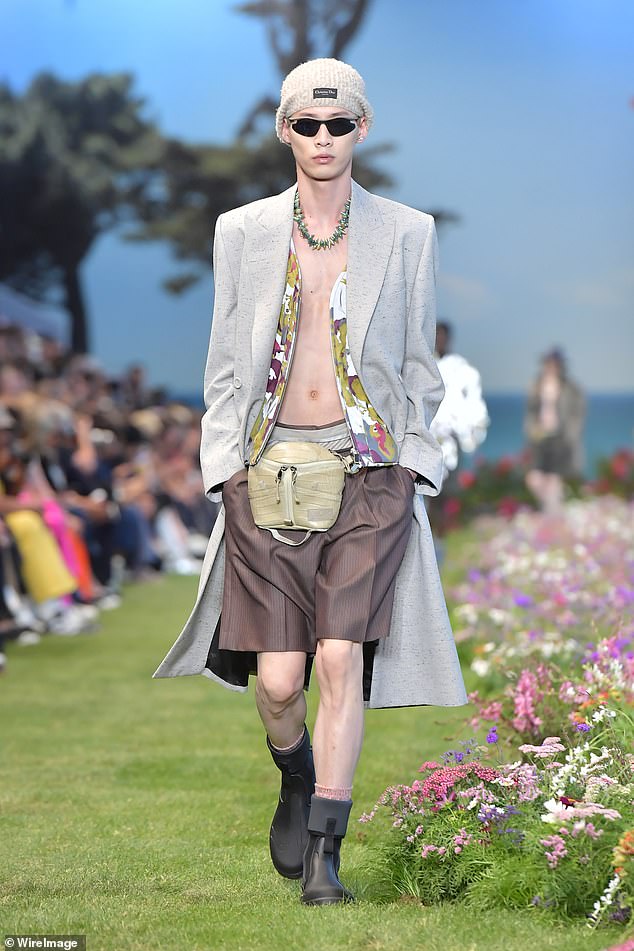 Exciting: Paris Fashion Week kicked off on Tuesday, with a host of shows set to take place up until Sunday evening

Jordyn and Karl-Anthony took a weekend getaway last month in May to celebrate a very special, two-year anniversary. Karl definitely didn’t hold back when it came to planning the romantic celebration.

TV personality Jordyn is known for her appearance alongside best friend, Kylie Jenner, in the series , Life Of Kylie. The two partnered together with Kylie Cosmetics and created the makeup collection Kylie x Jordyn in 2018.

However, their close friendship came to a halt when Jordyn was seen kissing Khloe Kardashian’s then boyfriend, Tristan Thompson.

In an interview on Red Table Talk in 2019, the former BFF of Kylie, owned up to the scandal, and explained that she apologized sincerely to the whole family.

Jordyn began entering the spotlight in 2015 when she signed with a modeling agency, and appeared at New York Fashion Week and also in an issue of Cosmopolitan magazine.

The star is also known for speaking out about body positivity. In a past interview with Refinery 29, the star discussed the hardships of the modeling industry, and how confidence in your own body is key.

‘I never was all, ‘body positivity! Love your curves!’ People just saw that I had confidence and happened to have curves and they were like, ‘oh wait, this girl is body positive,’ because I reflected that way.’ 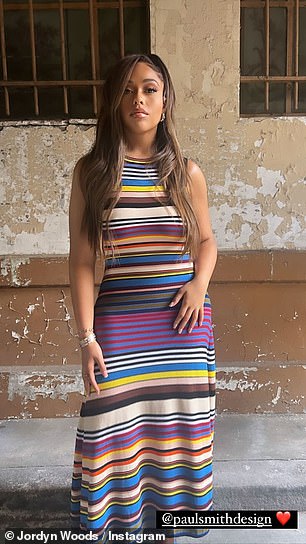 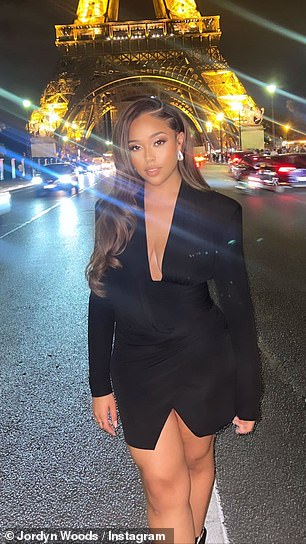 Posing: Jordyn shared a slew of snaps from her Paris getaway to her Instagram Stories on the same day, where she put on an unmissable display in a multi-coloured striped maxi dress 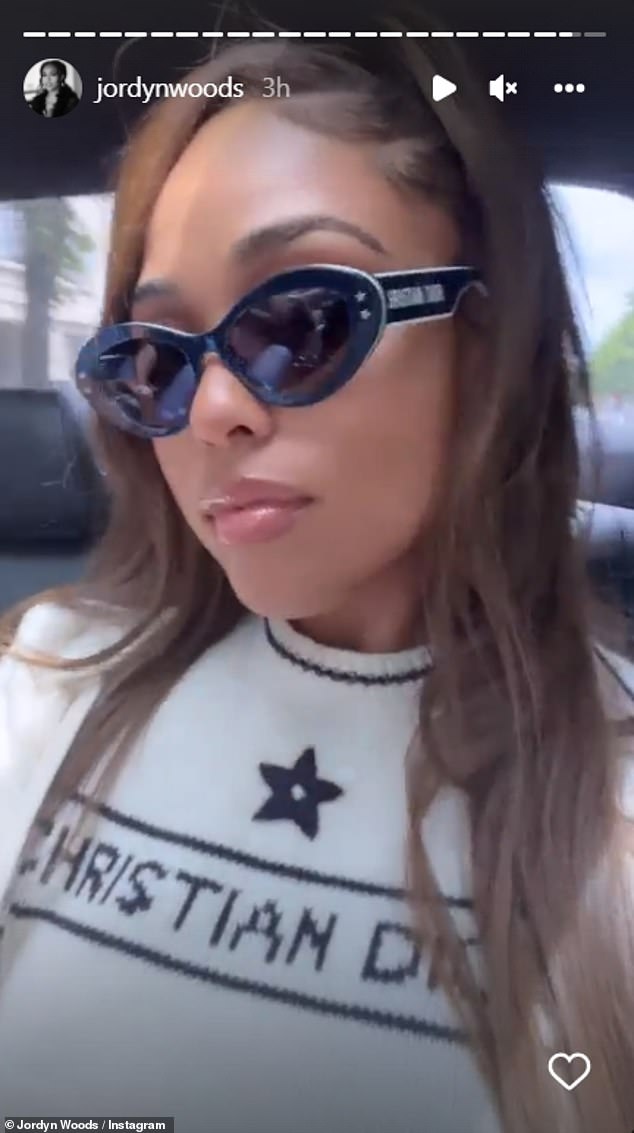 Gorgeous: Cutting a white Christian Dior sweater, she framed her face with a pair of sunglasses from the fashion house during a car journey in the French capital 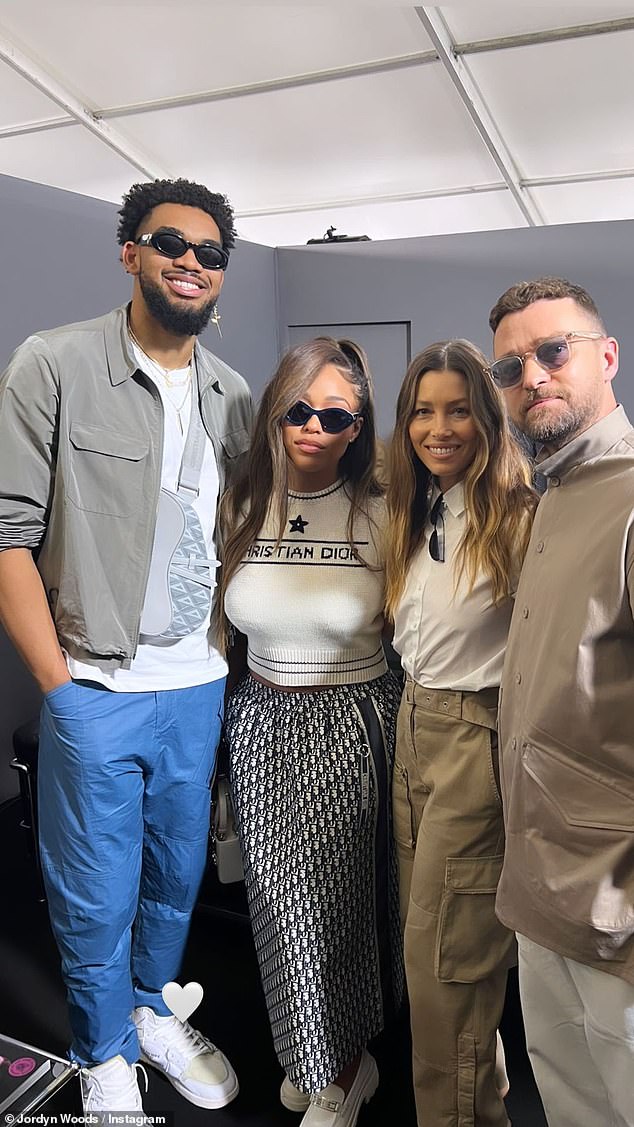 Gang: She and Karl-Anthony (both left) were joined by Justin Timberland (far right) and his wife Jessica Biel (centre right) at the fashion show 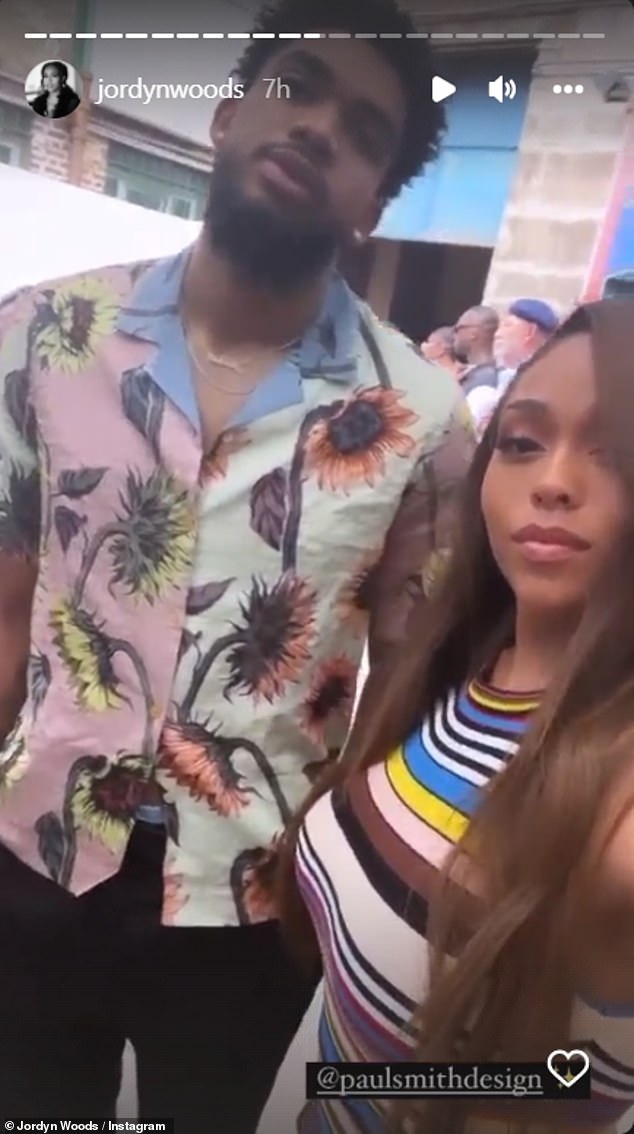 Cute: Jordyn and her man appeared to be in high spirits at a lavish Paul Smith event

When do Olivia Cooke & Emma D’Arcy appear in House of...