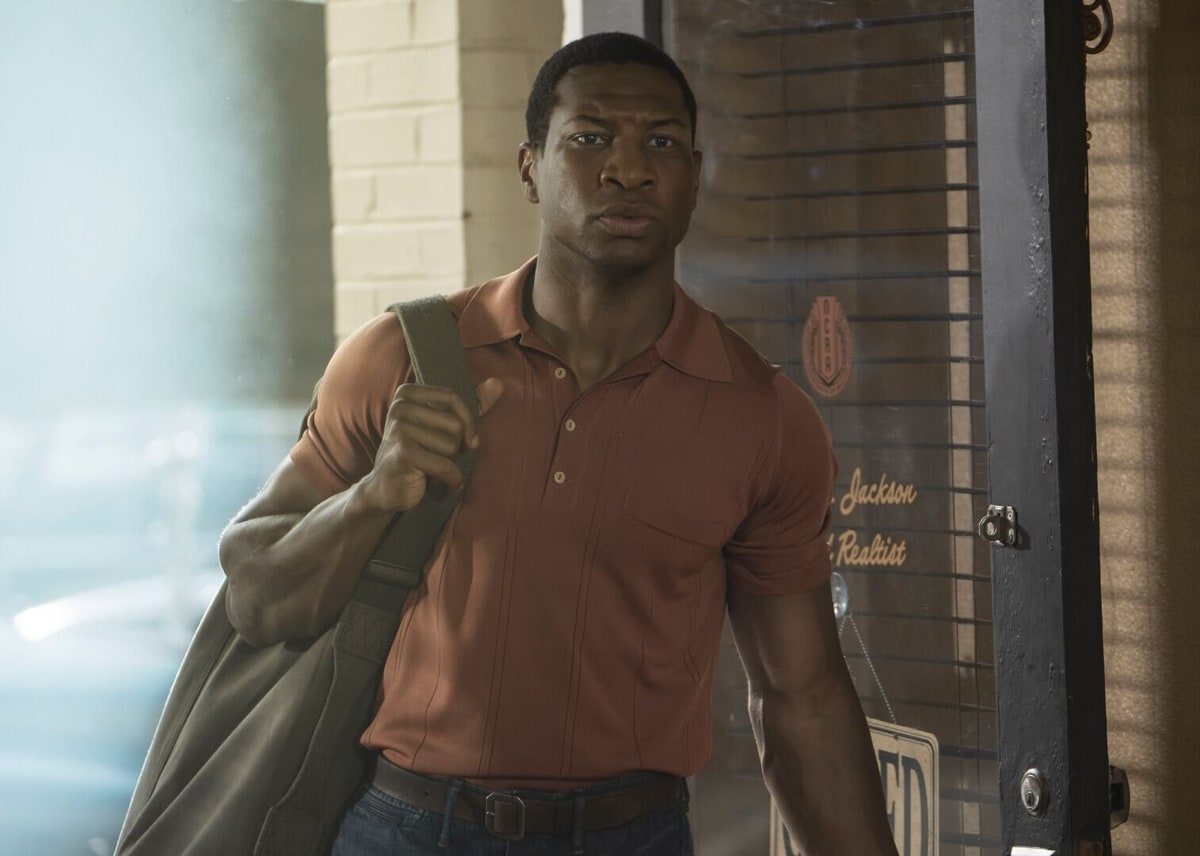 Jonathan Majors will soon take on the role of Jesse Brown in J.D. Dillard’s historical war drama DEVOTION, a film that tells the story of two Navy pilots who became unlikely friends and even more unlikely heroes in the Korean War. The upcoming military movie will certainly introduce Majors to a new audience, one that may have missed the various other film and TV roles that have made the young actor not only one of the most promising faces in Hollywood, but also one of the most interesting.

If you aren’t all that familiar with Majors, his career, and his incredible range and ability in front of the camera, don’t worry because we have you covered. Here, we will break down some of Majors’ most important performances as we retrace his path to DEVOTION before it opens October 14 at AMC Theatres nationwide.

Finding Success On The Big Screen

Before starting his career in film, Jonathan Majors attended Yale University where he obtained an MFA degree in acting in 2016. Majors would quickly put his education and talent to use in a series of movies that started with the 2017 Western HOSTILES that featured Christian Bale, Rosamund Pike, Timothée Chalamet, and multiple other notable stars. Following his portrayal of Corporal Henry Woodson, Majors landed the role of Johnny “Lil Man” Curry in the 2018 crime drama WHITE BOY RICK.

After the release of THE LAST BLACK MAN IN SAN FRANCISCO, Majors received a tremendous amount of praise for his portrayal of Montgomery Allen, the best friend of Jimmie Fails, played by Jimmie Fails, who helps the young man in his odyssey to reclaim his grandfather’s home. The young actor earned nominations at the Black Reel Awards® and Independent Spirit Awards® for his performance.

In the years following that, Majors appeared in movies like Spike Lee’s DA 5 BLOODS, and THE HARDER THEY FALL, the 2021 Netflix western that featured Idris Elba, Regina King, Delroy Lindo and LaKeith Stanfield.

Making A Mark On TV

But even before Jonathan Majors appeared in a major film production, he started to make his mark on TV. In early 2017, Majors landed his first role out of college when he earned a spot on the ABC miniseries “When We Rise.” Appearing on four episodes, Majors portrayed the younger version of LGBT activist Ken Jones, a prominent figure in the civil rights movement who later became the leader of San Francisco Pride. The late Michael K. Williams played an older version of Jones in the series which spanned 45 years.

Three years after making his TV debut, Majors returned to the small screen for the 2020 HBO horror drama “Lovecraft Country,” which further showed off the actor’s tremendous range. The show, which blended both horror and cultural themes, saw Majors take on the role of Atticus “Tic” Freeman, a Korean War vet who traveled through the segregated south in an attempt to locate his missing father. Not only did Freeman have to fight off racists in Jim Crow America, but he also had to take on unimaginable monsters. Unfortunately, the show was cancelled after only one season.

It wasn’t all bad news for Majors as the actor quickly landed his next role, one that would lay the groundwork for things to come in the Marvel Cinematic Universe. In the summer of 2021, Majors appeared in the “Loki” Season 1 finale as He Who Remains, a scientist who created the Time Variance Authority to prevent his variants from starting a destructive war throughout the multiverse. And even though we might not see this version of the character again, one of the mysterious figure’s variants, Kang the Conqueror, is gearing up to be one of the MCU’s biggest villains yet…

See also  Blog Wheel: Which Sesame Street Characters Would Be The Best To Eat?

What The Future Has In Store

Even after DEVOTION comes out this fall, there is a lot to look forward to from Jonathan Majors moving forward. One month after playing a war hero, Majors will step in the ring as the central antagonist in CREED III. Michael B. Jordan will be back as Adonis Creed, only this time the actor will also be serving as director for the first time in his career. Details are mum at this time, but it will be the first movie in the ROCKY franchise to not feature Sylvester Stallone’s “Italian Stallion.” CREED III is slated to open November 23 in AMC Theatres nationwide.

The hits will keep on coming for Majors in the months following as he will return to the MCU as Kang the Conqueror in ANT-MAN AND THE WASP: QUANTUMANIA. The time-traveling supervillain has long been a thorn in the side of both the Avengers and Fantastic Four in Marvel Comics, which could potentially set up the next major crossover event for the MCU. Not a lot has been revealed about the movie at this point but it is slated to open February 17, 2023.

Majors also has a couple other film projects in the works that should be released at some point in the near future. In October 2021, Deadline reported that Majors had been cast in Elijah Bynum’s bodybuilding drama MAGAZINE DREAMS. Not a lot of details have been revealed yet, but according to the report, the movie will center on an amateur bodybuilder who struggles to form meaningful connections with those around him.

See also  Animal Crossing: How to Get All Jock Villagers

In March 2022, Deadline revealed that Majors had been cast in Nadia Latif’s directorial debut, THE MAN IN THE BASEMENT. In the movie, which is based on Walter Mosley’s novel of the same name, Majors will play a down-on-his-luck man who is about to lose his family home when a mysterious man offers him a large sum of cash to rent out his basement for the summer. But there is no such thing as an easy and clean transaction. Expect to hear more about this project, and Majors’ other upcoming films, in the months to come.

As you can see, Jonathan Majors’ path to DEVOTION has been one hell of a ride, one that will keep going long after the military drama opens this October in AMC Theatres. In fact, this appears to be just the beginning.

Kardashian fans fear for Khloe as she admits she’s ‘the most broken she’s ever...