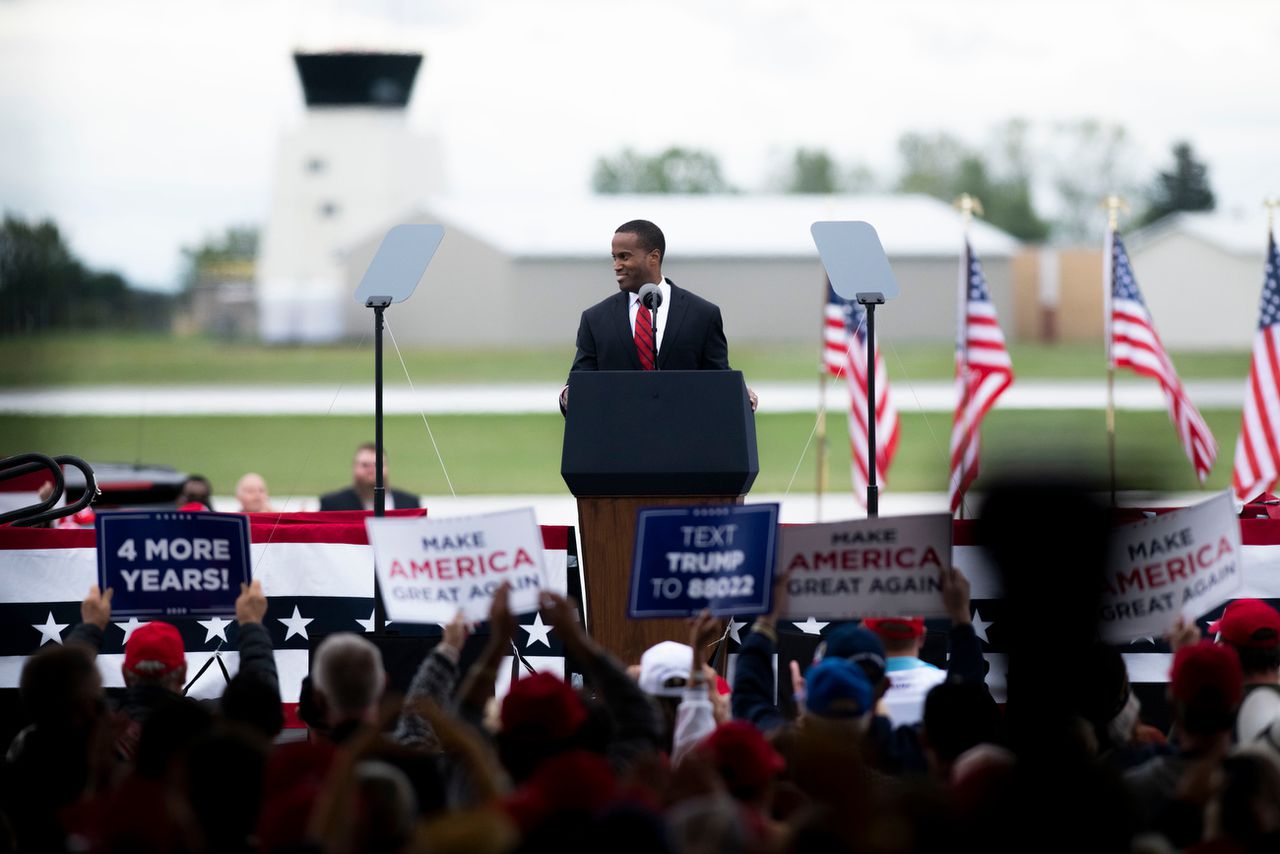 “John James is a fantastic candidate running for Congress in Michigan’s 10th Congressional District. John was a brave combat pilot, flying the very impressive Apache Helicopter in Operation Iraqi Freedom. John isn’t just tough, but he is also very smart—he received his Master’s Degree in Supply Chain Management from Penn State and his MBA from the University of Michigan,” Trump said in a statement.

He called James a job creator and problem solver who has his “Complete and Total” endorsement.

Trump has promoted James in the past.

The former president offered James his endorsement in failed campaigns for U.S. Senate in 2018 and 2020. James lost to U.S. Sen. Gary Peters, D-Bloomfield Township, in 2020 by 92,335 votes, running a closer margin statewide than Trump, who lost the state by 154,000 votes.

“Excited and grateful for President Donald Trump’s endorsement!” James said in a tweet Thursday. “President Trump knows that relevant leadership experience is what Michigan’s 10th congressional district needs to help lead our Country back to safety and prosperity.”

Like Trump, James questioned the 2020 election results before conceding, without providing any evidence to substantiate his claims. His campaign asked the Board of State Canvassers to delay the certification of Michigan’s results to investigate allegations of fraud, and asked the Wayne County Board to hold off on certifying the results and perform an audit.

James waited three weeks to concede his loss to Peters in 2020. He ultimately expressed concerns about “irregularities” in the election, and formed a joint legal fund with the Republican National Committee.

“Wow! Michigan has now found the ballots necessary to keep a wonderful young man, John James, out of the U.S. Senate. What a terrible thing is happening!” Trump tweeted on Nov. 4, 2020, months before Twitter permanently suspended him over his actions during the riots at the U.S. Capitol on Jan. 6, 2021.

James announced in January that this year he will run for the U.S. House seat largely covering Macomb County.

James, 40, was a top recruit for GOP groups seeking to take advantage of a newly-drawn district that has no incumbent running for reelection.

The Farmington Hills businessman, West Point graduate and Iraq War veteran positioned himself as an “open-minded free-thinking conservative” in a video campaign announcement that included clips from his 2020 U.S. Senate campaign. James highlighted his experience as president of James Group International, a family supply-chain management business, and said his “core principles” have not changed.

In a Fox News interview, James said he’s running in the midterm elections to hold the Biden administration accountable for rising gas prices and inflation. He also expressed support for regulatory and trade reform but did not name specifics. James also touched on education issues.

Republicans expect to benefit from President Joe Biden’s sinking favorability in the midterm elections. James said his campaign is an opportunity for Republicans to pick up seats needed to regain a majority in the U.S. House.

James entered the race in January with an advantage in name recognition and fundraising. He ended 2020 with $1.6 million cash on hand, campaign finance records show.

Most Oakland County voters were drawn out of Michigan’s new 10th District during the redistricting process, creating a Republican-leaning district. However, 51% of voters in the new 10th District voted for Democrats in the last election, while 49% voted for Republicans. James did not gain a majority of votes in communities covered by the district in either of his U.S. Senate campaigns.

Macomb County is the third-largest in Michigan, by population, and the most populous county won by Trump in 2020.

So far, James is the highest-profile Republican to enter the 10th District race. Eric Esshaki, a Birmingham attorney and former nurse, will also seek the Republican nomination. Esshaki unsuccessfully ran against Stevens in 2020.

Maya Erskine Has Relived Her Most Embarrassing Moments In ‘PEN15’ – Deadline

What Is Katt Williams’ Net Worth Now After His Employees Stole...