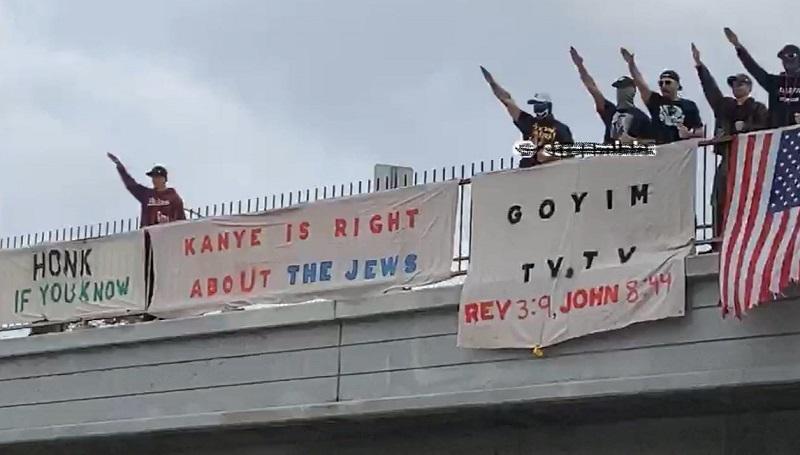 (October 30, 2022 / JNS) A JNS Twitter poll asking whether rapper Kanye West’s remarks about the Jews were “regrettable, crazy, true or unforgivable” was hijacked by imageboard website 4chan, with the result that 88 percent of respondents said they were true.

The survey received 2,892 likes, 906 tweets and 355 quote tweets. Most of them occurred following a post on 4chan calling on members to answer the poll.

“Let’s make this happen,” one user wrote, linking to the survey.

The survey also received hundreds of comments, including, “I looked into it pretty thoroughly and everything Kanye has said is 100% spot on;” “nothing hurts more than the truth”; and “oh boy that poll didn’t go the way you wanted. Lol.”

The 45-year-old rapper, who now goes by Ye, tweeted earlier this month that he was “going death con 3 on JEWISH PEOPLE.” He also shared a post on Instagram where he accused producer Sean Combs of being controlled by the “Jewish people.”

West defended his comments and said they were not anti-Semitic. Since then, he has lost millions of dollars in contracts, including from Adidas, the Creative Artists Agency and the Balenciaga boutique.

The response to the JNS survey highlights the rampant anti-Semitism on 4Chan, a reflection of growing anti-Semitic sentiment in certain parts of the United States.

The Anti-Defamation League (ADL) described 4chan as having “extremely high levels of hateful rhetoric, including racism, homophobia, Islamophobia, white supremacy and anti-Semitism” in a report it published on May 21 shortly after the Hamas-Israel War. During the conflict, classic anti-Semitic language and anti-Jewish slurs increased on the platform by 71 percent, while anti-Semitic language that included variations on terms relating to Zionism, Israel, Palestine and Hamas increased by 348%.

John T. Earnest live streamed his attack against a California synagogue that killed one and injured several others, including the rabbi, on 8chan. Brenton Tarrant, who shot and killed 51 Islamic worshippers in mosques in New Zealand cited 4chan and 8chan as direct influences.

“The anonymity offered by 4chan and platforms like it, and their refusal to moderate content in any meaningful way ensures that these platforms are and remain breeding grounds for racist hate speech and radicalization,” according to a report published this month by the Office of the New York State Attorney General.

The report was published following yet another 4chan-influenced shooting attack in Buffalo, New York.

“We are all concerned about anti-Semitism all over the world and, of course, anti-Semitism [in the United States] and everywhere,” President Isaac Herzog told CNN’s Wolf Blitzer last week during a TV interview. “History teaches us that usually, it starts with hating Jews, with blaming Jews.”

Vineeta Singh net worth: Here’s the inspiring story of the steely...

Ruben Randall - February 14, 2022 0
Money
Vineeta Singh is an inspiration to anyone looking to be an entrepreneur. The great success of her cosmetic brand, Sugar contributes majorly towards her...