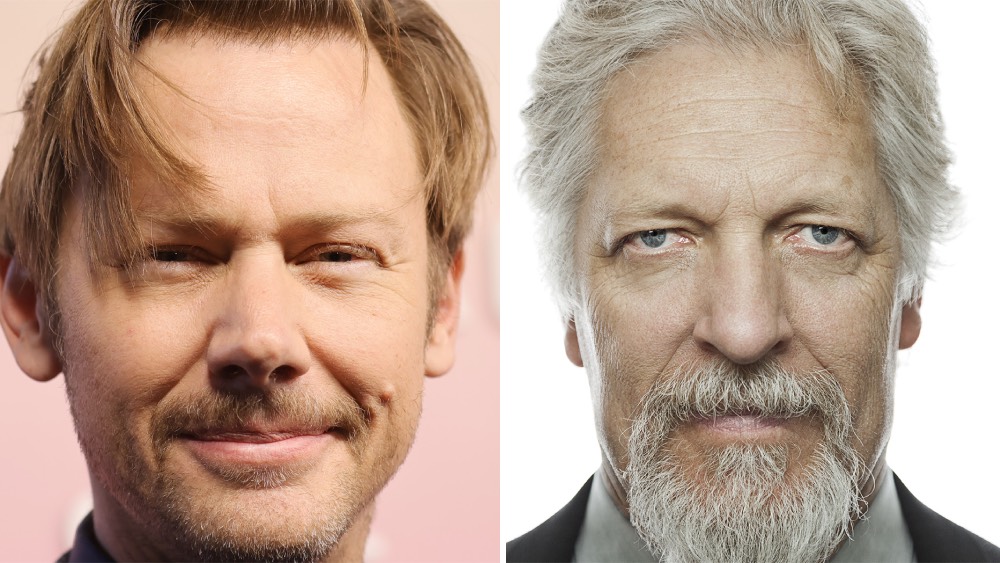 The film currently in production in Philadelphia tells the story of Dr. Audrey Evans (Natalie Dormer), the revolutionary pediatric oncologist best known as the co-founder of Ronald McDonald House Charities — the world-famous organization that provides housing and support to millions of families in 62 countries around the world. Pic’s set in 1969 and follows her as she bursts onto the scene as the Chief of Pediatric Oncology at Children’s Hospital of Philadelphia, when the survival rate for children with cancer was less than 10%. In an effort to revolutionize treatment and to provide housing and support to families of sick children, Evans pushes boundaries and implements a total care approach that, to this day, benefits millions.

Simpson will play the late Dr. Dan D’Angio, a kind and brilliant leader in radiation oncology whose by-the-book approach to care contrasts Audrey’s irreverent ways. Together they embark on a lifelong partnership in pioneering pediatric cancer treatments that change the field forever.

Brown will take on the role of Dr. C. Everett Koop, the larger-than-life Head of Pediatric Surgery at CHOP and eventual Surgeon General of the United States. Dr. Koop is known for his decision to recruit Evans to lead the oncology department, though he quickly becomes frustrated with her unorthodox methods.

Hall will portray Dr. Brian Faust, Evans’ eager and talented resident who is hungry for change, with Layne as Mia McAlister, a dire young patient who Evans enlists in a trial study in an attempt to save her life. Chase plays Dr. Jeremy Lewis, Audrey’s adversary and later champion, with Giovine as Kate Watson, the stoic single mother of a cancer patient who connects with Audrey’s strength of character.

Julia Fisher Farbman (Modern Hero) wrote the screenplay, which was based on years of research and conversations with Evans, who is now 97 years old and supports the film. Farbman will also produce the privately financed pic alongside Amasia’s Bradley Gallo and Michael Helfant. Brent Emery, Suzanne Farwell and Susan Cartsonis will exec produce for Resonate, alongside Michael Leahy (Paradise Highway), with Clément Bauer serving as co-producer. Orly Sitowitz (Star Trek: Strange New Worlds) is the project’s casting director.

Simpson is an Emmy and BAFTA Award nominee best known for turns on such series as The Man Who Fell to Earth, Pachinko, Star Trek: Prodigy, Ultra City Smiths, Westworld, Unsolved: The Murders of Tupac and the Notorious B.I.G., Black Mirror, Hap and Leonard, House of Cards and It’s Always Sunny in Philadelphia, among others. Notable recent film credits include Studio 666, Breaking News in Yuba County, Unhinged and Under the Silver Lake. The actor will next be seen in Michael Maren’s comedy Shriver with Michael Shannon, Charlie Day’s directorial debut El Tonto and Thom Harp’s comedy, Home Delivery.

Brown recently played serial killer Kurt Caldwell on Dexter: New Blood and has also appeared on series like Emergence, Billions, Schooled, Sleepy Hollow, The Flash and Carnivàle, to name a few. Notable film credits from recent years include Promising Young Woman, Lady and the Tramp, The Ballad of Buster Scruggs and Chappaquiddick. Coming up next for the actor is John Wick: Chapter 4.

Hall has been seen on series including Chloe, Search Party and God Friended Me, and in films like Monster Party and The Surrogate. He’ll next appear in the dramedy The Young Wife, from writer-director Tayarisha Poe.

Layne has recently appeared in the indie Scrap and on the Fox series Prodigal Son, and will next appear in the film A Christmas Story Christmas, among other projects.

Chase has been seen on series including The Thing About Pam and Law & Order: Organized Crime, and in films like The Last Thing He Wanted.

Giovine’s recent credits include City on a Hill, Prodigal Son and Evil. She will be seen next in the Apple series The Crowded Room, led by Tom Holland.

Simpson is represented by CAA and Hansen, Jacobson, Teller; Brown by CAA and Pop Art Management; Hall by Gersh and Felker Toczek Suddleson; Layne by Take 3 Talent; Chase by Authentic Talent and Literary Management and Goodman, Genow, Schenkman; and Giovine by APA and Soffer Entertainment.

Ruben Randall - May 13, 2022 0
Celebrity
Ryan Reynolds has taken a deep-dive into his fatherhood journey with partner Blake Lively, revealing that they both share the “labour” of parenting. The...

Arnold Schwarzenegger’s Son Joseph Baena Gets Candid About Being Bullied As...