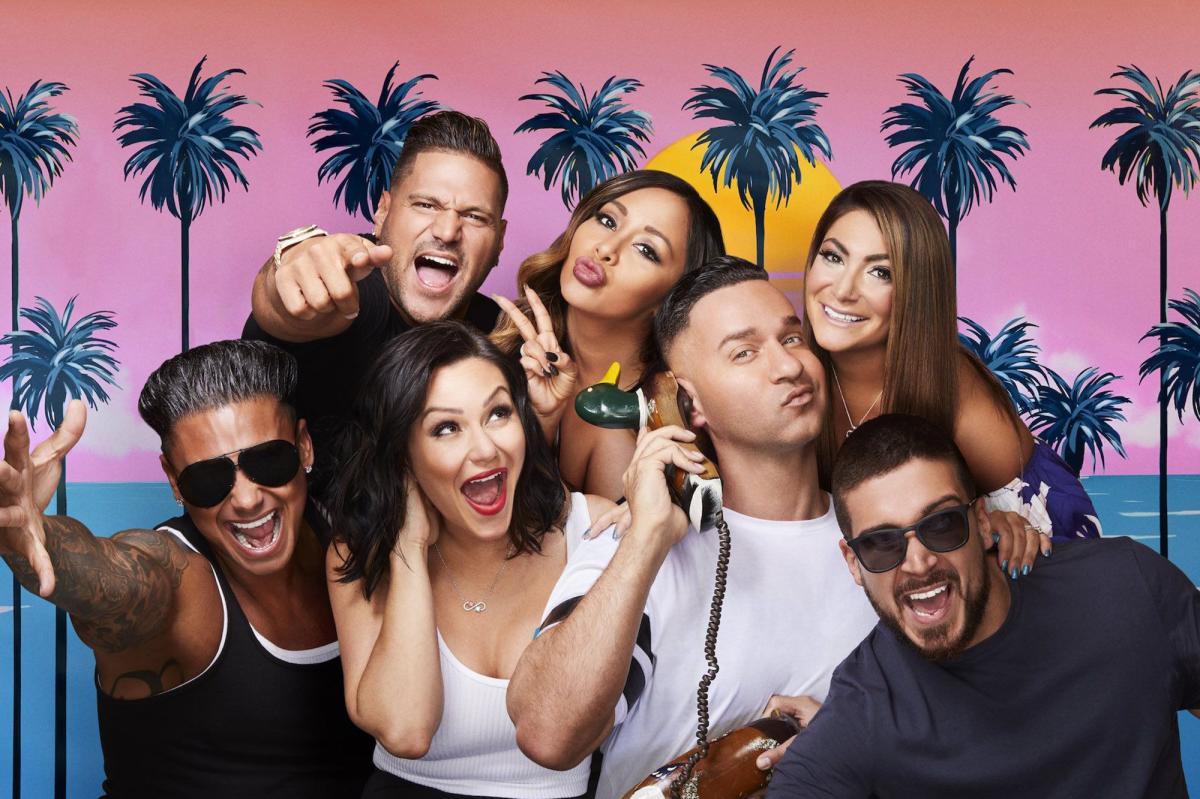 Come at them, bro.

The original stars of “Jersey Shore” slammed MTV for its upcoming reboot of the iconic reality show with an entirely new cast.

“As a cast that took a chance with a network in need, we put our most vulnerable moments on television for the world to see,” read the collective statement, which was shared via social media on Thursday.

“We gave our all over the past 13 years, became a family and continue to open our lives to the world,” the statement continued. “So please understand that we are not in support of a version that will exploit our original show, our hard work and authenticity to gain viewers.”

They concluded their message with the hashtag, “#WeAreJerseyShore.”

Nicole “Snooki” Polizzi and Deena Cortese, pictured here, are among the original stars who returned for “Jersey Shore Family Vacation.”

MTV announced this week that the network would be adding an updated version of “Jersey Shore” — tentatively titled “Jersey Shore 2.0” — to its programming.

“It’s been 13 years since the iconic cast of ‘Jersey Shore’ fist-pumped their way into our lives and stole our hearts. Now, the time-honored tradition continues with a new group of roommates moving into their own Shore house,” a release read.

“They have have traded their poofs for plumped pouts and UV rays for spray tans, but when things heat up in Jersey, the Shore is still the place to be to make memories all summer long.”

The first iteration of “Jersey Shore” ran for six seasons from 2009 until 2012. In 2018, MTV launched its “Family Vacation” reboot that still airs today.

“Jersey Shore” isn’t the only MTV staple being revamped. The network also has plans to rework “The Hills” after its “New Beginnings” reboot — starring Heidi Montag, Spencer Pratt, Audrina Patridge and more of the original cast — was canceled this year.

“The Hills: Next Gen” will feature a brand-new cast that is expected to be more diverse than the original.

According to MTV, the series will follow “a close group of twentysomething friends and aspiring entrepreneurs who are coming of age in a very different Los Angeles. They will navigate realities of race, class, identity, addiction and family drama, along with the thrills of romance and becoming self-made amidst the exclusive enclave of the hills in Malibu.”

Though Pratt is 38 years old, he joked in a Thursday tweet that he is “manifesting” a starring role for himself on “Next Gen.”

Ruben Randall - February 23, 2022 0
Money
An American comedy-drama series that has made waves everywhere, Insecure has received major critical acclaim for...