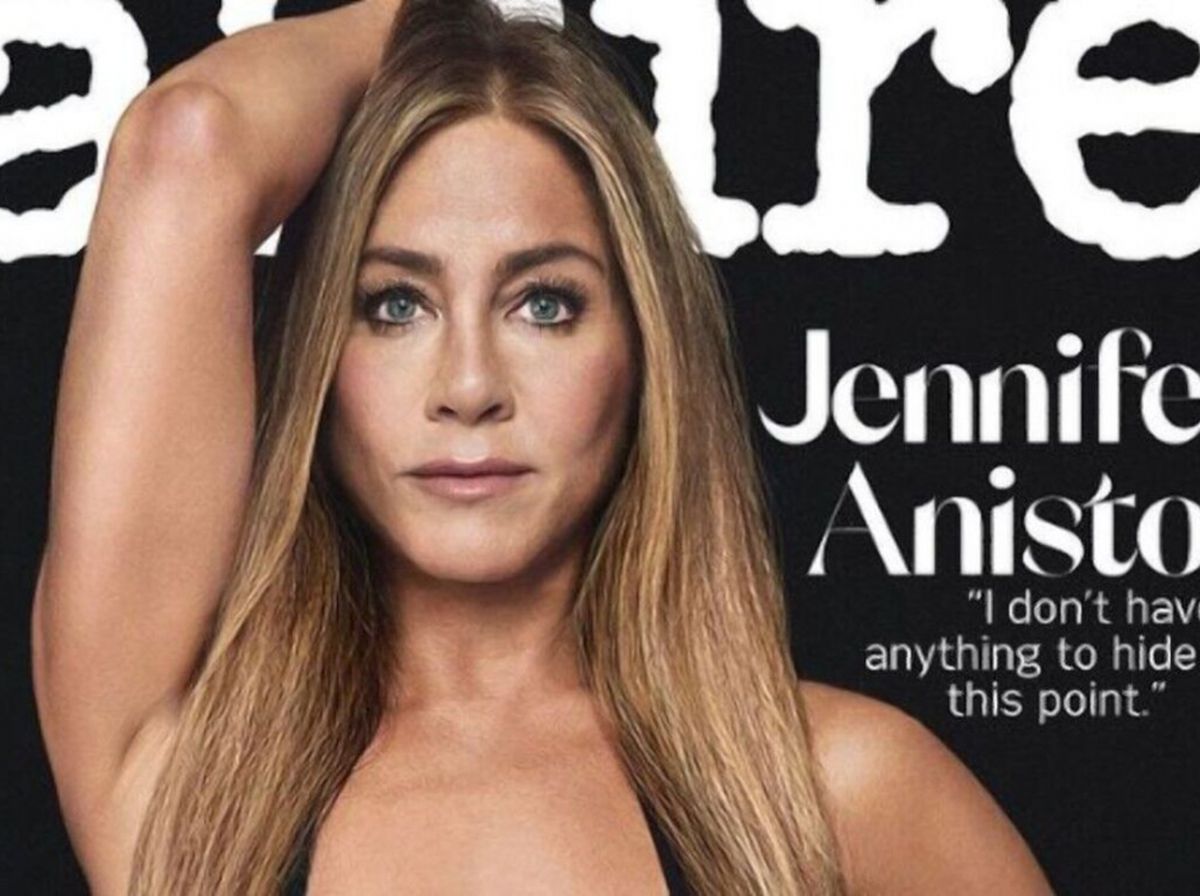 Last week, Jennifer Aniston appeared on the latest cover of the American edition of Allure magazine. In the image, the 53-year-old actress appears dressed only in black pasties. This garment, which has caused so much talk in recent days, has been baptized a “nipplekini.” And it’s causing a stir. Interestingly, the design is not a new fashion statement, but rather a vintage piece from a 1996 Chanel collection.

This tiny bikini, which only covers the nipple, was popular more than 25 years ago, when models such as Eva Herzigova and Carla Bruni wore it on the catwalk. In the midst of logo madness, Chanel triumphed with the simple design adorned with the French house’s signature monogram, composed of two interlocking ‘c’s. After Jennifer Aniston’s appearance, the price of this vintage garment is likely to skyrocket on second-hand luxury fashion platforms. The tiny bikini, designed by Karl Lagerfeld, has already fetched a price of $18,000 on ShopperBoard.

In the 1990s, fashion began to think of new, creative designs for women’s breasts. As well as Channel, designers such as Jean Paul Gaultier also toyed with designs that strategically cover women’s nipples, such as the star-shaped nipple covers that Eva Herzigova wore at a 1992 Gaultier fashion show.

More than 30 years later, in 2022, fashion is still obsessed with female breasts. Elsa Schiaparelli’s designs, for example, have taken off both on and off the runway.

The Italian influencer Chiara Ferragni surprised her followers by wearing a Schiaparelli transparent black top with imposing golden pasties. And Bella Hadid also left the audience speechless when she sauntered down the red carpet at the Cannes Film Festival with a nipple-covering breastplate in the shape of a large golden coral, also by Schiaparelli. No matter how much time passes, nipple covers retain their power to make a statement.

Ruben Randall - February 23, 2022 0
Money
An American comedy-drama series that has made waves everywhere, Insecure has received major critical acclaim for...