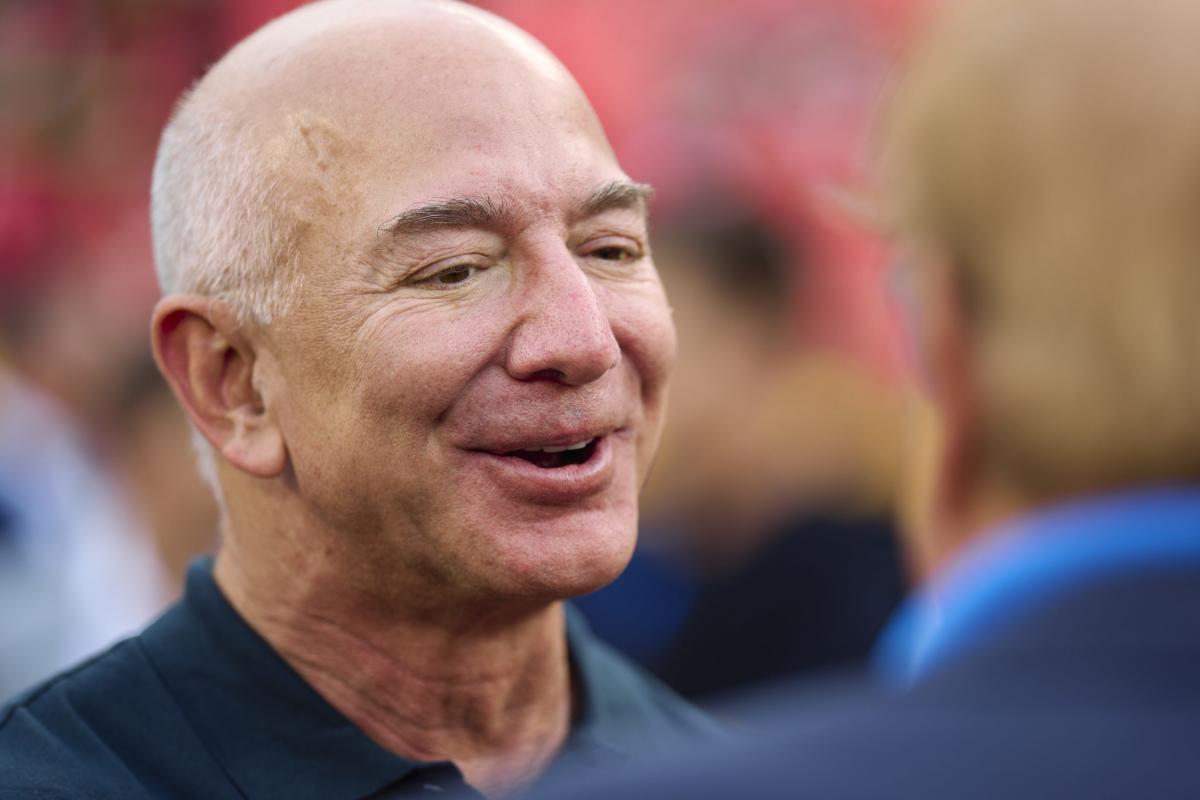 While he still has not signed the Giving Pledge, like many of the world’s richest people, Jeff Bezos says he plans to give away the majority of his net worth over the course of his life.

Speaking with CNN, the Amazon founder says he and his partner, former journalist Lauren Sanchez, are “building the capacity to be able to give away this money.” Bezos confirmed plans to donate the majority of his wealth after he and Sanchez announced a $100 million grant to Dolly Parton on Saturday.

Bezos told CNN he plans to focus his philanthropic efforts on climate change and supporting people who can bring about unity in this era of social and political divides. In 2020, Bezos vowed to donate $10 billion to climate change efforts, announcing an initiative called the Bezos Earth Fund, which Sanchez co-chairs. That group is focused on reducing the carbon footprint of construction-grade cement and steel and exploring ways to better monitor carbon emissions, among other goals.

Bezos is worth $124 billion, according to the Bloomberg Billionaires Index, making him the world’s fourth-richest person. While he has been criticized for not signing the Giving Pledge, he did not address that issue in the interview. (His ex-wife, MacKenzie Scott, signed the pledge soon after their divorce in 2019 and, to date, has donated more than $12 billion to more than 1,200 groups.)

Bezos’s grant to Parton was the third in his Courage and Civility awards. Previous recipients are Chef José Andrés and climate advocate Van Jones. “She gives with her heart. What she’s done for kids, and literacy, and so many other things, is just incredible,” Bezos said of Parton.

See also  Dave Chappelle's net worth: How much did Netflix pay him for his standup specials?

Since stepping down as Amazon’s CEO last year, Bezos has increased his philanthropic efforts, but he’s hardly stepping away from for-profit investing. He’s rumored to be considering an offer for the NFL’s Washington Commanders.

This story was originally featured on Fortune.com

The U.S. housing market to see second biggest correction of the post-WWII era—when to expect the home price bottom

COVID cases are on the rise again this autumn. Here are the symptoms to look out for

I had to be an overachiever to escape homelessness and land a six-figure tech job. Here’s what I think about quiet quitting.

Meryl Streep Made an Insane Amount of Money for 5 Minutes of Mamma Mia...

Ruben Randall - October 7, 2021 0
Actress
Two Shadowhunters actors reunite for one the most hilarious movies this year. It premieres on VOD Saturday. Untitled Horror Movie tells the story of...

Bruce Willis’ Net Worth Shows His Sixth Sense for Finances! What...