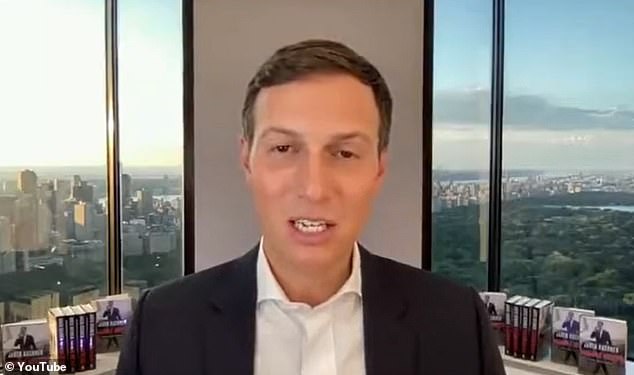 By Paul Farrell For Dailymail.Com

Kushner, 41, spoke to Grenell on the YouTube channel LiveSigning on Thursday while promoting his book his widely panned book: ‘Breaking History: A White House Memoir.’

When asked about how he fills his days since his father-in-law lost his reelection campaign in 2020, Kushner said that he spends most of his time with his wife Ivanka and their three children.

However, he added: ‘From the last year, the one thing I’ve tried to put a priority on since I left the White House was, you know, getting some exercise in.’

Kushner continued: ‘I think that there is a good probability that my generation is, hopefully with the advances in science, either the first generation to live forever, or the last generation that’s going to die.’

He concluded: ‘So, we need to keep ourselves in pretty good shape.’

Grenell smiled politely as Kushner made his claims and said subsequently that he has embraced meditation as a means to ‘center’ himself. 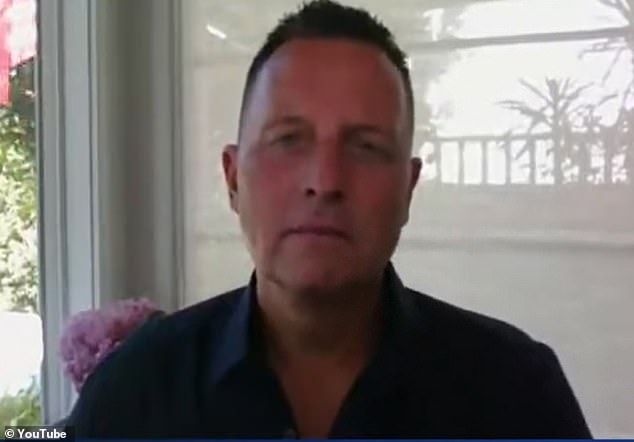 Billionaires are funding companies that research how to achieve immortality

Over the years, the world’s richest people and most successful companies have put their money behind experimental research that looks at extending lifespans.

Its research includes studying if animal cells can revive themselves through cellular level changes, and its aim is to ‘understand rejuvenation’. Jeff Bezos has invested millions into the company, according to MIT Technology Review.

A long-held rumor that Walt Disney had his body frozen after death has been debunked, but the process is real and at least four company offer this service.

While some might not want to live forever, one could achieve immortality in digital form.

MIT-backed research company Nectome believes it is the next step in human consciousness – and has even received millions in grant money from the US National Insitute of Mental Health. But, the process is 100% fatal.

Elon Musk’s Neuralink  aims to connect humans with their electronic devices which would enable people to eventually communicate telepathically.

Billionaires like Reddit CEO Steve Huffman have put their money behind securing their lives in the event of the end of the world. Like, doomsday bunkers in New Zealand.

According to Mediaite, as of Thursday evening, just 500 people had watched Kushner’s nearly hour long interview.

Speaking to the Daily Beast, a ‘source’ close to Kushner told the website that his remarks were ‘like a tongue-in-cheek joke to make the larger point that he wants to work out and be in good shape because people are living longer lives.’

New Yorker staff writer Patrick Radden Keefe tweeted about Kushner’s claims saying: ‘Cool Sci-Fi dystopia: You get to live forever but in a world in which Jared Kushner also lives forever and never goes away.’

In promoting his book, Kushner has made appearances on Fox News and on Megyn Kelly’s Sirius XM show. Combined, Kushner and his wife are thought to have a net worth of around $1.1 billion.

During his appearance on conservative host Hugh Hewitt’s radio show, Kushner took aim at Chrissy Teigen over comments the model has made about Ivanka.

Kushner called Teigen a ‘nasty troll’ and said she had said ‘most awful, horrible things’ about Ivanka. He went on to compliment his wife for never getting ‘into the mud’ with Teigen.

Teigen wrote on Twitter in July 2020 that she ‘had it with anyone who EVER defends this woman or puts her as the ‘sane’ one in this family.’

The wife of John Legend also took aim at Ivanka after the then-president’s daughter suggested that families organize camping adventures in their living rooms during the early days of the Covid-19 pandemic.

Teigen tweeted: ‘After we quote pack unquote sandwiches can we please have Covid tests.’

While on Fox News, Kushner did not directly answer questions regarding the FBI’s raid on Mar-a-Lago earlier this month.

Kushner told the network: ‘That’s again why I wrote this book.’

He added: ‘I wanted people to really understand what it was like to be living through that when you know you’ve done nothing wrong, you’re there trying to get good things done.’

As one of the key figures behind Trump’s unlikely rise to power in 2016, Kushner may have been better suited to supporting fringe candidate in that year’s presidential election, transhumanist Zoltan Istvan. 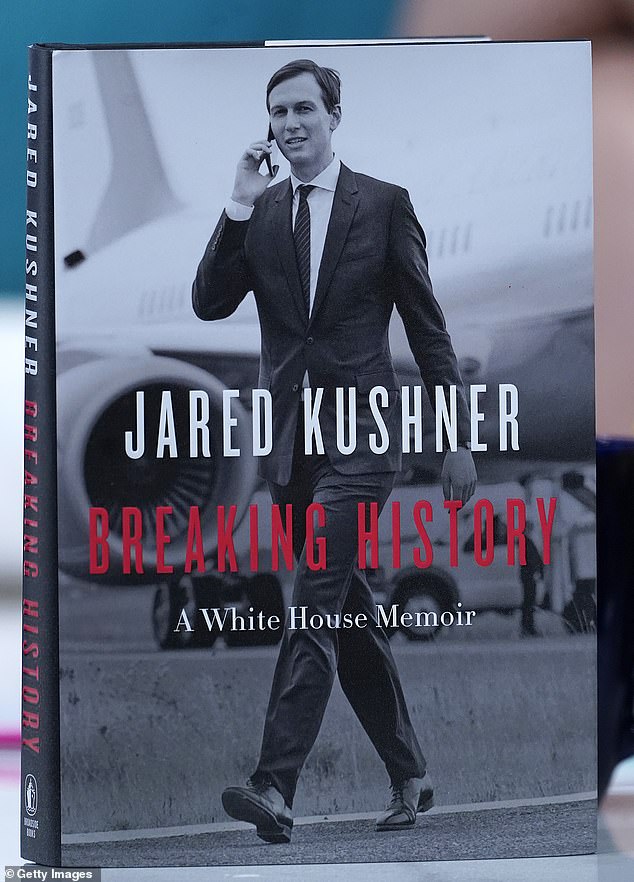 Kushner’s new memoir has been widely panned by reviewers 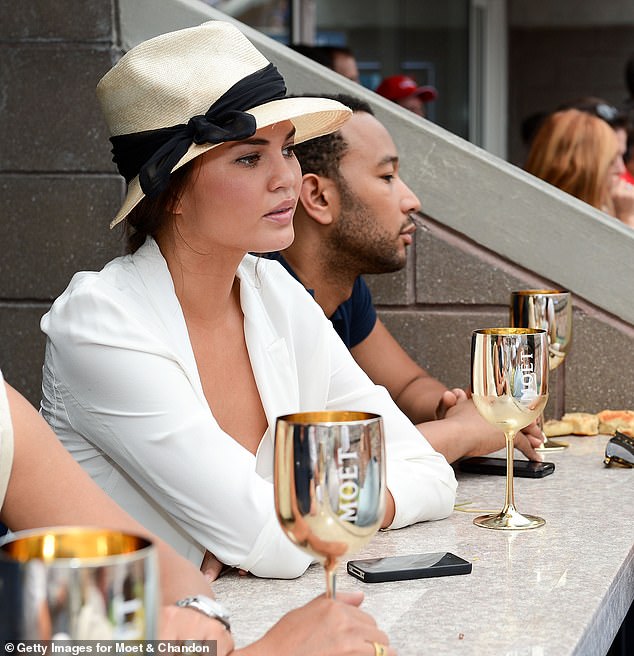 During his appearance on conservative host Hugh Hewitt’s radio show, Kushner took aim at Chrissy Teigen over comments the model has made about Ivanka

Istvan ran on a platform of ‘overcoming human death and aging within 15–20 years.’

Further distancing himself from his father-in-law, in 2017 the New Yorker’s Evan Osnos revealed that the 45th president was cynical about the advantages of exercise.

The piece read: ‘Other than golf, he considers exercise misguided, arguing that a person, like a battery, is born with a finite amount of energy.’

Arnold Schwarzenegger Got A Sweet Birthday Wish From Son-In-Law Chris Pratt, And Of Course,...

Ruben Randall - April 28, 2022 0
Celebrity
The 2022 NFL Draft is very nearly here, and there are still countless questions to be answered about this year's draft class. Who are...

How The Kardashian-Jenner Family Stays Rich