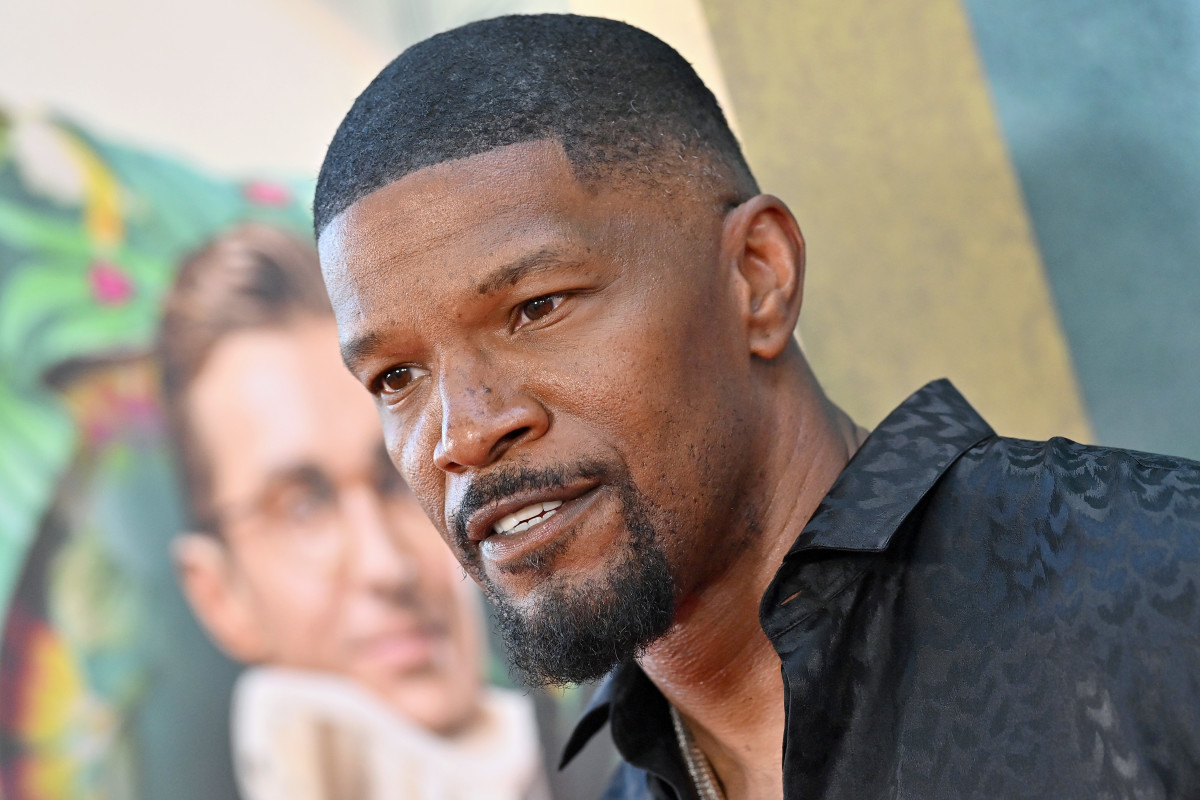 Eric Marlon Bishop, better known by his stage name of Jamie Foxx, has had one of the most varied careers around, and Jamie Foxx’s net worth represents that eclectic work. Starting out as a comedian, he then conquered TV and finally became an Academy Award winner for 2004’s Ray—plus, he’s even had a few hit songs to his name!

With all of this success, just how much is Jamie Foxx’s net worth? Considering he has been in the public eye since the late ’80s and shows no signs of slowing down, we can imagine he’s built quite the nest egg for himself. He’s even had a low-key yet high-profile relationship with Katie Holmes that had tongues wagging!

Here is everything you could ever want to know about Jamie Foxx’s net worth.

How did Jamie Foxx become famous?

Jamie Foxx began seeking the spotlight in 1989 when he started doing stand up comedy—even choosing his stage name “Jamie” to give himself some gender ambiguity because he noticed female comedians were called up at open mics first (poor form, dude!) and his last name “Foxx” as a tribute to comedian Red Foxx.

Within a couple of years in the comedy world, in 1991 Foxx landed a spot in the cast of the FOX sketch comedy series In Living Color, which also launched the careers of stars like Jim Carrey and many of the Wayans brothers. After In Living Color wrapped in 1994, Foxx appeared in a recurring role on the FOX series Roc. In 1996, Foxx found mild household recognition when he landed his own WB series The Jamie Foxx Show which ran until 2001 and was also produced through his Foxx Hole Productions production company.

Foxx’s first movie role was in the 1992 box office failure Toys, starring Robin Williams. He landed his first dramatic film role in Oliver Stone’s Any Given Sunday, which was released in 1999.

The 2003-2004 period ended up being huge for Foxx, as he landed a role opposite Tom Cruise in 2004’s Collateral as well as the lead role in the 2004 Ray Charles biopic Ray. Foxx would go on to earn Academy Award nominations for Best Supporting Actor and Best Actor for these roles respectively—and won Best Actor for Ray—making him only the third man in history to earn two Academy Award nominations in the same year.

This is when Foxx’s star really blew up. In addition, that same year, Foxx sang the hook in Kanye West’s smash hit “Gold Digger,” conquering the music world and acting world at the same time. Foxx has been in the limelight ever since.

Related: National Adoption Day: Did You Know These 13 Celebs Were Adopted?

According to Celebrity Net Worth, Jamie Fox has a net worth of an amazing $170 million in 2022. Foxx has earned this money through his stand-up comedy and sketch comedy, plus TV work, film roles and music. With that many streams of income, it’s no wonder he’s loaded!

How much does Jamie Foxx make in a year?

Jamie Foxx’s annual income most likely changes from year to year depending on the projects he undertakes. However, it has been reported that Jamie Foxx earns around $16.67 million a year. Well now, that’s not bad for a year’s work!

How much does Jamie Foxx make per movie?

Jamie Foxx is one of the most sought after actors today, making him also one of the highest paid. It has been said that Foxx earns as much as $12 million per movie. However, this may depend on the project and its budget.

What is Jamie Foxx’s salary?

As previously stated, Foxx tends to earn around $16.67 million a year. He also earns around $5 million to $12 million per movie, depending on the project. Pretty foxy if you ask us!

How much does Jamie Foxx get paid to do Beat Shazam?

Jamie Foxx has been hosting and executive producing music-guessing gameshow Beat Shazam since 2017, which his daughter, Corinne Foxx, also works on with him. It has been reported that Foxx is one of the highest-paid gameshow hosts on TV right now, earning around $3 million a year for the show.

How much did Jamie Foxx get paid for Ray?

Jamie Foxx was reportedly paid $5 million for the title role in his Oscar-earning movie, 2004’s Ray. This is at the smaller end of his payment spectrum, but considering he earned an Academy Award for this performance and it was the start of his A-list career, $5 million is quite the haul—and it certainly increased his asking price and earning power thereafter.

How much did Jamie Foxx get paid for No Way Home?

Jamie Foxx reprised his role of Electro/Max Dillon from 2014’s The Amazing Spider-Man 2 in 2021’s Spider-Man: No Way Home. There are conflicting reports as to how much Foxx was paid for this appearance in the MCU/Sony film. His salary has been reported to be as low as $550,000 to as high as $12 million. Considering the fact that this was a big-budget movie and Foxx usually commands in the millions for his movie appearances, we can imagine his real salary was somewhere in between the two—especially because while the film was a massive hit, he wasn’t necessarily a lead role in it.

How much did Jamie Foxx get paid for Spider-Man 2?

Jamie Foxx appeared as one of the two main villains in 2014’s The Amazing Spider-Man 2 in the role of Electro/Max Dillion opposite Andrew Garfield’s Spider-Man/Peter Parker. However, it is not known exactly how much Foxx was paid for the role. Considering the fact that he was already earning in the range of $5 million to $10 million per role at that time, we can imagine his salary was most likely somewhere in that area.

How much did Jamie Foxx make for Django Unchained?

Jamie Foxx played the lead role of Django in 2012’s Django Unchained. It is not known exactly how much he was paid to play the title role. But, we do know that Brad Pitt has twice taken pay cuts from his usual salary in order to work with Quentin Tarantino, bringing his asking price down to $10 million. As a result, we can imagine Foxx was paid in the area of $10 million for the role, though he may have commanded slightly less as Pitt has more star power between the two actors.

How much did Jamie Foxx get paid for Annie?

For his appearance as the revamped Daddy Warbucks, Will Stacks, in 2014’s Annie adaptation, Jamie Foxx was reportedly paid $5 million. It is said his co-star Quvenzhané Wallis earned $1.5 million for the lead role. Annie would be proud (or stupefied)!

How much did Jamie Foxx make for Soul?

Jamie Foxx made history as the first Black main character in a Pixar movie for 2020’s Soul. But, it hasn’t been released how much he was paid for the role. Considering the fact that Foxx usually makes between $5 million and $12 million for his roles nowadays, we can imagine he was paid somewhere in that range.

How much did Jamie Foxx get paid for Dreamgirls?

Jamie Foxx portrayed Curtis Taylor, Jr. in 2006’s Dreamgirls, a role he reportedly originally turned down due to the offered salary being less than he was used to. However, it is said he changed his tune and signed on to the movie once Eddie Murphy and Beyoncé came onboard. We do not know what Foxx was paid, but we have to imagine it was under $5 million, putting it in the range of the low millions to the high hundred-thousands. Still not bad, Jamie!

Next, find out Kevin Hart’s net worth!