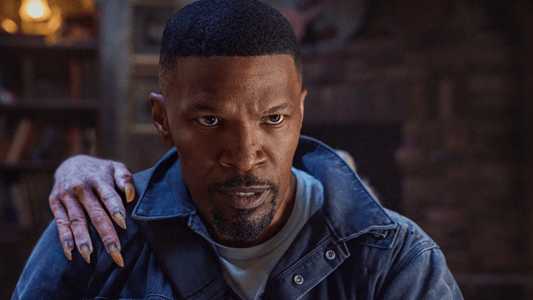 We hope you’re ready to watch some ass whoopin’! Jamie Foxx, Dave Franco and Snoop Dogg are hunting vampires in a new movie coming to Netflix!

In Day Shift, Jamie Foxx stars as a hard working blue collar dad who just wants to provide a good life for his quick-witted daughter, but his mundane San Fernando Valley pool cleaning job is a front for his real source of income: hunting and killing vampires as part of an international Union of vampire hunters.

Check out the first look here:

Director JJ Perry told Entertainment Weekly more about Foxx’s character saying, “he kills a vampire who we find out was the daughter of the boss lady vampire, who seeks revenge. There are these two worlds colliding, of a man trying to save his family and a vampire looking for revenge.”

Day Shift will be coming to Netflix on August 12!

Big Brother’s Sam Tells Us Why She Broke Up With Drew & What She Thinks About His Betrayal!

Want to catch up on the latest from Hit Entertainment? Listen here:

Stay up-to-date with all things entertainment by downloading LiSTNR, available for iOS and Android

Ruben Randall - April 20, 2022 0
Money
Danielle Bregoli, aka Bhad Bhabie, took her viral moment all the way to the bank, according to her new interview with TMZ.The 19-year-old social...

Daniel Radcliffe cuts a casual figure as he steps out with...