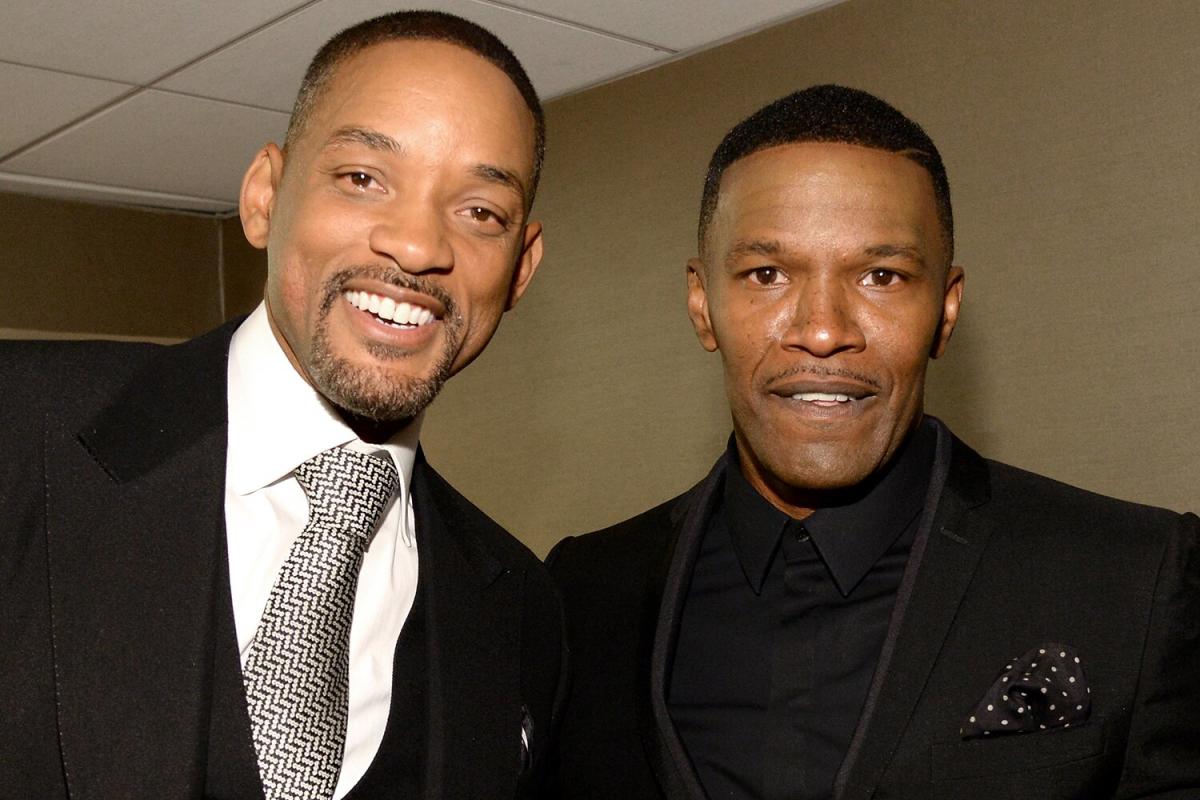 Jamie Foxx is all in on Will Smith‘s next movie.

On Wednesday, Foxx, 54, shared three photos of himself with Smith, also 54, from a recent private screening of Smith’s upcoming movie Emancipation, along with producer Datari Turner and Foxx’s manager Dave Brown.

“It was also great to be able to hang and break bread, and have some laughs,” the actor wrote about meeting with Smith for the screening.

“Everyone must see this film!!!!!!!” Brown wrote in his post’s caption.

Foxx is not the first celebrity to take in a private screening of Emancipation, which marks Smith’s first film since his incident at the Oscars in March when he slapped Chris Rock onstage in front of a live audience.

In the comments section, Barris wrote, “This night was MAGIC and your movie is truly something that will last forever!”

In Emancipation, set in Louisiana during the American Civil War and directed by Antoine Fuqua (Training Day), Smith plays Peter, a man who escapes slavery and sets out on a quest for freedom.

“The film is inspired by the 1863 photos of ‘Whipped Peter,’ taken during a Union Army medical examination, that first appeared in Harper’s Weekly,” an official synopsis for the movie reads. “One image, known as ‘The Scourged Back,’ which shows Peter’s bare back mutilated by a whipping delivered by his enslavers, ultimately contributed to growing public opposition to slavery.”

“This is a film about the heart of a man — what could be called the first viral image,” Smith added. “Cameras had just been created, and the image of whipped Peter went around the world.”

Smith then called the photo a “rallying cry against slavery,” and one that inspired a film that he says he wanted to be part of in “a way that only Antoine Fuqua could deliver.”

Smith — who resigned from the Academy of Motion Picture Arts and Sciences and was banned from attending its ceremonies for the next 10 years — said in a video earlier this summer that he has been doing “a lot of thinking and personal work” in the months since smacking Rock at the Oscars.

Emancipation is in theaters Dec. 2 and streaming on Apple TV+ Dec. 9.

Ruben Randall - January 7, 2023 0
TV/Movies
As our party figures out how to move on with the loss of Blossom, each of them deals with the tragedy in their own...