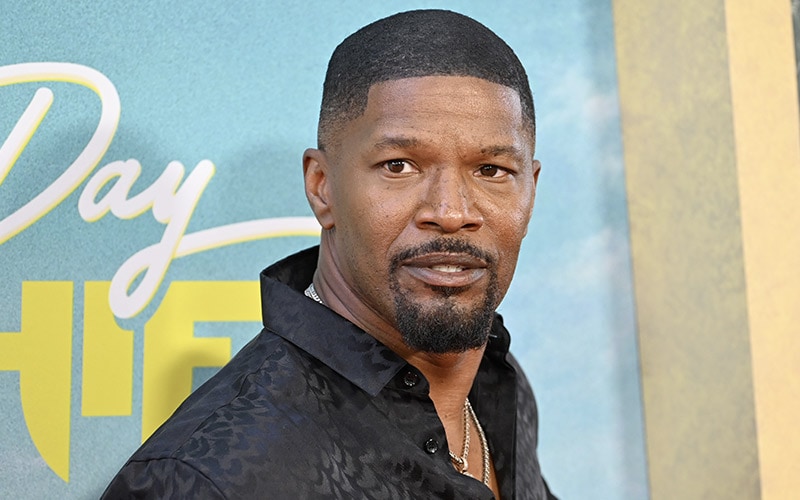 Jamie Foxx is not only an actor but a comedian, singer, and producer as well. He’s had success on the big and small screen with TV series such as In Living Color and The Jamie Fox Show and films like Ray and Baby Driver.

In addition to his work in Hollywood, Jamie Foxx’s net worth is also considerably impacted by his ownership of BSB-Brown Sugar Bourbon, his partnership with Privé Revaux, as well as an impressive real estate portfolio. Read on to discover his most successful projects and ventures as well as trace his career from its beginning till present.

Jamie Foxx was born on December 13, 1967, in Terrell, Texas. His name at the time of his birth was Eric Marlon Bishop. Almost as soon after he was born, his grandparents Mark Talley and Esther Marie took over his care. They legally adopted him and raised him as their own child, and he hardly had any contact with his biological parents.

Foxx showed a love and talent for music at an early age. When he was just five years old, he was already playing the piano. It was also during this time that his love of comedy was developing, as he would create original jokes and tell them to his friends and classmates.

He was quite the achiever in school. In addition to his natural comedy and musical skills, he also maintained exemplary grades and participated in several sports. He was even the quarterback for the Terrell High School football team. With his talents, he was able to earn a scholarship to the United States International University and pursue a degree in music and performing art composition.

Foxx entered the world of entertainment through standup comedy. He performed at local shows and eventually became a cast member of In Living Color. He stay with the show from 1991 till 1994 when the series eventually ended. At that point, the network gave him his own show called The Jamie Foxx Show. It was immensely successful, running from 1996 till 2001 with 100 episodes and numerous award nominations.

The first movie that Foxx appeared in was Toys in 1992. He starred in a number of films throughout the 1990s and into the turn of the millennium. Some of the more popular hits included the romantic comedy The Truth about Cats & Dogs and the sports drama film Any Given Sunday with Al Pacino and Cameron Diaz.

In 2001, Foxx appeared in another sports film, Ali, which starred Will Smith. However, the film didn’t perform well. With a budget of between $107 million, the film only made $87.8 million at the box office.

When 2004 came, he was cast in a co-starring role in the action thriller Collateral with Tom Cruise. Foxx gave an amazing performance and received his first Academy Award nomination for Best Supporting Actor.

The same year, he got an even bigger break as he was cast as Ray Charles in Ray. The role showcased his musical skills as well, and won him the Oscar award for Best Actor.

Jamie Foxx’s net worth was steadily rising at this point in his career. As the acting awards and praise from film critics kept piling up, his salary began to increase as well. It is reported that he received a $5 million paycheck for his role as Ray Charles.

Foxx continued to star in a wide range of films that did very well at the box office. In 2012, he played a slave who works with a bounty hunter in Django Unchained. With a budget of $100 million, the film went on to gross $426 million worldwide. It would win two Oscar awards and in total, it was nominated for 150 awards.

After his on The Amazing Spider-Man 2, Foxx appeared in a number of box office hits, including 2014’s Annie, 2017’s Baby Driver, and 2018’s Robin Hood. He also did some voice acting work, voicing Joe in the 2020 Pixar film Soul.

Foxx still stays actively involved in the music industry as well. He’s released 5 studio albums to date. And while the first one didn’t perform well, his following albums did. Foxx’s second album Unpredictable made double platinum and landed on top of the Billboard 200 and the US R&B Charts upon its release. The total sales of the album are now at 1.98 million in the US alone.

See also  Fantasy Weekend Rundown: What to Know for Each NHL Matchup

His third album, Intuition, was released in 2008 and would go on to sell 1 million copies. His most recent album was 2015’s Hollywood: A Story of a Dozen Roses, which debuted at number 10 on the US Billboard 200 chart. It sold 31,000 copies in the first week of release.

Part of the wide-reaching appeal of Foxx’s music is his strategic collaborations with other famous music artists. He has worked often with Ludacris, Drake and Kanye West. He has also delved into country music, joining Rascal Flatts in a recording of She Goes All the Way in 2007.

Foxx has bee no stranger to the Grammy Awards either. He’s been nominated multiple times in the Best Rap or Best Male R&B categories. And in 2010, he finally won his first Grammy for Blame It. He shared the Best R&B Performance by a Duo or Group with Vocals with fellow singer T-Pain.

In 2017, Foxx became the host as well as executive producer of the new game show on Fox, Beat Shazam. The show has been met with great success and is now on its fifth season.

These music and producing credits have added considerably more to Jamie Foxx’s net worth over the years. And currently, Foxx is serving as a producer on more than five projects that are either in post-production or are actively filming.

Foxx also owns Foxx-King Entertainment along with his business partner, Marcus King. The company has two films in production currently, including All-Star Weekend and an Untitled Jamie Foxx documentary

In 2021, Foxx and producing partner Datari Turner signed a new production deal with MTV Entertainment Group. The deal will see Foxx producing multiple featured films that will be focused on BIPOC creators as well as diverse storytelling.

Jamie Foxx owns a massive estate in the Thousand Oaks, California. He purchased the Mediterranean-style villa, which was originally built in 1995, for $10.5 million in 2007. With 17,000 square feet, the home sits on more than 40 acres.

In addition to his work in the entertainment industry, Foxx also has several business ventures in other verticals as well. In 2021, he purchased Brown Sugar Bourbon, a flavored bourbon created by the Heritage Distilling Company.

He has also partnered with Privé Revaux Eyewear as a brand ambassador.

Jamie Foxx might be one of the most popular stars today but not much is known about his personal relationships. However, it was no secret that Foxx had been in a relationship with Katie Holmes for about 7 years, following her breakup with Tom Cruise. They parted ways in 2019.

Foxx has two daughters with two different ex-girlfriends. His eldest, Corinne Foxx, was born in 1994 to Connie Kline. She is now an actress as well as a model, and has worked with her dad on several projects. The youngest, Anelise, was born in 2009 to Foxx’s ex, Kristin Grannis.

As of 2022, Jamie Foxx’s net worth is estimated at $170 million. This largely comes from his work in Hollywood as an actor and producer. However, his net worth is also impacted by his music, real estate investments, and his newly acquired alcohol company, BSB-Brown Sugar Bourbon. Additionally, Foxx also recently published a book, Act Like You Got Some Sense: And Other Things My Daughters Taught Me.

Fans of Jamie Foxx can look for him next in They Cloned Tyrone alongside John Boyega. He’s also wrapped filming on Strays, which he co-stars with Will Ferrell, Isla Fisher, and Will Forte. And that’s just the tip of the iceberg, Foxx currently has 5 films in production, another one in pre-production, and he’s currently filming Groove Tails alongside Dave Bautista.

,He will also star as Mike Tyson in the mini series, Tyson, which Antoine Fuqua will direct with Martin Scorsese executive producing.

Olivia Cooke’s Best Red Carpet Moments are Fit for the Queen of the Seven...

CBS offered Kellyanne Conway a platform to rehab her image. The network should rescind...

Ruben Randall - August 30, 2022 0
Money
After acquiring Patrick Beverley from the Utah Jazz, Rob Pelinka and the Lakers took the first step in improving the state of the roster.According...

How Much is Machine Gun Kelly’s Net Worth?

The Making of One of the Most Successful Singers in the...