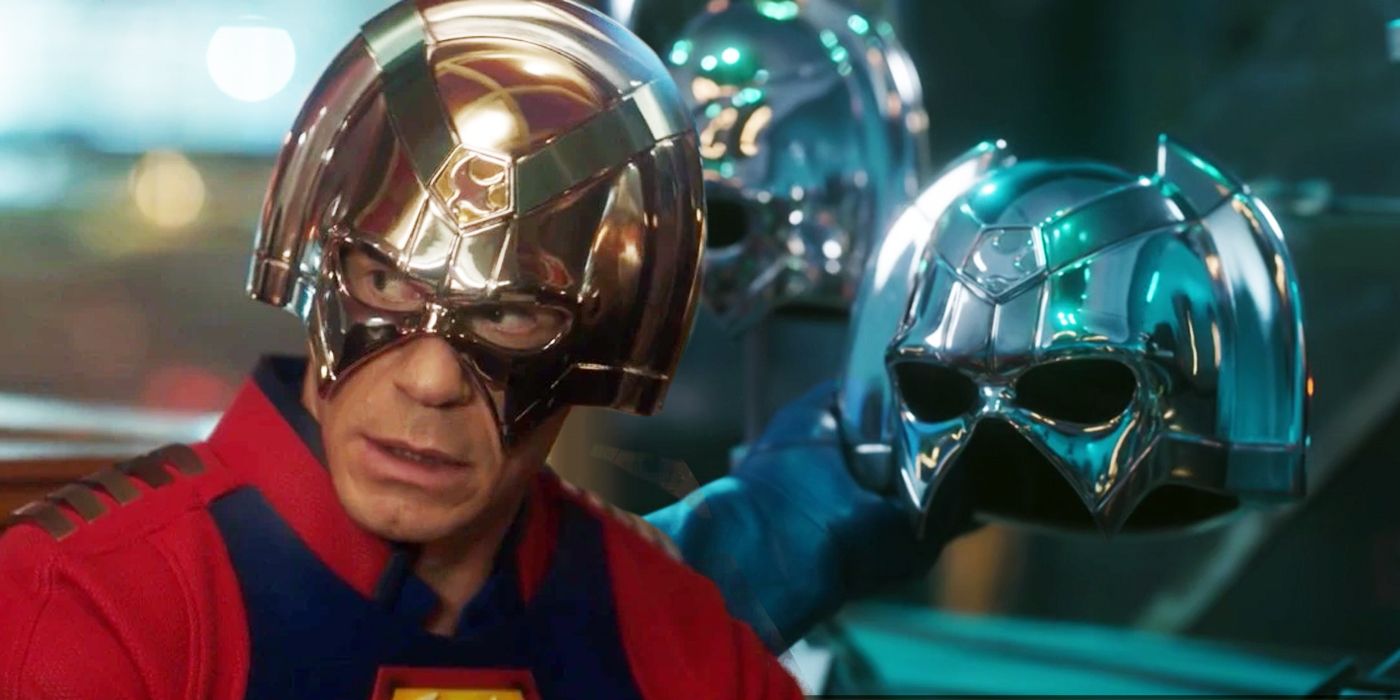 Writer and director James Gunn explains how they dealt with the camera crew’s reflection in Cena’s helmet while filming HBO Max’s Peacemaker.

In The Suicide Squad, Bloodsport (Idris Elba) makes fun of Peacemaker’s helmet, calling it a toilet seat, to which Peacemaker proudly declares, “it’s not a toilet seat, it’s a beacon of freedom!” As far as audiences could tell, Peacemaker’s helmet in The Suicide Squad wasn’t equipped with a laser-ray or ultrasonic beam like in the comics. The Peacemaker series has since revealed that Smith’s helmet(s), made by his not-so-loving father Auggie (Patrick), is equipped with everything from sonic boom and X-Ray vision to scabies…On top of that, they are all really shiny.

Last week, Peacemaker debuted its season 1 finale, “It’s Cow or Never,” which Gunn didn’t release to critics – to hide Justice League cameos. Episode 8 sees ARGUS succeed in its mission to stop Goth and the butterflies while Peacemaker completes a satisfying arc filled with humor and heart—from awkward dances and ’80s hair bands to off-kilter digs at Superman’s sex life. As the follow-up to The Suicide Squad, Peacemaker’s first season is officially the DC Extended Universe’s best-reviewed project on Rotten Tomatoes with a 95% critics score.

HBO Max has already renewed Peacemaker for a season 2. Gunn is currently hard at work on Marvel Studios’ film installment in his franchise, Guardians of the Galaxy Vol. 3. Afterward, Gunn is poised to return to work on Peacemaker and, presumably, other DCEU projects as he creates his own “Gunn-Verse.” With Guardians, The Suicide Squad, and now Peacemaker, Gunn has cemented himself as a champion of oddball comic book characters who are just waiting to subvert the genre. Both Peacemaker’s helmet and the future are bright. Until then, the entirety of Peacemaker season 1 is streaming on HBO Max.

More: Peacemaker’s Worst Helmet Has A Deeper Meaning Than You Realized

Ruben Randall - March 8, 2022 0
Actor
By Nathan Kamal | 2 mins ago Legendary action star/bodybuilder/Governor of California Arnold Schwarzenegger has some bad news for one of his most...