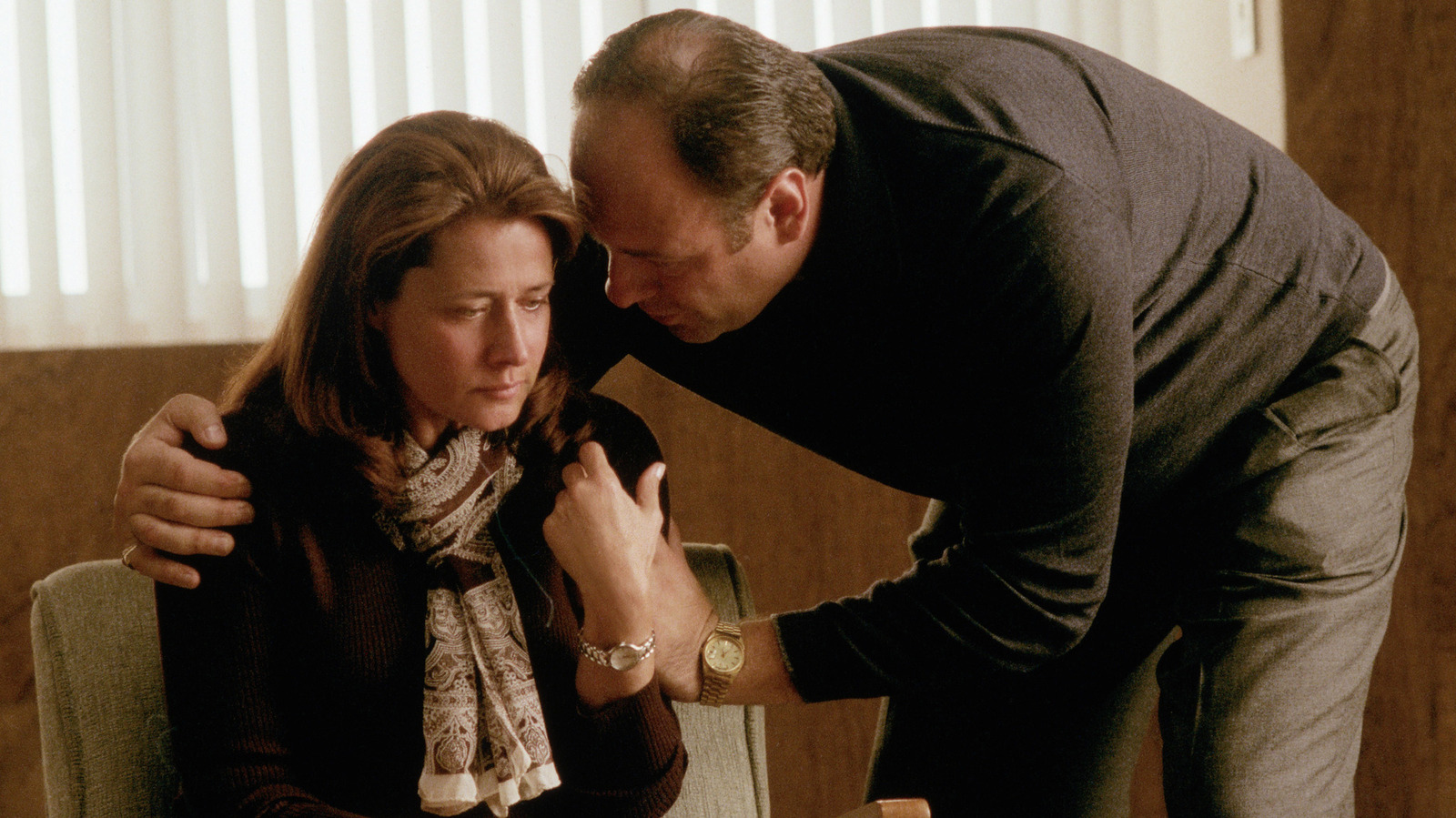 On “Talking Sopranos,” Imperioli asked Bracco if the therapy scenes were shot as a master shot with camera running on both her and Gandolfini, or if they shot one actor first then redid the scene with the camera on the other. Bracco confirms it was the latter, adding “We would always shoot [Gandolfini] first, because he was the storyteller.”

This approach makes sense. The meat of the therapy scenes usually comes from Tony, and not just because he’s the main character of the series. That’s how the process works in real life too. In therapy, most of the weight falls on the patient. The doctor’s role is to ask them questions which, hopefully, encourage self-reflection and reveal enough that the doctor can recommend a treatment. Melfi becomes a proxy for the viewer, watching Tony and learning as much about him as he’s willing to reveal.

According to Bracco, Gandolfini also made great effort to immerse himself in Tony’s mindset during these scenes. To limit distractions, the crew placed black screens behind Bracco so Gandolfini wouldn’t see them or the camera while he was acting. He would also request that the camera be loaded with long rolls of film, so they wouldn’t have to cut any takes in the middle of his performance.

As Bracco recounts, she sometimes became so mesmerized by his acting that she forgot she was his scene partner, not his audience:

“Once in a while I would catch myself not being Dr. Melfi, just being Lorraine Bracco watching this actor in awe… then all of a sudden, ‘oh my god it’s my part!'”

See also  'House of the Dragon': Who is Olivia Cooke's Lady Alicent Hightower? Meet the character who betrayed Rhaenyra

Ruben Randall - December 25, 2022 0
Money
Stevie Wonder Net Worth, Biography, Wife, Age, Height, Weight, and many more details can be checked on this page. Stevie Wonder is a Singer-songwriter who has a net...