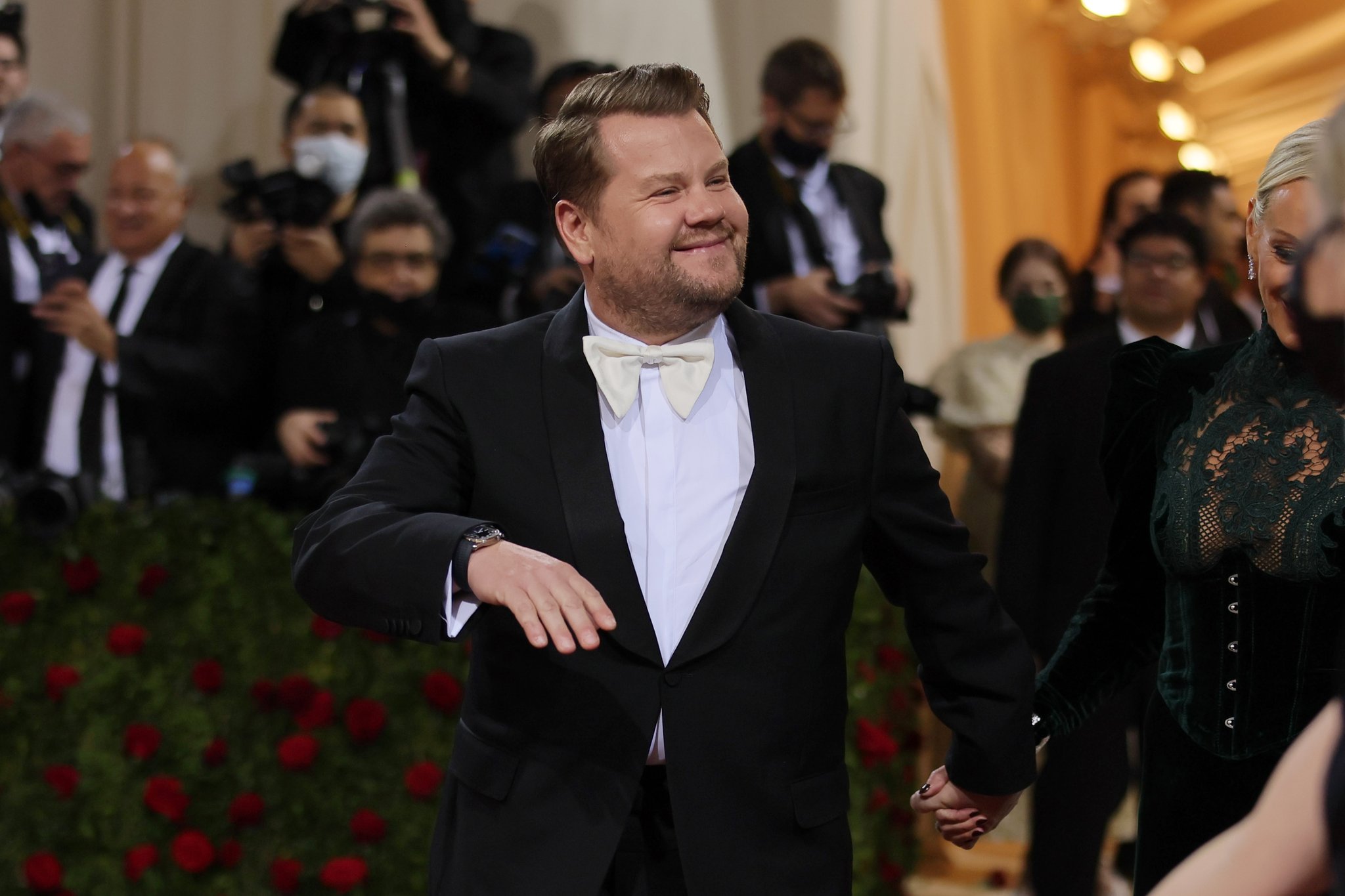 The Late Late Show host has been living in Los Angeles since 2015.

In an interview with The Sun, Corden shared that he had visited Prince Harry for playdates with their children.

He described the Prince as “brave” and that he would “always be in their corner”.

Here’s everything you need to know about James Corden and his family playdates with Prince Harry.

How many kids does James Corden have?

Max was born in 2011, before the couple got married, his middle name is McCartney after Beatles singer Paul McCartney and his Godfather is actor Dominic Cooper.

Carey was born in 2014 just before the family relocated to Los Angeles and is named after Julia’s surname.

Their youngest child, Charlotte, was born in 2017 in the US.

Corden has talked frankly on the challenges of parenting. In an interview with People Magazine in 2018, he recalled trying to go out with his family for lunch.

He said: “We actually went to a place at the end of our road for lunch, and we looked like we were fleeing the country. We had that much stuff. It’s absurd.”

Who is James Corden’s wife?

James Corden and his wife, Julia Carey got married in 2012 (Pic: Getty Images)

The pair first met at a charity event in 2009 with actor Dominic Cooper playing match maker.

Speaking to People Magazine, Corden explained how he sealed a date during that first meeting.

He said: “I remember saying to her, ‘Well, what about on Friday we could do nothing together?’

Carey, who was an actress on the TV show Wings, now works as TV producer in Los Angeles.

Corden, who has been living in Los Angeles since 2015, revealed to The Sun that his children have playdates with Prince Harry and Meghan Markle’s kids.

When speaking about whether he’s visited the Prince he said: “I have. It was more a sort of play date scenario [with the kids].”

He added: “Then we went out for dinner after, it was lovely. Obviously I’m not telling you any more. Obviously.”

Corden interviewed Prince Harry in February 2021, before their widely viewed interview with Oprah.

He reiterated to The Sun that he supported Prince Harry and Meghan Markle, saying: “I have a huge amount of respect and admiration for Harry, and anyone who has been around him and spent time with him would feel exactly the same way.”

Corden also commented on Prince Harry as a father and husband, calling him “brave”.

He said: “I think he is a devoted and loving husband and father and I think what they have done [in turning away from royal life] is incredibly brave and I’ll always be in their corner.”

Corden has been hosting the Late Late Show since 2015, taking over from Craig Ferguson.

The comedian announced in April 2022 that he would be leaving the show in 2023, after an eight season run.

Corden said: “When I started this journey, it was always going to be just that. It was going to be a journey, an adventure. I never saw it as my final destination.

“I never want this show to overstay its welcome in any way. I always want to love making it. And I really think in a year from now, that will be a good time to move on and see what else might be out there.”

He added that his final season will be the “best year” and “go out with a bang.”

What is James Corden’s net worth?

Ruben Randall - November 21, 2022 0
Actor
Arnold Schwarzenegger faced many hardships as a child. Arnold’s father, Gustav, was the police chief of his hometown in Austria. However, the family...

Rare Photos of Him Then and Now