Congratulations are in order for Fox News personality Kat Timpf and her beau Cameron Friscia!

Timpf, 32, and Friscia, 34, tied the knot on Saturday in a ceremony officiated by Lisa Kennedy Montgomery, who hosts Kennedy on Fox Business.

Speaking exclusively to PEOPLE on Monday, Timpf revealed that the couple “had the option to make the wedding whatever we wanted,” including have a neon sign at the altar that read “‘Til Death” and opting to walk down the aisle to Adam Sandler‘s “I Wanna Grow Old With You” song from The Wedding Singer.

“I think the vibe of the wedding was that everyone was definitely really happy for me, but also there was an element of shock, even for me, that this was truly happening,” said Timpf, who first shared the news on Instagram and Twitter. “I wasn’t just looking for a boyfriend/husband [before meeting Cam]. I was pretty full-on against it — and kind of questioning whether or not I even believed in monogamy at all.”

For their big day, Timpf wore a dress from Kleinfeld’s. She also had her hair and makeup done by Roman Kusayev of Roman K. Salon and Brandalyn Fulton Williams, respectively. The duo’s rings were from Greene & Co.

RELATED: Happily Ever After: See All of the Celebrity Weddings of 2021

Though Timpf admitted to being unsure about Friscia after meeting him on Raya — because he “seemed so clean-cut” compared to her previous boyfriends — she revealed how he has changed her perspective on love. 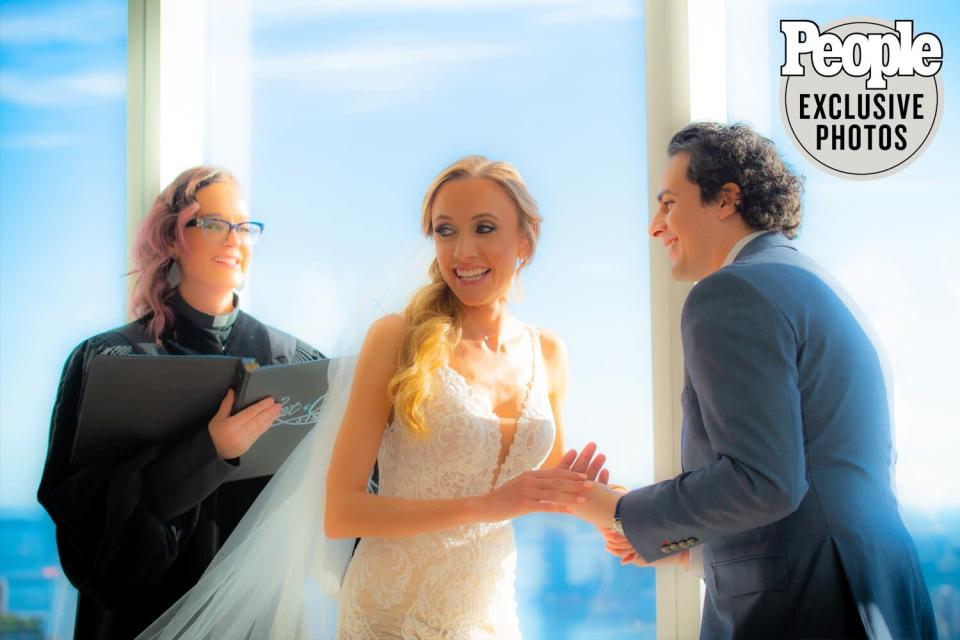 “When I fell in love with Cam, though, I realized how wrong I was [about it] because I felt more free than I ever have in my entire life. Knowing that I have his support and love, I am more fully myself and I am myself more confidently than I ever thought I could be,” she continued. “I have less anxiety about things than I used to, too, because I know there is nothing that could ever be a match for the team that we are together. I feel so safe, but I’m also shocked to find that the safety isn’t boring. I am having the time of my life with him.”

“I am so excited to continue to grow with him and have the best time doing it. I never, ever wanted kids, nor did I understand why anyone ever would, but now, being with him, I feel like I could have his kids, so we will maybe probably do that in a few years. He has changed me for the better and it’s the best feeling in the world,” she added. 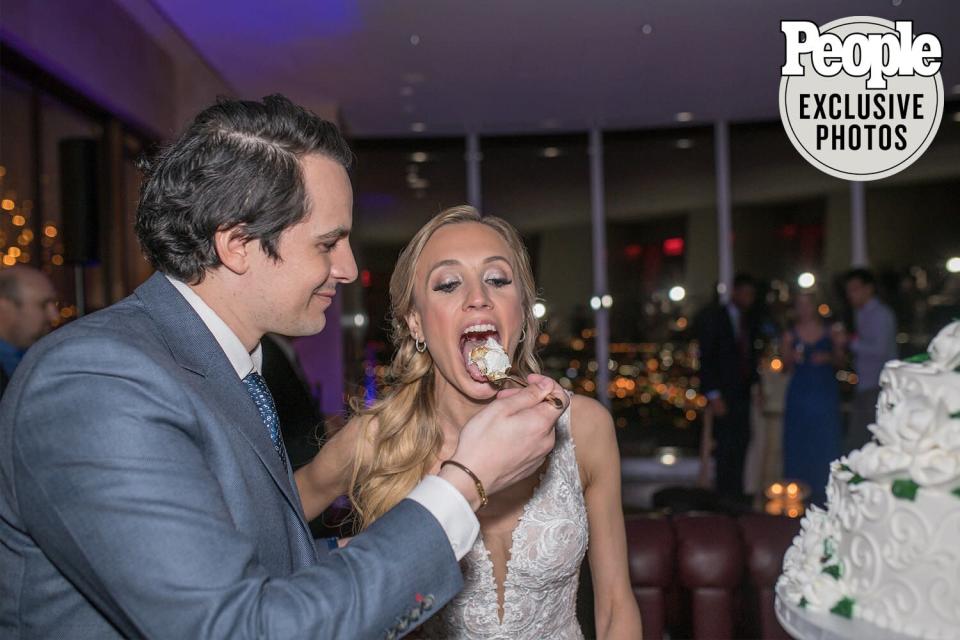 Many of Timpf and Friscia’s loved ones and close friends were in attendance for their big day, including the journalist’s former Fox News colleague Meghan McCain.

“Kat and I have been such close friends since we started together at Fox News,” McCain, who welcomed her first child with husband Ben Domenech in September, told PEOPLE exclusively of the wedding. “So after such a tough year, it was incredible to finally be able to celebrate her and Cam’s nuptials. I’m so happy for both of them and of course she looked absolutely gorgeous.”

The View co-host, 35, additionally congratulated the couple via Twitter, writing: “We love you so much! Such a beautiful day!” 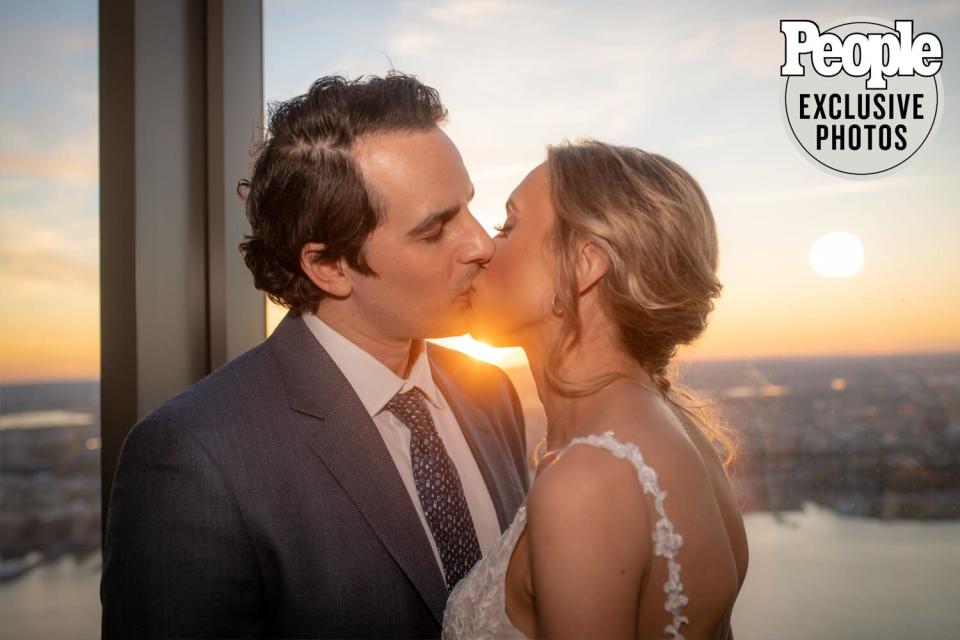 Timpf has previously been relatively low-key regarding the details of her dating life. However, in August, she confirmed that she was engaged during an appearance on The Greg Gutfeld Show. The broadcaster flashed her engagement ring for the camera at the time and then quickly moved on to the next topic. Sharing the moment via Instagram, she joked that “hell froze over.”

Days later, Timpf posted a candid photo of the pair and joked that their “engagement photos are HERE.” The pic in question was a mirror selfie that featured Friscia wrapping his arm around Timpf, who showed off her engagement ring while wearing a silly hat.

Timpf and Friscia celebrated the holidays together months later alongside their dog and cat. She captioned multiple shots of the bunch, “Merry Christmas from our family to yours!”