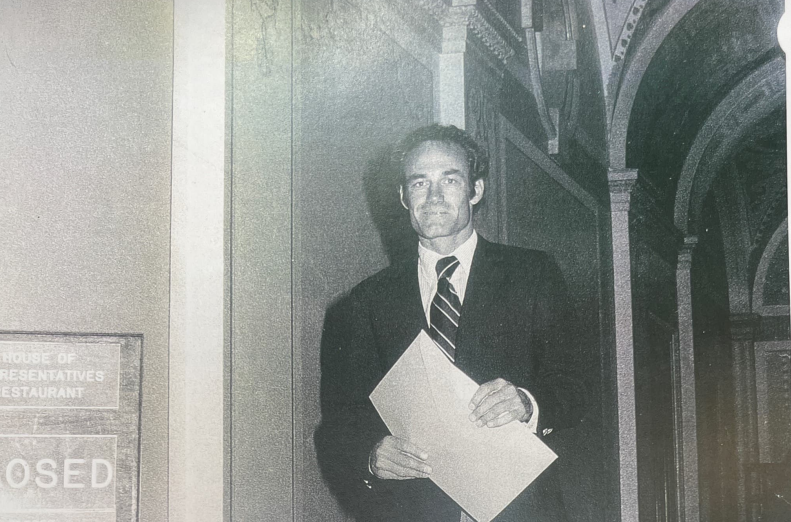 (NewsNation) — Barry Goldwater Jr was a Republican Congressman from California from 1969 — the year Richard Nixon was first sworn in as president — to 1983.

In 1974, he had every expectation that he and his House colleagues would hold an impeachment vote, which President Nixon would lose, but that never happened.

Nixon resigned because of what is known to this day as a “Goldwater moment.”

It’s named not for Goldwater Jr, but for his legendary father and namesake, Former Senator Barry Goldwater Senior.

With impeachment all but guaranteed, the elder Goldwater marched into the White House and told Nixon there was no way out and that if he took his chances in a trial, most Republican Senators would vote to convict.

Goldwater and Dean had been roommates at military school in Virginia.

NewsNation’s Ashleigh Banfield asked Goldwater Jr. about Watergate and if he believed there were any comparisons to Jan. 6 attack on the United States Capitol.

“It’s not that the power struggle doesn’t have a cause. Watergate was a cause. The hearings today, the storming of the Capitol was a cause. But it becomes a politics showcase when the opposition gets ahold of it and makes it much bigger than it actually is,” Goldwater said.

Goldwater added that the nation can learn from these events and that there are positives that can come from them.

MARCEL THE SHELL WITH SHOES ON (2021) Movie Trailer: Dean Fleischer-Camp films a Beloved...

Ruben Randall - March 12, 2022 0
Actor
A suspect has been nabbed in the on-camera attack of a 91-year-old Asian man in California, cops said — days after actors Daniel...