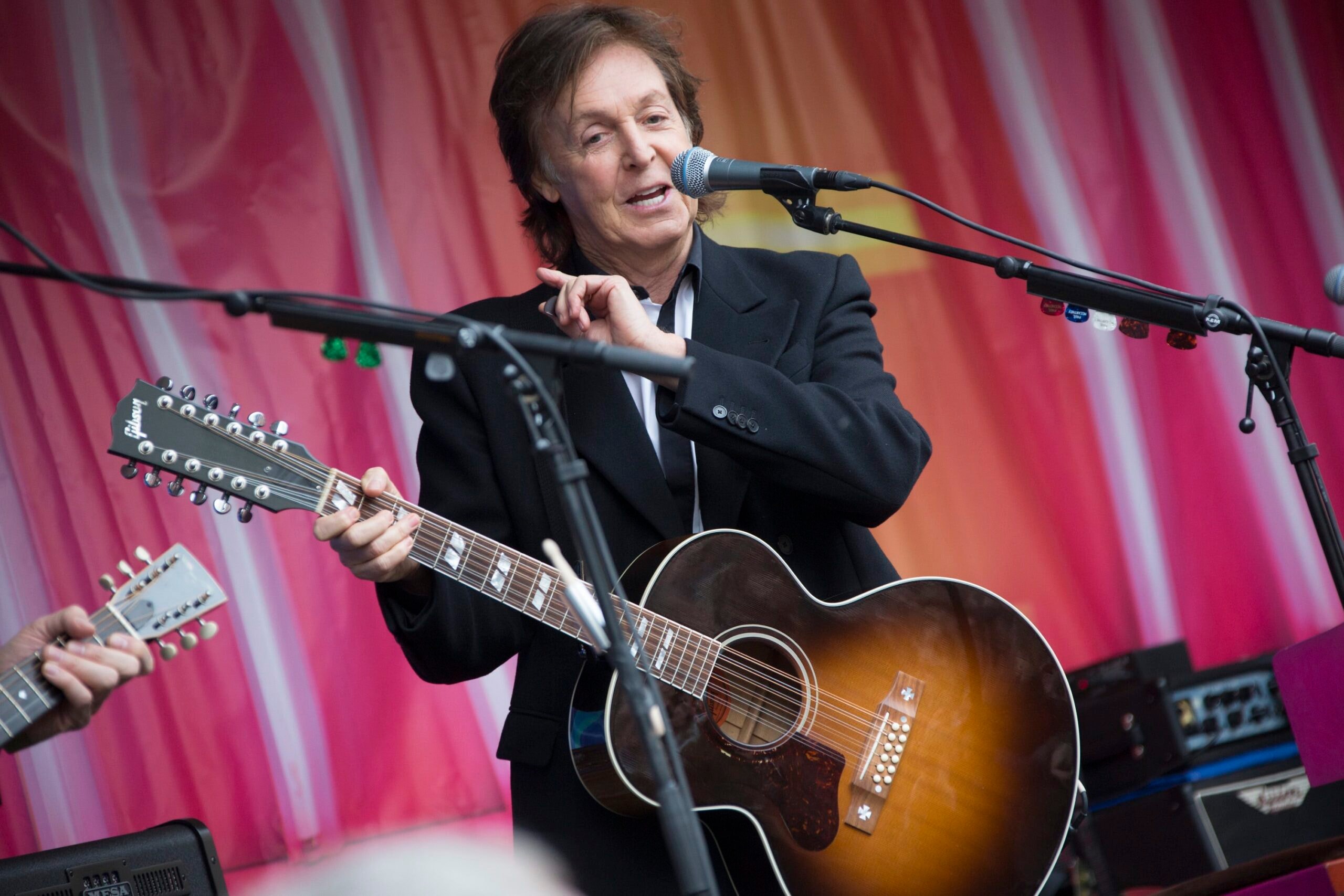 It has happened yet again, Beatles fans. Just last week I posted an article about another in a series of mistakes found on a Beatles release. It involved the reissue of the band’s 1966 masterpiece, Revolver, or REVOLER as the mistake is shown on some vinyl copies. Imagine my surprise to find out there’s yet ANOTHER mistake on a Beatles related release, and this one is not even out yet! (as of the publishing of this article.)

Fans of The Beatles and Paul McCartney were no doubt thrilled to hear the surprise news of Paul’s next release, The 7″ Singles Box, on December 2. It’s a stunning set of 80 7″ singles, covering Paul’s entire career. While the set will be available digitally, serious McCartney collectors already have most, if not all of these titles in some form in their collections. The real treat is the limited edition vinyl set, limited to just 3000 copies. All 80 vinyl remastered singles have the original 45 sleeve artwork from various Paul releases around the world, and the set is housed in a beautiful pine box, complete with a 100-page book!

There’s just one problem with the book. The singles in the book’s track list are all numbered from 1-80, with “A” side and “B” sides indicated, and a few double “A” sides on there as well. Take a look below at single 41B, the dreamy b-side of Paul’s 1986 song “Press” called “It’s Not True” – wait, WHAT? What’a a “ture?” Hello? Capitol Quality Control?

Another Beatles related release, another mistake.

Preorders are already sold out for the set, which sells for over $600. Say it isn’t ture! 🙂

This error is only the tip of the iceberg with Beatles and solo recordings. I’ve assembled some of my favorite goofs over the years, and you’ll see why this is no isolated occurrence. Do the Stones have this problem??

11 Beatles Album Mistakes That Could Turn Into Cash

The Beatles have definitely set their share of records over the decades, but I swear one of them must be the number of errors you find on their albums and singles. It’s as if the labels were in such a rush to release this stuff that they forgot to have one last look at the final packaging before sending a cherished Beatles product out to the world.

From their very first single, “Love Me Do,” which had the songwriter co-credit listed as “McArtney,” to this latest gaffe, misspelling “REVOLVER” as “REVOLER” on some LP bundles of the 2022 reissue, there’s been a long history of Beatles 45s, album, CDs and cassettes having mistakes on them. Some are relatively common, amazingly, and don’t necessarily fetch a whole lot of dough. Others, however, can net huge cash. If you have any Beatles vinyl in your collection, take a look at the mistakes below and see if you’re in possession of one of these gems. You might have a Beatles album mistake that could net you a bit of cash! An extremely rare copy of The “Love Me Do” with the misspelled “McArtney” sold in 2017 for almost $15,000!

See also  What losing his entire net worth taught this investor

Most of these pieces shown below are taken from the collection of my friend and fellow collector, Charlie Leonard, and several are from my collection. How some of these made it past the record label’s quality control department is a mystery to me! Then again, that’s what makes record collecting so much fun for me – finding gems out there that may or may not be worth a lot monetarily, but have interesting or sentimental value.

Below are some more examples of mistakes, omissions and errors on Beatles records. It’s a partial list as, sadly, there are many more out there. Check your collection – you may have one of these hiding amidst your vinyl or CDs!

Andre Gardner is a 45 year radio broadcast professional who continues to live the dream.

Henry Cavill Net Worth (2022) From Superman, The Witcher, More