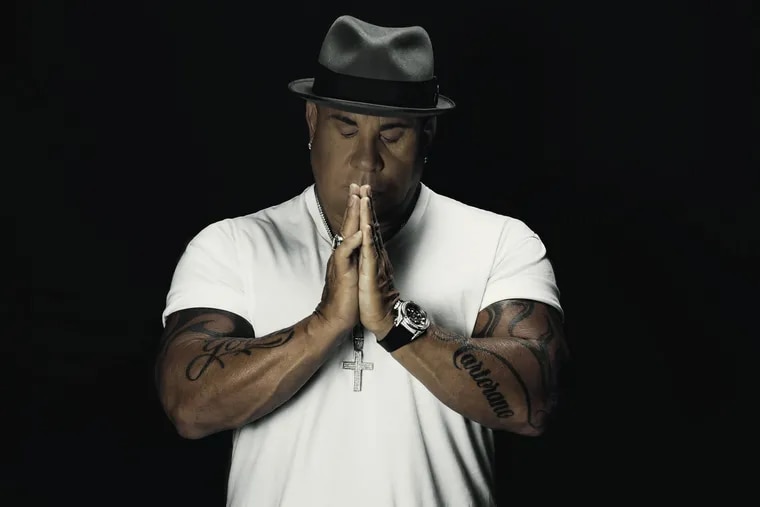 Restaurateur Steve Martorano, who left South Philadelphia three decades ago for greater glory in South Florida and beyond, is coming back in 2023 to open an Italian steak house at Rivers Casino Philadelphia in Fishtown.

No one seems more surprised than Martorano, 65, a guy with a big personality who wears his heart for his hometown on his heavily tattooed sleeves. “I always wanted to come home,” he said, marveling at his career progression, from operating an underground sandwich shop out of his apartment to succeeding as legitimate restaurateur with locations in Fort Lauderdale, Las Vegas, Atlantic City, and most recently Pittsburgh.

Rivers is fitting out its largest restaurant space for Martorano’s Prime. It will be similar to the one that opened in January 2021 inside Rivers Casino Pittsburgh.

Martorano calls it “a steak house with a vibe. It will have accents of Italian. So yes, you will get a meatball and salad that we’re famous for. You will get a Philly cheesesteak. You will get our Sunday gravy and linguine and clams and bucatini carbonara. You’ll get our veal chop Parmesan, but you’ll also get prime steaks.” His wife, Marsha, who runs the South Florida location, will open a bakery inside called Lilly’s.

The music playlist will mix Philly oldies like the Gamble & Huff catalog with today’s hits. “If they’re coming to get an experience, they can have dinner, hang out, dance, have a good time, and go home,” he said.

Martorano grew up around 28th and Wharton Streets, the son of Joe and Lillian Martorano. He regularly shuttled crosstown to the house of his grandmother, known to everyone as Fat Mary, on Fitzwater near Seventh. Food was everywhere, and he enjoyed cooking with his mother and grandmother.

Right out of Bishop John Neumann High in 1976, Martorano was doing a little of this and a little of that — spinning records at such nightspots as Valentino’s in Cherry Hill and selling food out of his apartment. After the authorities shut down his takeout business, he said, he began operating from his parents’ basement.

Then Joe Martorano bought a bar at 11th and Fitzwater.

“My father said, ‘I’ll take this joint over. I want you to bartend a couple of days a week. You go DJ at nighttime and you can help downstairs with the kitchen,” Martorano said. “OK. I love music and I love food.”

His uncle was mob soldier Ray “Long John” Martorano, who, for a time, owned Cous’ Little Italy, then at 11th and Christian Streets. That’s where, on the night of March 21, 1980, mob boss Angelo Bruno ate rigatoni marinara and chicken Sicilian. As Bruno’s driver pulled up in front of his house after dinner, he was gunned down. (Long John Martorano himself was ambushed and killed in 2002, about two years after his release from prison on drug charges and a murder charge that was overturned.)

Steve Martorano chose the straight path. “I could’ve been a gangster,” he wrote in his 2014 cookbook It Ain’t Sauce, It’s Gravy: Macaroni, Homestyle Cheesesteaks, the Best Meatballs in the World, and How Food Saved My Life. “I should’ve driven a delivery truck. I would’ve ended up dead or broke had I joined either the family business or The Family Business; there was a fine line between the two when I came of age in a South Philadelphia rowhouse during the 1970s and 1980s.”

In 1987, Martorano opened Steve’s Ristorante, on Old Bustleton Avenue in Northeast Philadelphia, serving South Philly favorites in a Sinatrafied dining room. Steve’s also happened to be one of Philadelphia’s first smoke-free, white-tablecloth restaurants because Martorano did not want smoke to mar the aromas. He later named it Macaroni’s, owned now by two former employees.

Visiting a friend in South Florida, Martorano was offered the chance to take over a small restaurant in a strip mall off A1A, near the beach in Fort Lauderdale. “Five tables, one stove,” he said.

He decided that a change of venue would be good. In 1993, he sold everything in Philadelphia and headed south. Cafe Martorano has grown several times, taking over adjacent businesses. Celebrity clientele started frequenting it; they’d get up to dance when Martorano is spinning records.

Cafe Martorano also plays gangster movies on TVs in the dining room. The idea began 40 years ago at his dad’s bar. At the dawn of the Betamax era in 1981, he said, his cousins opened South Philly Video, and Martorano borrowed a VCR and played The Godfather at the bar for a dinner-and-a-movie night. It was a hit.

The mob and music motif traveled to Cafe Mortorano in Fort Lauderdale. Shortly after he opened, Martorano said, “I’m by myself cooking. I put a TV in so I could watch a movie. I put CDs on so I could hear my sounds from Philly. Customers would come in and say, ’I like the music here. I like movies here.’ Before you know it, you grow.There was no dream. My vision was get up and go to work and pay bills. That’s all I knew I had to do.”

Martorano and his wife are spending September in Italy — his first trip ever to his homeland. “We close the [Fort Lauderdale] restaurant every year for a month,” he said. “My philosophy was always, ‘I want my customers to go somewhere else and try something. And if they missed us, they’ll come back. ’”

Ruben Randall - June 22, 2022 0
Money
The Blacklist is officially returning for season 10, an announcement that may get mixed reactions from...