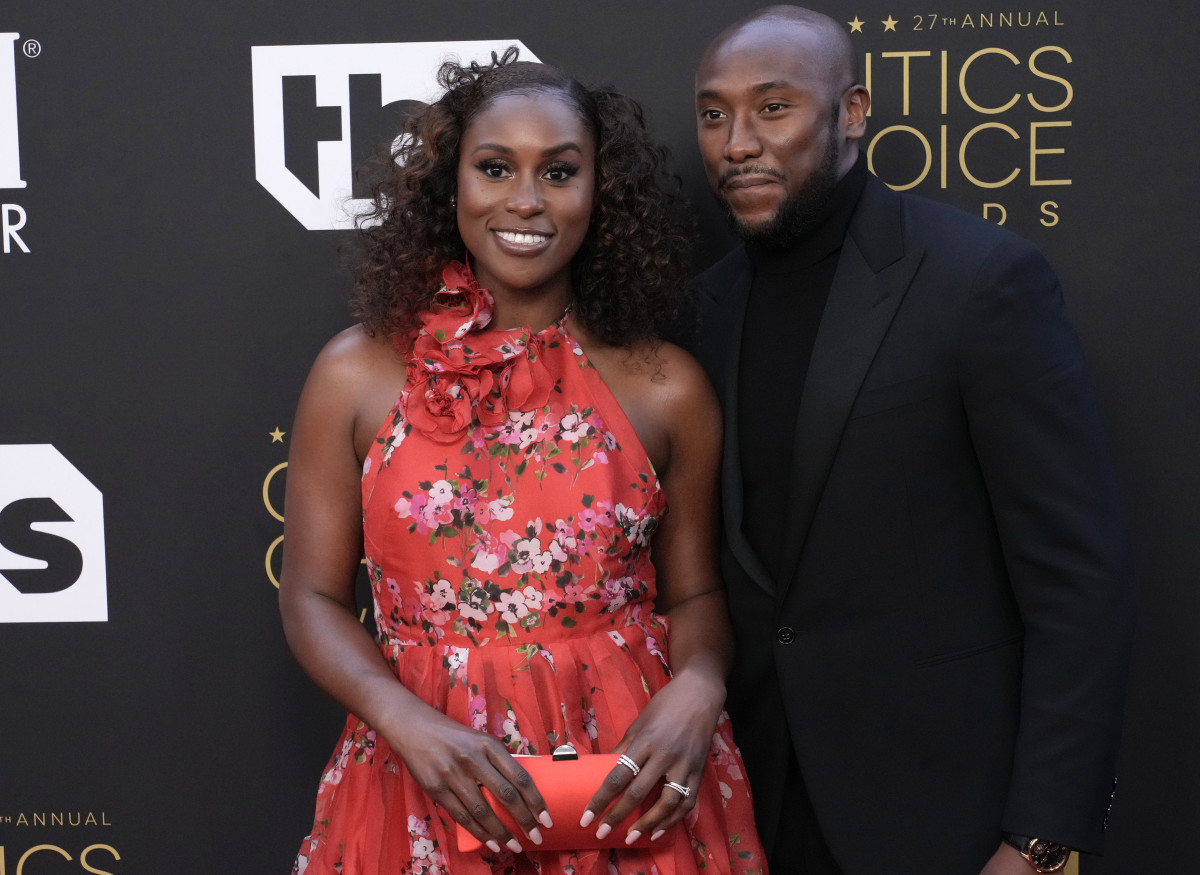 “I don’t want any input,” Rae told Vogue in March 2018. “As a writer, you put everything on the table. I’ll take input on kids if I’m going to have kids. How do I not kill the kids? Work? Give me the input. Any other aspect of my life? Give me the input. But who I’m f**king? No, I don’t need input. I’m good.”

Though Diame occasionally joins Rae on red carpets, they fly way under the radar. Get to know her mystery man!

Who is Issa Rae’s husband?

Rae is married to businessman Louis Diame. Don’t bother asking her about him though, because she won’t discuss her romance!

How did Issa Rae and Louis Diame meet?

No one knows how Rae and Diame first met because they both refuse to discuss their relationship publicly. We do know they’ve been together for quite some time, however, with Rae’s brother Lamine Diop telling Us Weekly in 2019, “He’s already been like a brother to me. Family ties at all the family events and dinners, Christmas, Thanksgiving.”

Diame is from Senegal, one of the many nations on the African continent. (We feel the need to clarify that because, well, many people still see Africa as a monolith.)

Rae also has some roots in Senegal (her father is from the capital city Dakar) and spent time in the West African country when she was young.

How long were Issa Rae and Louis Diame together?

A 2012 report from The Washington Post noted that Rae and Diame were dating at the time. As such, we now know they’ve at least been together for an entire decade! You can actually see him in a restaurant scene in one of her Awkward Black Girl videos from September of that year.

In a 2019 interview with Us Weekly, Rae’s brother, Lamine Diop, said that Rae and Diame had been dating “forever.”

Where was Issa Rae’s wedding?

Diame and Rae married at Grand-Hôtel du Cap-Ferrat in the South of France. Few people knew she was even getting married! You can see stunning photos from her wedding here.

What is Louis Diame’s age?

Diame is about 39 years old. We only know that because The Washington Post reported in 2012 that Diame was 29 at the time.

What does Louis Diame do?

Diame is a businessman, with Essence reporting that he’s an international banker. The precise nature of his work, like almost everything else about his relationship with Rae, is cloaked in a healthy shroud of secrecy. More power to them!

What is Louis Diame’s nationality?

What is Louis Diame’s net worth?

Diame’s net worth is estimated to be between $1 million and $5 million, but take all of that with a big grain of salt. He’s so private that there’s no actual way to know for sure!

Nicole Kidman teams with Maya Erskine in the sinister thriller The Perfect Nanny for...