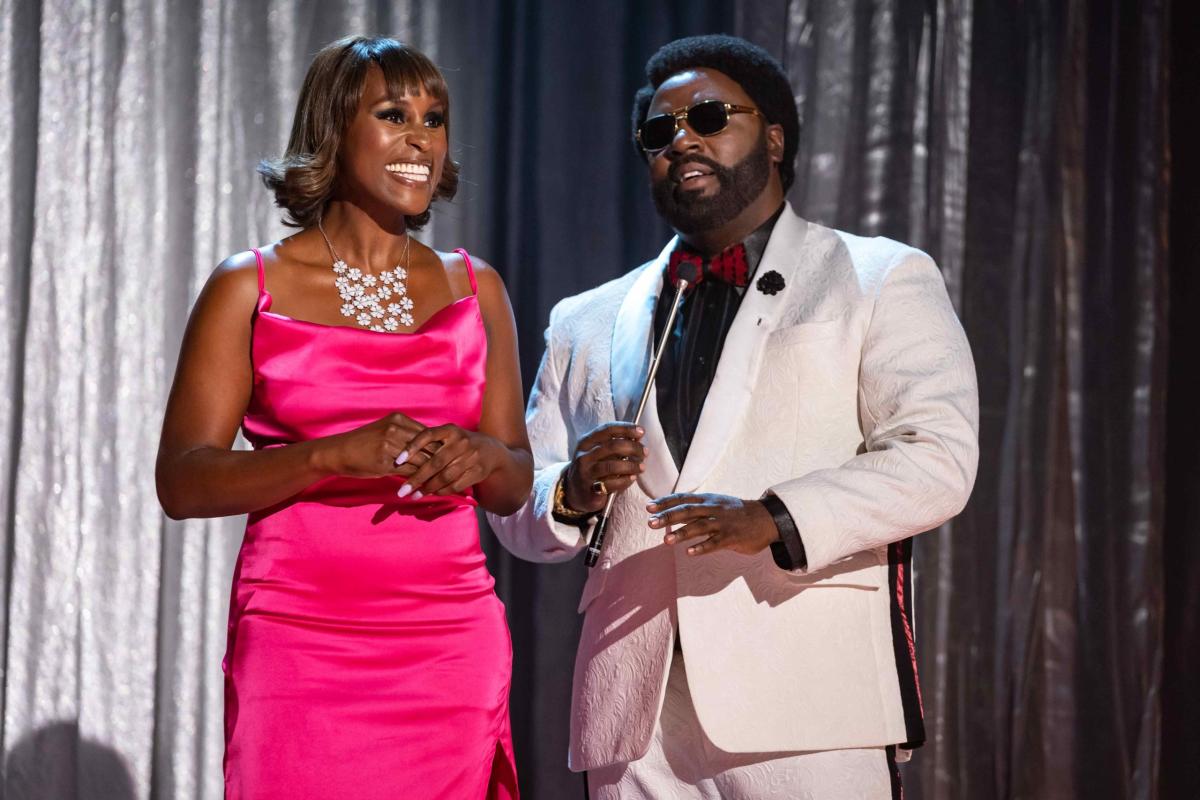 Issa Rae, Porsha Williams and Amanda Seales are among several stars who will appear in season 2 of the critically-acclaimed series Sherman’s Showcase.

The variety series, from creators and stars Diallo Riddle and Bashir Salahuddin, returns to both IFC and AMC+ on Oct. 26. New episodes will stream a week early on AMC+.

Guest stars appearing in the season include:

“Sherman’s Showcase has it all. Bashir and Diallo have delivered a jam-packed new season full of sketches, songs, fashion statements, movie parodies, outrageous antics, and even a trip to Lagos.  This block party of a sketch show is back and better than ever.”

“We worked so hard to make this season happen,” said  Riddle and Salahuddin said in a statement. “We filmed during a Covid spike. Our writers’ room was in a parking lot. We were wearing masks in the recording booth. It was insane. Still, somehow, we think we’ve topped Season 1. As our director Matthew Piedmont has said, we tried to only elevate the Sherman’s Showcase experience this season. And despite the challenges, the cast, crew, and a ton of dancers and stars still found their way to the studio where we shoot this show. Risking their lives. And ours. It was worth it.”

The series features “sketches, dancers, fake commercials, movie trailers, cultural nostalgia, the Funk Monster, A-list guest stars and original songs (“Drop it Low for Jesus,” “Marina Del Ray”) that definitely climbed the fictional charts. Each episode is hosted by Sherman McDaniels as he takes viewers through time, via music and comedy drawn from the 50-year library of a legendary (but fictional) musical variety show.”

Ruben Randall - November 16, 2022 0
Actor
After shooting for a couple of days on the "Total Recall" Mars set at Estudios Churubusco in Mexico City, Cox had to be...