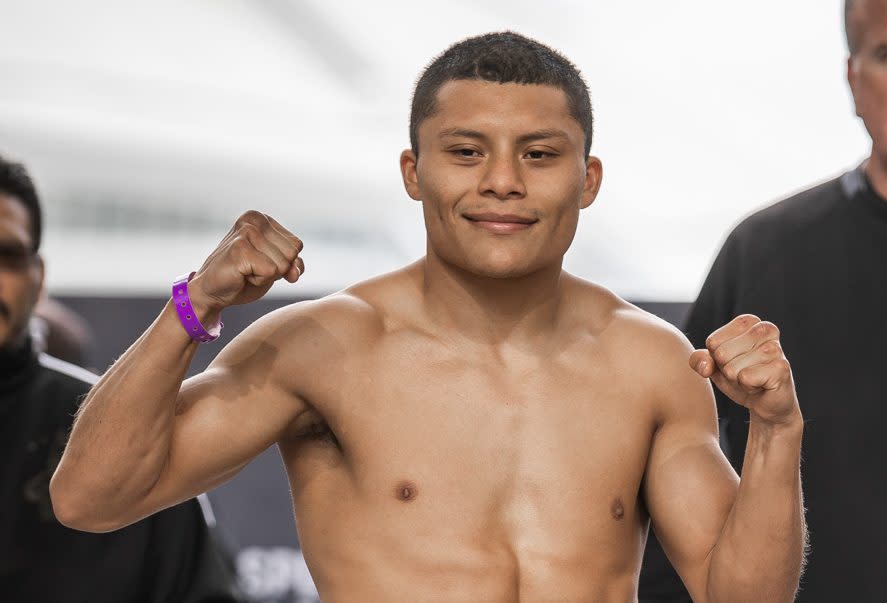 Artistic? Not at all. Brutal? Absolutely.

Isaac Cruz battered Yuriorkis Gamboa mercilessly until the lightweight fight was finally stopped in the fifth round on the Errol Spence Jr.-Yordenis Ugas card Saturday in Arlington, Texas.

Cruz (23-2-1, 16 KOs) made a strong impression in a losing cause against Gervonta Davis in December, losing a disputed decision.

And the Mexican further enhanced his reputation against the 40-year-old Gamboa, although he had no desire to demonstrate his boxing skills in a seek-and-destroy effort.

Cruz winged mostly wild punches from the opening bell. Many missed, some didn’t, which led to Gamboa’s demise.

The Cuban went down in each of Rounds 2, 3, 4 and 5. He refused to quit after the first three knockdowns, holding, moving, punching back, doing anything to survive.

However, there was no coming back from the last knockdown, the result of a left hook to the head and then a right to the head, which sent a badly damaged Gamboa into the ropes.

At that point, referee Mark Calo oy immediately gave Gamboa a bear hug, his way of saying enough was enough. The official time of the stoppage was 1:32 of Round 5.

Gamboa was stopped by Davis in the 12th and final round and he went the distance with Devin Haney in his previous two fights.

“I came here to box, not dance. I gave a spectacle here in Dallas,” Cruz said.

Cruz is ranked by all four of the major sanctioning bodies. He’ll probably creep higher on each list after his spectacular victory on Saturday.

Draco Malfoy Real Name, Net Worth, Age: These Facts Might Shock You!

Ruben Randall - April 21, 2022 0
Actor
Fans of Arnold Schwarzenegger have marvelled over the physical resemblance between the star and his actor son, Joseph Baena. Baena, who is also...

Maryland Gov. Larry Hogan says he wants to go back to...