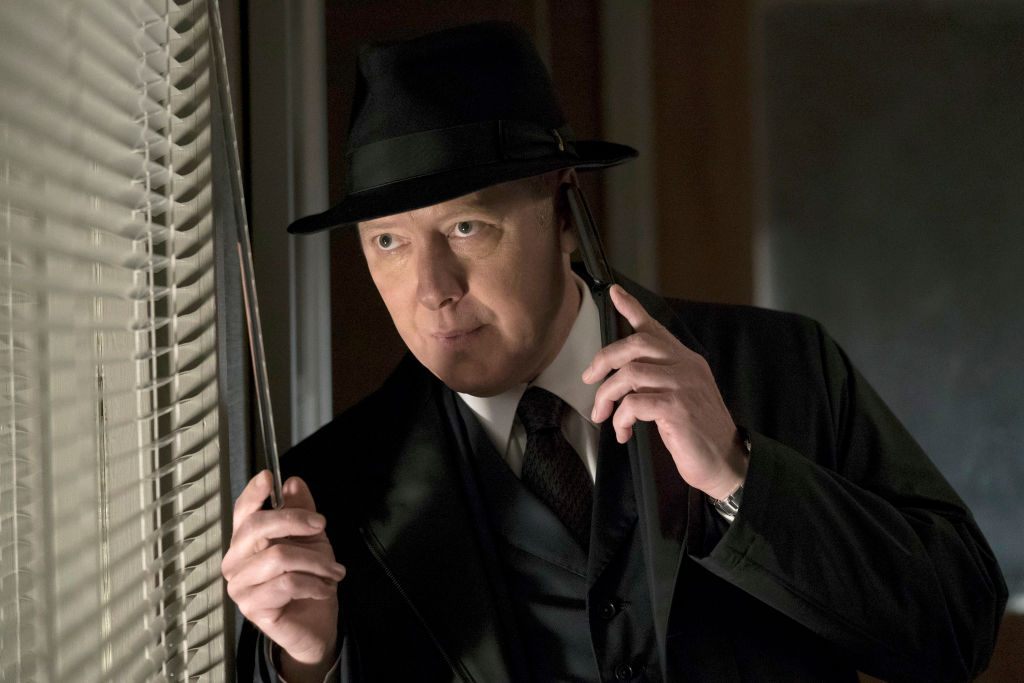 Raymond “Red” Reddington (James Spader) is one of the world’s most elusive criminals. The Blacklist‘s “concierge of crime” facilitates an underground network of secrecy and intrigue. Seeing as Reddington freely flies in his private jet whenever he chooses — and stays wherever he wants whenever he wants — how much is he worth? How does it compare with another TV kingpin of the same size?

How similar is ‘The Blacklist’s’ Raymond Reddington compared to ‘Breaking Bad’s’ Walter White?

The Blacklist‘s Raymond Reddington is a powerful man. People who know him are afraid of him. Reddington was ruthless in the first two seasons, with a much higher kill count than subsequent seasons. The slowdown can be attributed to Reddington’s age and his mysterious terminal illness.

We’re likely to find a few similarities if we compare Reddington to another antagonist — such as Breaking Bad‘s Walter White (Bryan Cranston). Both are terrifying to those who’ve crossed them, and both contend with terminal illness and mortality.

By the way Breaking Bad was filmed, we know more about Walter’s life leading him into the drug business, whereas Reddington’s former life is still a central mystery. That said, let’s break down how they compare when it comes to money.

At the start of Breaking Bad, Walt is celebrating his 50th birthday. The family doesn’t have much money. Walt’s wife Skyler works as a bookkeeper who, in the real world, only makes anywhere from $26,000 to $54,000. Walt became a chemistry instructor after the sale of Gray Matter. Gray Matter became a successful company.

Walt’s regrets over leaving Gray Matter are ultimately what led to building his methamphetamine empire. Screen Rant estimates that he earned $80 million cash. It’s the same money he buried in the desert. After Nazi leader Jack and the crew discovered seven more barrels, they concluded that Walt kept $10,000,000.

Walt went into hiding during the fifth season and had to purchase survival supplies. With $9 million, he returned home to Albuquerque in New Mexico to be with his family.

It takes a lot to live like Raymond Reddington

Reddington’s net worth is harder to pinpoint. Multiple Reddit threads, as well as Quora posts, have provided approximations. He was a man on the run for 20+ years and needed to be able to invest and diversify his portfolio to stay comfortable.

One fan said that Reddington had $150 million in one account.

Another noted that he’s not so much cash-rich but is better able to leverage people to get what he wants.

“It seems like his entire being and network is built off this style of system. It’s not always cash, though. It might be special access to a tailor or medical expert. Maybe it’s hard to find food. With Red, it’s about knowing the right information and using it at the right time. I think this is the crux of the show,” A fan wrote.

Others have speculated that he could make between $10 million and $30 million per annum. If the show has been on for eight years, he’d be in the $80 million to $240 million range.

RELATED: Inside ‘The Blacklist’ Star James Spader’s Surprising Motivation for Staying With the Series

All of that said, both Reddington and Walt’s net worth would be a lot different, based on their annual expenses. While Walt didn’t live a life of luxury – even once successful —, Reddington has and still does. Red employs people like Dembe Zuma (Hisham Tawfiq), and the jet itself is a money pit. His actual cash value at the end of the day would probably fall pretty close to Walt’s.

Both men are dangerous, and both know how to make a buck — they prefer to do it in different ways, and that’s why we love them.

Ruben Randall - March 6, 2022 0
Celebrity
Obituary of Walter Robert MearsWalter R. Mears, who for 45 years fluidly and speedily wrote the news about presidential campaigns for The Associated...