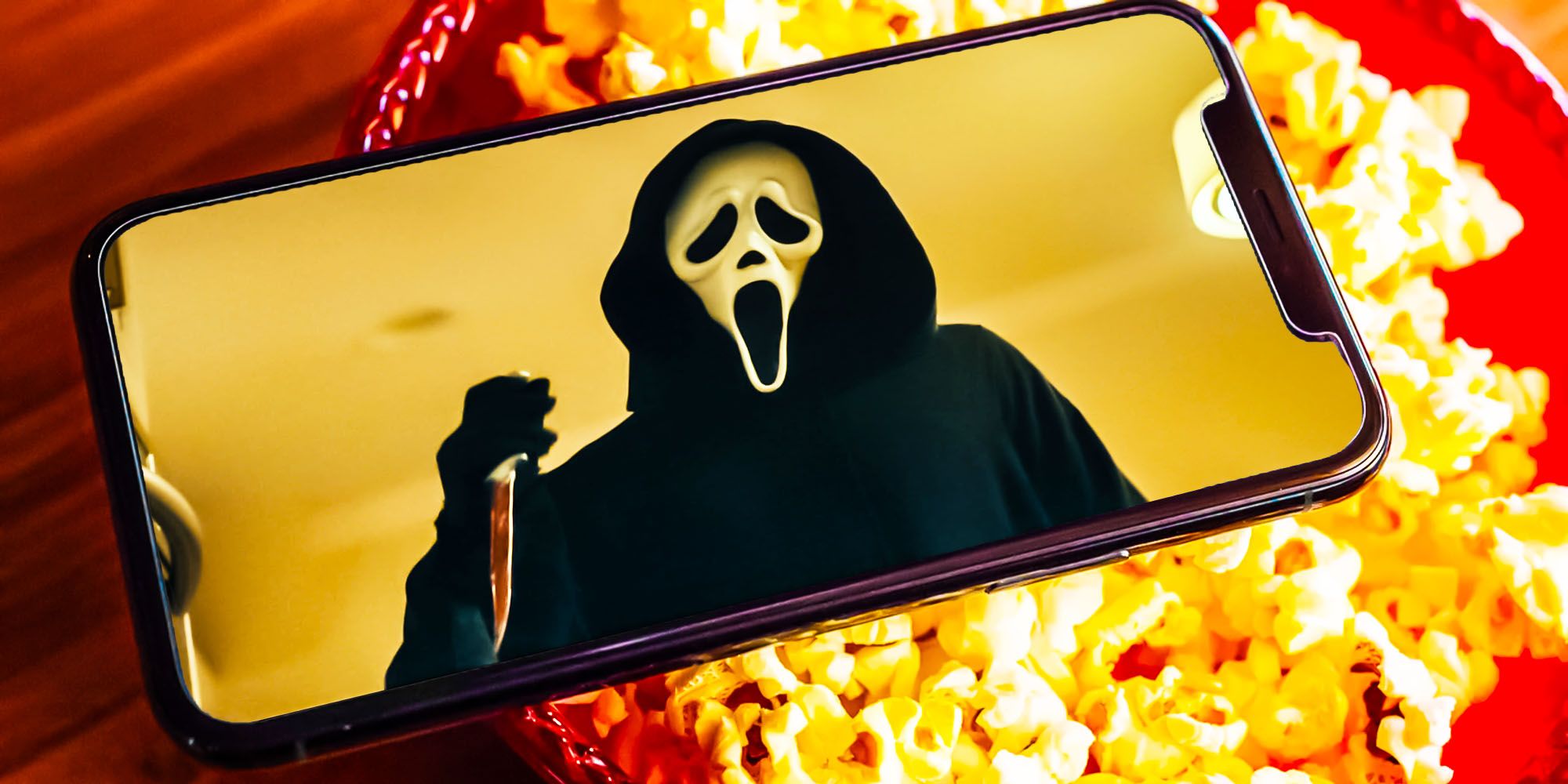 The latest entry in the Scream movie saga made its way to audiences this month. When will fans be able to watch the latest horror flick at home?

2022’s Scream is hitting theaters with a wave of critical acclaim at its back, and here’s when fans can watch the new horror flick at home. The fifth entry in the legendary Scream movie series sees long-time cast members like Courteney Cox and Neve Campbell returning to face off once again against Ghostface, the killer with many faces hiding behind the famous mask. Like the last installment, the new Scream will feature a handful of newcomers.

Since the death of series creator Wes Craven, the Scream series has been taken over by the directing team of Matt Bettinelli-Olpin and Tyler Gillett, who seem to have successfully preserved Craven’s legacy of frights, while updating the Scream series for the newest generation of fans. With a mix of legacy and debuting characters, 2022’s Scream will look to enter a new chapter while tying back to the nostalgia of the franchise.

Related: Why Scream 2022’s Reviews Are So Good

Since the coronavirus pandemic closed theaters around the world in 2020, movie studios have struggled to figure out how exactly to release movies to ensure a strong box-office profit while also not alienating audiences who may not feel safe to return to the theater just yet. Warner Bros. Pictures infamously committed to making every one of its movies available for streaming on HBO Max at the same time as their theatrical releases, much to the chagrin of in-house filmmakers. More recently, though, studios are becoming more inclined to eschew a hybrid release and are returning to the traditional theater-only model, though the gap between theatrical and streaming releases has shortened across the board.

Scream 2022’s release, like the movie itself, is not for the faint of heart. Paramount Pictures is taking a risk and releasing the new Scream exclusively in movie theaters. Fans who are eager to see Scream as soon as possible should buy a ticket, because that’s the only way to see it for the time being. For plenty of fans, this is not a problem at all. After nearly two extremely long years of the coronavirus pandemic, and the security that has come with a safe and effective vaccine, audiences are ready to see movies surrounded by their fellow fans again. And there are few movie franchises that bring people together like Scream. The horror-flick saga has consistently been a rip-roaring time at the movies, and it deserves to be enjoyed in a communal setting.

When Scream 2022 Will Be Released On Streaming

The streaming release will follow Paramount’s new release window model, with movies available to stream on Paramount+ 45 days after the movie hits theaters. For 2022’s Scream, that means a streaming release date of Monday, February 28, 2022. The tiered subscription service begins at $4.99/month. If those interested don’t mind waiting and watching alone, this is the way to go.

Where To Watch Other Scream Movies Online

The first two Wes Craven classics, Scream and Scream 2, are available on NBC’s subscription streaming service Peacock. As for renting, each of the first two movies can be found for as low as $2.99 or $3.99 (4K) on platforms like Redbox, YouTube, and Apple TV while the purchasing price is as low as $7.99 on Apple TV and Amazon. Scream 3 is streamable on Starz or accessible to rent or buy for $2.99 or $9.99, respectively. As for Wes Craven’s last installment, Scream 4, it’s currently streaming Showtime with rental prices on various platforms for $3.99 and buying options coming in as low as $4.99. With that said, there are plenty of affordable options to catch the other franchise movies before 2022’s Scream.

Maya Erskine to star alongside Donald Glover in ‘Mr. and Mrs. Smith’ Series