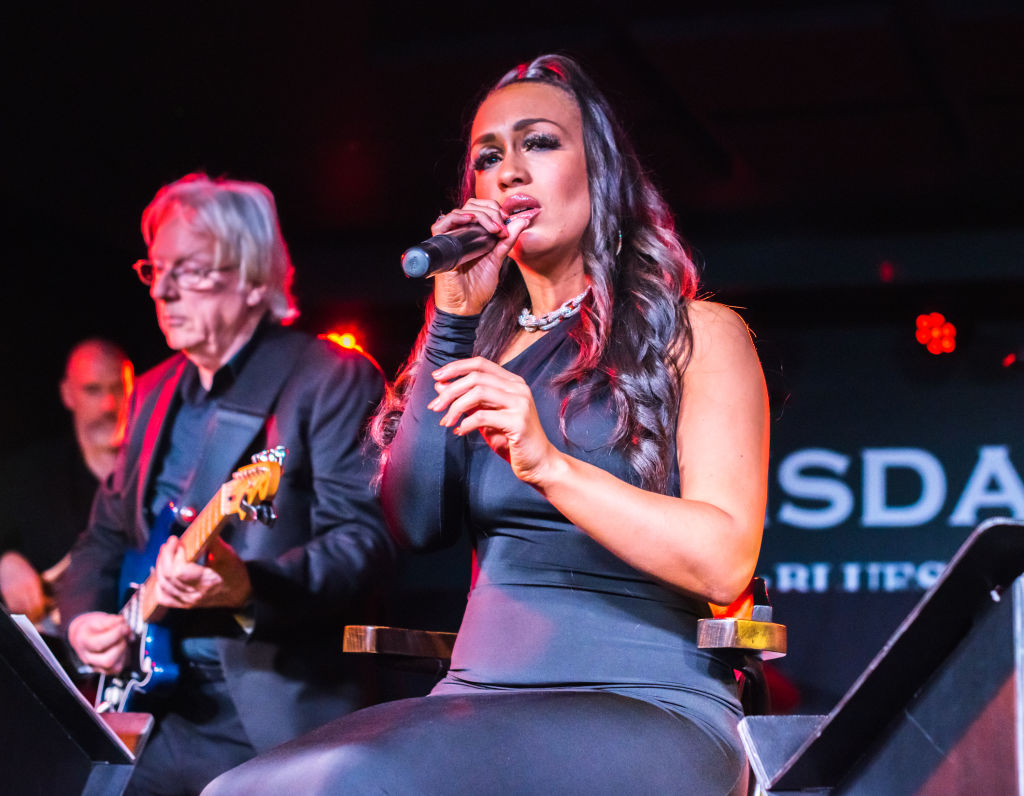 The name of former X Factor contestant Rebecca Ferguson started trending this morning on Twitter over a hilarious mistake involving One Direction.

Social media users were left confused after one of Rebecca’s song covers seemingly appeared on the YouTube channel of the English band.

So, who is she and how is she related to the group?

Who is Rebecca Ferguson?

Rebecca is a British singer and songwriter.

She shot to stardom after being a runner-up in the seventh season of The X Factor and released her debut single Nothing’s Real but Love in November 2011.

Rebecca dropped her debut album Heaven in December of that year which landed on third place at the UK Official Charts.

Rebecca’s name started trending on Twitter after her X Factor cover of Teardrops seemingly appeared on the official YouTube channel of One Direction.

A number of Twitter users have said that the video was uploaded on Monday morning before it was removed. The clip doesn’t appear on the 1D’s YouTube channel at the time of writing.

After going viral, Rebecca tweeted that she “amused by this mistake” and poked fun at the hilarious blunder in a series of Twitter posts.

“Like I said I’m the new member! Have a good day!” the singer wrote in one post.

In another one, Rebecca said: “I will also be managing them! They can leave the management contract whenever they like and work as little or as much as they like! I also will not be running their companies for them as a director! They will run their own! Their relationships will not be manipulated!”

We have no idea why and it’s likely either a mistake or late 11th anniversary celebrations, but you can go watch to up the views here: https://t.co/CEk80TTOKg pic.twitter.com/d3tFo9WHIH

I will also be managing them! They can leave the management contract whenever they like and work as little or as much as they like! I also will not be running their companies for them as a director! They will run their own! Their relationships will not be manipulated! pic.twitter.com/uD4d4Bf3jG

Is Rebecca related to One Direction?

Rebecca isn’t related to One Direction but she was romantically linked with former band member Zayn Malik.

The two briefly dated while they appeared on The X Factor.

Rebecca and Zayn sparked controversy over their age difference as she was 24, while the PILLOWTALK artist was 18 at the time.

In a 2020 interview with Metro.co.uk, Rebecca opened up about the backlash they received in the past, saying that she wished she reacted in a different way.

“To be honest, because I was so new to the industry, I reacted in a way that I wouldn’t now because now I’m older and understand it a bit more,” she explained.

“I reacted and got really angry and upset and I was really hurt by some of the comments, but I think now I’m a bit older, I think I would have just ignored that a bit more and realised it’s just news. It’s just satisfying entertainment.”

See also  Rebecca Ferguson Breaks Down Her Career, from 'Mission: Impossible' to 'Dune'

In other news, Where Kanye’s “Pete Davidson enrages audience” screenshot comes from

Maya Erskine Has Relived Her Most Embarrassing Moments In ‘PEN15’ –...