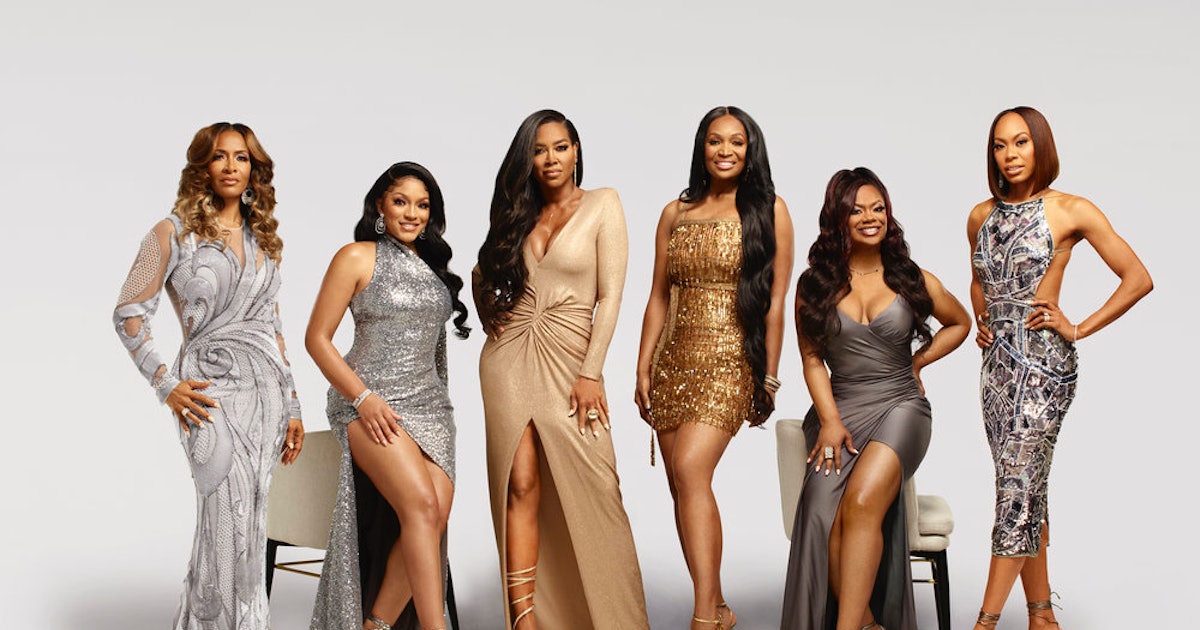 NeNe Leakes will be the first to tell you that she’s “very rich, b*tch,” and her net worth proves just that. In fact, that sentiment applies to most cast members of The Real Housewives of Atlanta, many of whom have amassed net worths well into the millions.

The RHOA Season 14 cast — Kandi Burruss, Kenya Moore, Sherée Whitfield, Marlo Hampton, Drew Sidora, and newcomer Sanya Richards-Ross — have proven to be a wealthy bunch, earning their riches through many different avenues, including music, TV jobs, film roles, and in one case, as an Olympic gold medalist. Of course, every one of these ladies used their status as Housewives to open and promote various businesses, from hair care to adult toys and everything in between.

However, one of these Housewives is significantly more wealthy than all of her castmates’ net worths combined. Find out who the richest Atlanta Housewife is below, as well as the net worths of some notable RHOA alumni.

RHOA viewers have been wondering how Marlo makes her money even before she finally received her peach, thanks in part to multiple sugar daddy accusations from her castmates throughout her seasons as a “Friend” of the cast. While she’s always kept the source of her reported $600,000 net worth vague, part of Marlo’s fortune might come from Le’Archive, her new Atlanta styling business seen on Season 14.

At one point, Shereé’s net worth was in the negatives, likely due to her lengthy divorce from ex-husband Bob Whitfield. Now, her finances are back on track just in time for her comeback on RHOA Season 14, which made her the first Housewife ever to depart and return to a Real Housewives show twice. However, her infamous, long-planned She by Shereé clothing line is not a factor in her estimated $800,000 net worth, given how she’s still designing the line throughout Season 14.

Kenya might have won Miss USA, but her other ventures have added to her reported $800,000 net worth. Prior to joining RHOA, Kenya established herself as an actor on shows like The Fresh Prince of Bel-Air and Living Single, and appeared alongside Whitney Houston in the 1995 film Waiting to Exhale. Since breaking out as a Housewife, she’s opened her own production company, Moore Vision Entertainment, and branched into the hair business with Kenya Moore Hair Care.

Fans might have recognized Drew from The Game or as Eddie’s girlfriend Chantel from That’s So Raven before seeing her as a Real Housewife. According to Celebrity Net Worth, Drew amassed a net worth of $1.5 million from various acting projects throughout the early 2000s, including roles in the 2006 film Step Up, the hit series Girlfriends, and most recently, the 2015 TLC biopic CrazySexyCool: The TLC Story, where she played Tionne “T-Boz” Watkins.

Before becoming a Real Housewife, Sanya was an Olympic champion. The athlete won four Olympic gold medals and five World Championships gold medals during her track-and-field career, and the business deals and sponsorships she landed thanks to those accolades has made her the second richest RHOA Season 14 cast member, according to SCMP.

Kandi earned her keep and cashed checks long before joining RHOA. The star’s reported $30 million net worth comes from a decades-long career as a member of ‘90s girl group Xscape and a platinum-charting songwriter, working with icons like Mariah Carey and Alicia Keys, and co-penning hits like TLC’s “No Scrubs” and Destiny’s Child’s “Bills, Bills, Bills.” Kandi is also one of the few Housewives to cleverly use the show to expand her business empire, opening multiple Atlanta restaurants, producing the Broadway show Thoughts of a Colored Man, and even delving into the adult world with her Bedroom Kandi line. As her Season 14 tagline states, she never misses a beat or a bag.

Cynthia, a veteran Housewife who was on the show for 11 seasons, earned much of her reported $2.5 million net worth as a model, posing for the covers of Vogue and Essence, and appearing in ad campaigns for the likes of Macy’s and Neiman Marcus. After joining RHOA, she used her runway experience to open a modeling school, and later opened the Bailey Wine Cellar in 2019, meaning she now has several businesses contributing to her net worth.

Kim is one of the few Housewives across all franchises to land her own Bravo spin-off show, which is where she’s made the majority of her $3 million net worth. Kim starred on RHOA for its first four seasons, only returning as a Friend for Season 10, but her family’s spin-off Don’t Be Tardy concluded in May 2021 after an impressive eight seasons. She also founded Kashmere product lines and had a brief music career with iconic Housewife hits like “Tardy For the Party,” co-written by her former co-star Burruss.

Phaedra ties for the 3rd wealthiest RHOA cast member because she just might have the most diverse résumé of any Housewives franchise. She started earning her reported $6 million net worth as an attorney and managing partner of the Parks Group, and after becoming a Housewife, she dabbled in the funeral business and released a workout tape, Donkey Booty, that famously competed with Kenya Moore’s fitness video, Moore Boot Camp, on the show.

See also  How to sign up for Kris Jenner's MasterClass

Porsha has perhaps the most confusing financial journey of any Housewife. While married to NFL player Kordell Stewart, she was reportedly worth $16 million, but after they divorced in 2013, her net worth fell to $400,000, according to Celebrity Net Worth. Since then, as reported by Showbiz, Porsha has rebuilt her net worth to $6 million thanks to her paychecks from RHOA, stint as a radio host on Dish Nation, and multiple product lines, including her Pampered by Porsha linens range.

While she may be the second richest Atlanta Housewife, unlike some of her co-stars, NeNe earned the majority of her reported $14 million net worth after joining the show. Arguably the breakout star of RHOA, NeNe parlayed her Housewives fame into TV stardom, joining the casts of Glee and The New Normal and appearing as a contestant on Donald Trump’s The Celebrity Apprentice in 2011, where she bragged about cashing “Trump checks” long before he was elected President. NeNe coined many of the memes and catchphrases you use online on RHOA, and her net worth reflects her ubiquity in pop culture.

This article was originally published on Sep. 16, 2015