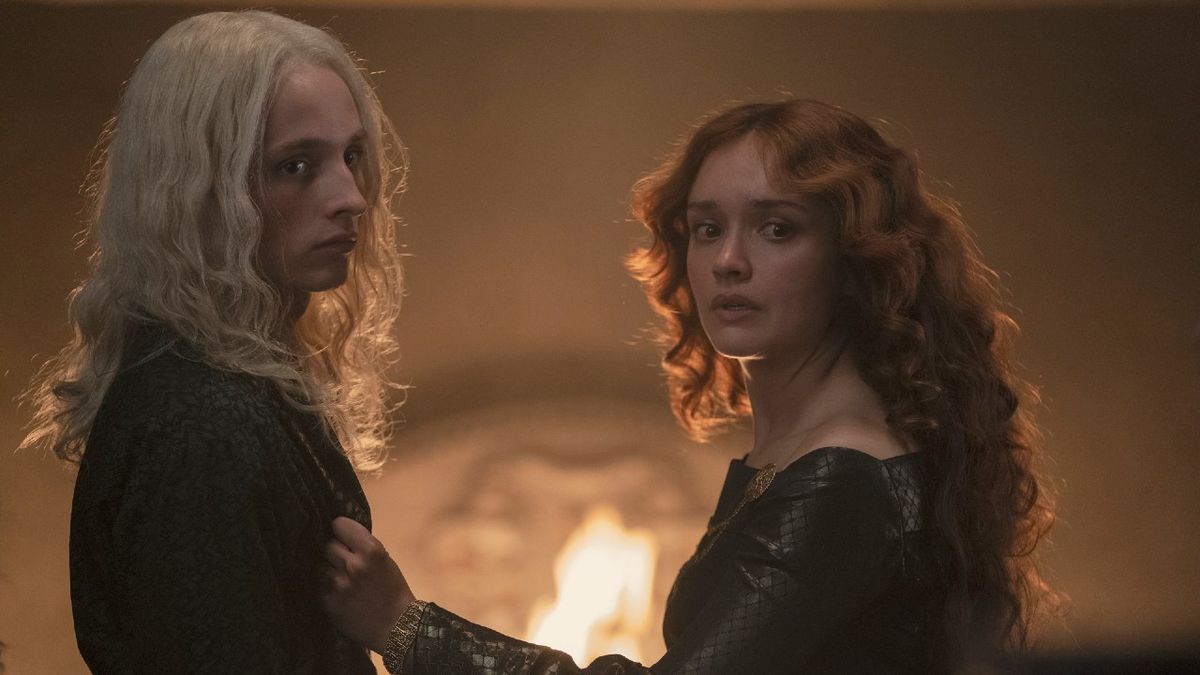 Episode 6 of House of the Dragon saw a massive 10-year time jump, and with so many characters growing up, new actors have taken over their roles. This included two of the principal characters: Rhaenyra Targaryen and Alicent Hightower. Milly Alcock, who played the princess, and Emily Carey, who played the queen, were replaced by Emma D’Arcy and Olivia Cooke, respectively. We’ve known about this recasting since the beginning, but some fans are predicting this may not be the end of new actors taking over established roles.

This one theory on Twitter, says that there will be one more major time jump in Season 1 of HOTD. The show has already had quite a few time jumps, but it seems like this could be likely. The theory says:

Episode 8 of #HouseOfTheDragon will feature the final major time jump, the actors/actresses you see in that episode will be the ones playing their characters for the rest of the series, as of right now the series is planned on running for 3-4 seasons. pic.twitter.com/NbjcPEeOV4September 26, 2022

While HBO has not confirmed this information, we do know the children introduced in Episode 6 will get recast at some point.

On top of meeting the new actresses in the lead roles in last week’s episode, we were also introduced to their children and one confusing family tree. Alicent and Viserys have their children: Aegon, Helaena and Aemond. While Rhaenyra has Jacaerys, Lucerys and Joffrey, whose biological father is Harwin Strong, but the family says Rhaenyra’s husband Laenor Velaryon is the father. All these kids were pretty young in the episode, and will eventually be recast, if this tweet is correct that could be sooner than later.

The last two episodes have set up some pretty serious grudges and conflicts that will inevitably lead to the Targaryen civil war, the Dance of the Dragons. One of the major conflicts of the show between Rhaneyra and Alicent clearly became much worse over the 10-year time jump. Alicent was so ruthless toward her former best friend/step-child in Episode 6, that Rhaneyra and her family left King’s Landing while fans freaked out on Twitter. So, kids have been born, and shots, both literal and metaphorical have been fired, and we better buckle up for whatever is to come.

Miguel Sapochnik, one of the showrunners, explained in Inside the Episode that Episode 6 is a major turning point in the show.

The story of the Targaryen dynasty spans generations, and it’s clear to me that they are setting up the show to take on the stories of multiple generations. I’m curious to see if the older actors of the HOTD cast, like Matt Smith as Daemon and Paddy Considine as Viserys, will stay with their characters, or if it will be like The Crown and we’ll get new actors every few seasons in the principal roles.

For me, all of this change and the sweeping story are what keep me coming back to the show each week. To see if older characters get recast, or to see the inevitable recasting of the kids, you can watch House of the Dragon every Sunday at 9 p.m. on HBO or with an HBO Max subscription.