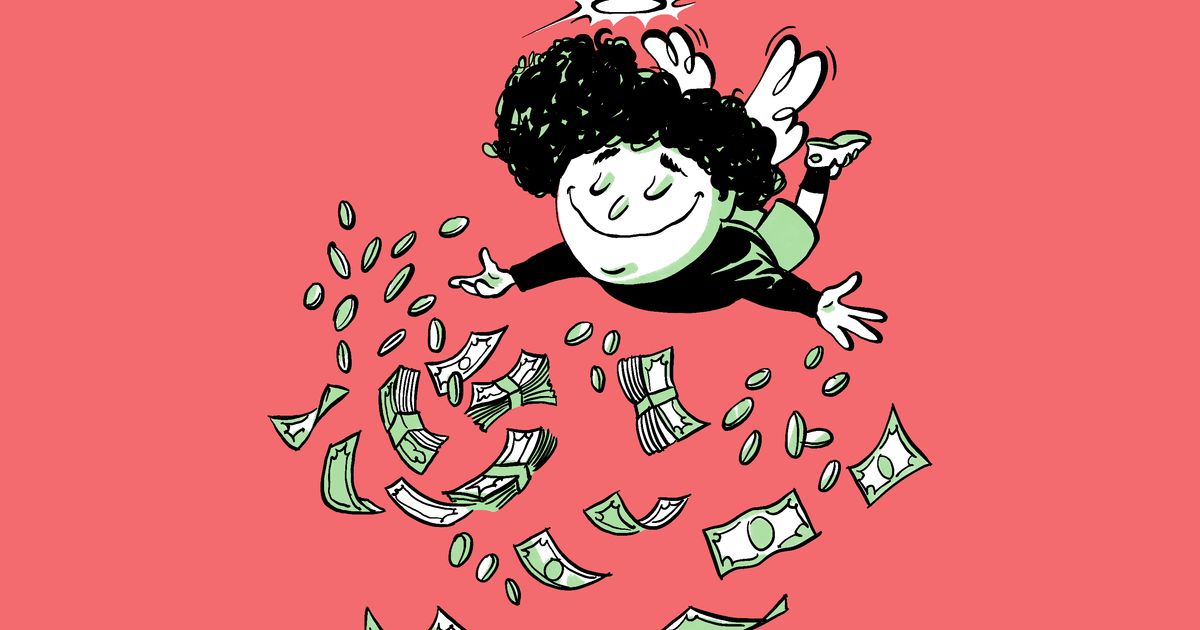 There has not been a bad actor in history,” says Rocky Schwartz, “who hasn’t been able to couch their conduct behind some meaningful and generally positive ideology.”

It’s 9 p.m. at a bar in Kips Bay. Schwartz, 29, is drinking Sprite and pondering the role her philanthropic movement might have played in the collapse of Sam Bankman-Fried’s empire — and the boomerang possibility that his downfall is about to wreak financial and reputational havoc on her field. She’s the executive director of Effective Altruism NYC, which is funded by the Centre for Effective Altruism, which is in turn supported by a $14 million grant from Bankman-Fried’s foundation. Or at least it was. Schwartz says she’s still hopeful that the good of EA can be quarantined from the bad of SBF. “There is a reason why, a decade into effective altruism, this is the most disastrous thing we’ve seen happen,” she says.

Schwartz’s predecessor at Effective Altruism NYC isn’t at the bar, but I reach him by phone. “I totally looked up to this guy, this motherfucker who I hate now,” he says, of Bankman-Fried. “Three weeks ago, I would have sung his praises.” He’s been running a crypto hedge fund that caps his salary at $70,000 and donates most of its profits to charity. It relied on FTX, and when the exchange collapsed, the fund lost 80 percent of its holdings. He asks me not to print his name. “I’m still licking my wounds, and I’m sheepish and embarrassed.”

While most of the internet has experienced FTX’s meltdown with Schadenfreude, the effective altruists are grieving. Per origin myth, Sam Bankman-Fried forged his career according to a core principle of this belief system: Get as rich as possible in order to give away as much money as possible. Now, untold millions in promised EA-driven grants have been vaporized, and true believers are wondering how much responsibility they bear. What began about a decade ago as an ascetic movement of kidney-donating mosquito-net evangelists had lately morphed into something more sci-fi, backed by a token-minting benefactor and absorbed with doomsday-prevention schemes. Had effective altruism’s “consequentialist” bent — crudely, the idea that the ends justify the means — driven Bankman-Fried to extreme risk in the service of some eventual greater good? Was it all just a fig leaf he used to mask unethical behavior, as he implied in an explosive interview with the Vox journalist Kelsey Piper?

See also  What Is Rob McElhenney's Net Worth? 'Welcome To Wrexham' Star Cashes In From TV & More

On the radically transparent Effective Altruism Forum, some posters flogged themselves for being duped by Bankman-Fried while others scrambled to rationalize his behavior. A user called Geuss posited that by making himself look as guilty and unprincipled as possible to Piper, Bankman-Fried was actually protecting the reputation of effective altruism, which could now distance itself from him more easily. (Piper is an effective altruist, and Vox — which, along with this magazine, is owned by Vox Media — has an EA-inspired vertical that received a reporting grant from Bankman-Fried’s family foundation.) Another poster suggested the movement should have at the very least funded a kind of ombudsman: “I think ‘Is SBF doing fraud’ was worth at least one person thinking about full time.”

At the bar, Schwartz is joined by two other effective altruists, who are drinking hard ciders: Vaishnav Sunil and Jacob Eliosoff. Sunil, 30, was the president of the Effective Altruism club at MIT’s business school before he graduated in May. He’d decided to abandon a career in venture capital to work on pandemic preparedness and remains unshaken in his convictions about the movement’s virtues. Eliosoff, 48, runs a crypto investment fund and is still motivated by EA’s “earn to give” philosophy. That said, he suggests to Schwartz that Will MacAskill — the Oxford philosopher who leads the effective-altruism community and until recently co-led the Future Fund, a major branch of the FTX Foundation — must feel unbearably humiliated. Schwartz rejects the word.

“In my eyes it’s more heartbreaking than humiliating, because I think people are constantly blindsided by the actions of people they’re very close to,” she says. “People who have been married 40 years find out their spouse has cheated the entire time.”

Even before the implosion of SBF, fissures had developed in the movement over its newfound wealth — and its pivot away from prosaic issues like animal rights to splashier “long-termist” concerns over, say, artificial intelligence. Eliosoff argues it’s a mistake to draw a connection between those debates and the FTX debacle. The issue is his possibly “committing major crimes, defrauding customers of $8 billion, lying constantly,” he says. “These are deeper issues than spending too much money on your mansion. You can say maybe the mentality of one led to the other in some way, but they are, to me, fundamentally pretty separate.”

Anyways, Schwartz says, despite all the earn-to-give talk, Bahamian compounds are the exception in her world. “I can’t think of any EAs who are living in the lap of luxury,” she says. “I can think of many, though, who are buying dried beans instead of canned to have more money to donate.” On November 10, MacAskill and his team posted on the EA forum that the Future Fund was unlikely to honor many of its committed grants. Schwartz says a planned EA co-working space in New York may be on hold. “I think for a lot of us,” she says, “the thought is really just, We have a much more limited ability to alleviate suffering and improve the world than we thought we did a week and a half ago.”

The jukebox is playing Miley Cyrus’s “Prisoner.” Schwartz clarifies that while she feels betrayed, she isn’t here to pass judgment on Bankman-Fried. “I am not making the claim that Sam is fundamentally bad. I think the biggest lesson here is that people are unpredictable and people who are in intense circumstances are even more unpredictable,” she says.

Some of his recent Twitter missives, she adds at another point, “seem very clearly like the communications of someone who is not in their right mind.”

“That’s actually a very mature perspective that I hadn’t even considered,” Sunil says.

Thank you for subscribing and supporting our journalism.
If you prefer to read in print, you can also find this article in the November 21, 2022, issue of
New York Magazine.

Want more stories like this one? Subscribe now
to support our journalism and get unlimited access to our coverage.
If you prefer to read in print, you can also find this article in the November 21, 2022, issue of
New York Magazine.

There Shouldn’t Be a First Class and Economy Class When It Comes to Life-Saving...

Ruben Randall - August 14, 2022 0
TV/Movies
Taylor Swift may soon be one award away from EGOT status, as All Too Well: The Short Film has been confirmed to be eligible...

Rare Photos of Him Then and Now