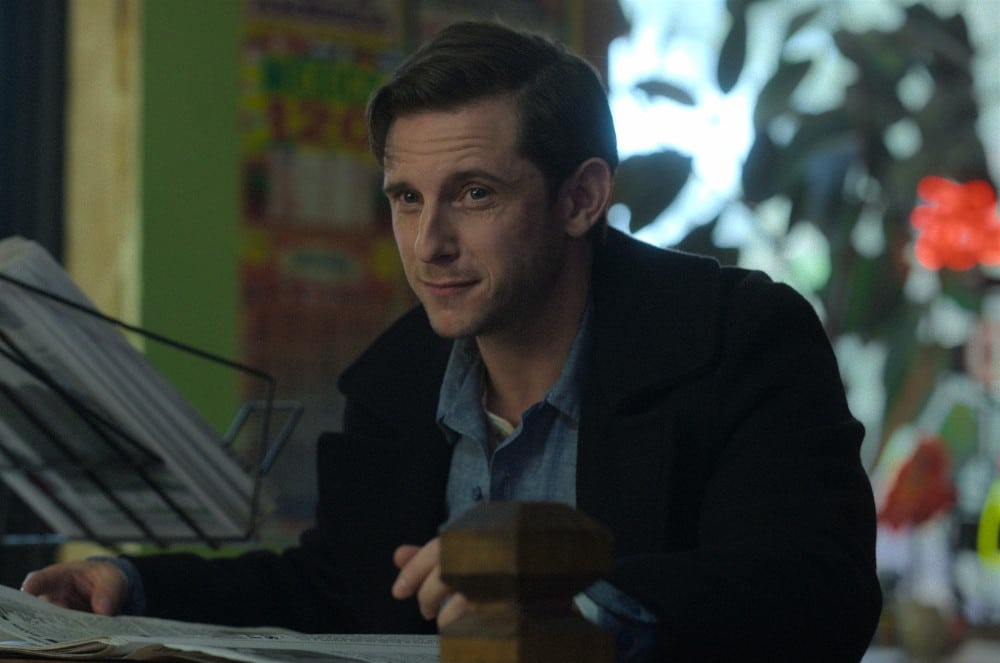 Better start ringing the bell, because in the haunting yet hopeful Chicago-shot series Shining Girls (which is a must for fans of author Lauren Beukes’ source novel), is one of the most out of left field performances that we have seen in a long time. The show stars Elisabeth Moss as Kirby, a former newspaper reporter that is aware that something is not right in her world. But acting opposite Moss, (eventually, much of the show they are kept separated), is Jamie Bell as Harper Curtis, a drifter and loner, and let’s just say that his intentions are not exactly honourable and he is a lot more menacing than he appears to be at first glance. We haven’t seen this sort of eerie performance from Bell in a long time, as he often embodies the nice guy roles, while here it is almost as if his kindness is turned on its head, as there is nothing really outwardly scary about Bell, and his calm demeanour makes us want to go along with whatever he has in mind.

The series, from creator Silka Luisa and producer Michelle MacLaren (who directs two episodes), is a female-driven masterwork, on par with Elisabeth Moss’ long-running Toronto-filmed The Handmaid’s Tale. In fact, Jamie Bell in an exclusive video junket interview, highlights the directorial work that Moss is doing on Handmaid’s and Shining Girls, as well as calling her perhaps the best actress of our time (as she has been dubbed the ‘queen of Peak TV’). Bell also explained that he drew inspiration from a very surprising place in order to best embody the enigmatic Harper and seems to move quite differently than the performer does in our extremely intimate Zoom video interview. As a sort of coda to the interview, when asked what shows he had been watching lately, Bell singled out recent favourites Slow Horses, Suspicion, the recently renewed Pachinko, and limited series WeCrashed (and we offered Severance), showing that along with Shining Girls, Apple TV+ has a lineup of dramatic shows that is truly unmatched.

The first three episodes of Shining Girls are now available to watch on Apple TV+. New episodes will be released weekly on Fridays.

Daniel Dae Kim on the Dangerous Tech and Terrifying Futures of...