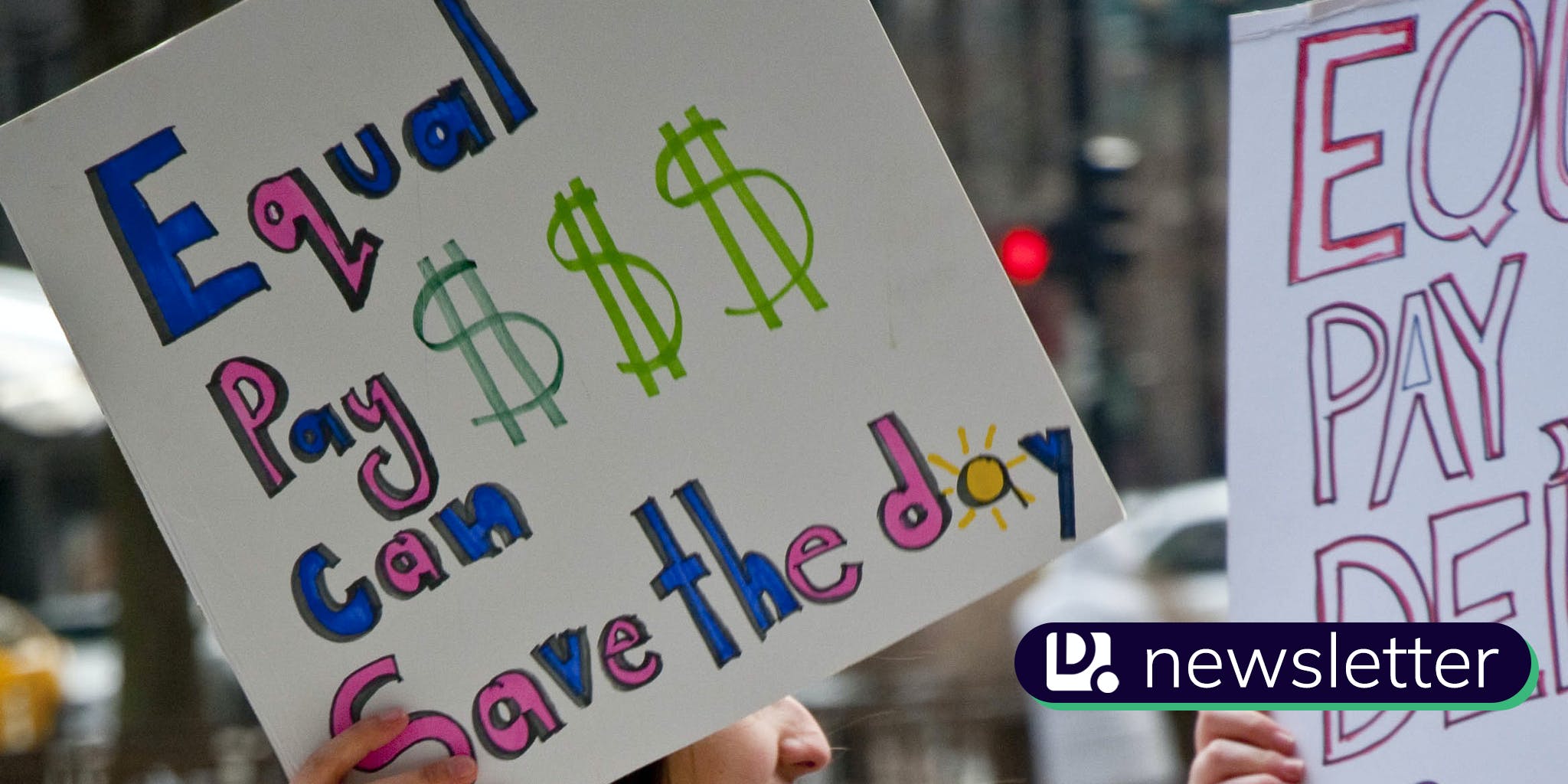 Sign up to receive Internet Insider, a daily newsletter from the Daily Dot, in your inbox.

Hey everyone! Andrew here. Welcome to the Wednesday edition of Internet Insider.

We cover a lot of ground today: from a Supreme Court justice calling for changes to one of the most important internet laws, to a bot that exposes the hypocrisy of businesses celebrating International Women’s Day.

Plus, our Senior Reporter Audra writes about the overproduction of docudramas in this week’s “Now Streaming” column.

Let’s dive right into the news.

Internet rights: Supreme Court Justice Clarence Thomas called for changes to Section 230 of the Communications Decency Act, a bedrock law that helped shape the modern internet. The law has been targeted by both sides of the political spectrum recently, despite repeated pushback from experts who say messing with the law would have unintended consequences for much of the internet. You can read more about what Thomas said about the law here.

Conspiracies: The latest disinformation coming out of the Russian government’s invasion of Ukraine comes from far-right figures and conspiracy theorists who are claiming that the U.S. has bioweapons labs in Ukraine. Claire, our politics reporter, breaks it all down.

Too many TV docudramas

See also  Stormzy Says “This Is What I Mean,” + More

Later this month, Hulu debuts The Girl From Plainville, a dramatization of the Michelle Carter case. Then there’s Super Pumped (Showtime) and WeCrashed (Apple TV+), glossy takes on the rise and fall of startups Uber and WeWork, respectively. And now Peacock has Joe vs. Carole, a scandalous story that has already been told in a podcast and a Netflix series.

That’s a lot of series in the span of roughly a month, and not a lot to differentiate.

As Time’s Judy Berman wrote in February, this overproduction of docudrama is part of a bigger shift: “With effects-heavy franchises starting to crowd out realism on the small screen, as they’ve already done in movies, docudrama has become the genre of choice for platforms looking to combine the character-driven storytelling of prestige TV with enough brand recognition to guarantee an audience.”

Ryan Murphy is a good example of this kind of branding, though his docudramas often fall into revisionist history. (I spent the majority of The Assassination of Gianni Versace on my phone looking up whether certain events actually happened).

That’s one issue with dramatizing recent events: You can probably read up on what actually happened via books or articles, or watch a documentary that preceded it. The docudrama could be a more palatable alternative.

This race to dramatize stories—specifically about entrepreneurs/grifters—points to something else. As Amanda Hess notes in the New York Times, docudramas about recent scandals are now something of a formula for snagging subscribers as streaming platforms compete: “Part of the draw of these shows is the curiosity gap they create when they assign a movie star to a name in the news.”

Hess adds that a famous actor playing someone like Holmes or Delvey can give us “insight” into their downfalls, but can also make these people seem more “complex” or sympathetic than they actually are.

And it’s not letting up: Are we going to want the GameStop-r/WallStreetBets movie(s) announced last year or the recently optioned series about Bitcoin-laundering couple Heather Morgan and Ilya Lichtenstein in a year? 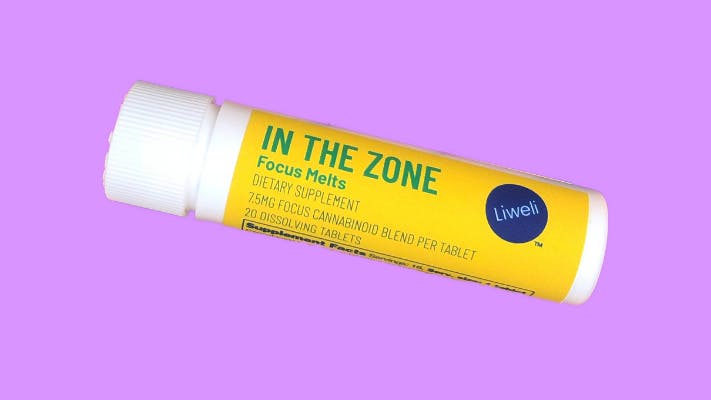 Can’t focus? Get in the zone with these CBD focus melts

These CBD focus melts are the #1 fan favorite at Liweli, and it’s no wonder why. In The Zone are tasty, mint-flavored melts that promote alertness and reduce situational stress, so you can finally get focused—and stay focused.

With these fast-dissolving tablets, you will experience zen-like focus no matter where you are, from home to work, or anytime in between. Declutter your mind with In The Zone Focus Melts and use exclusive code DOT20 to save 20% on your order.

Disney’s CEO sent out a memo to employees about Disney’s response to Florida’s controversial ‘Don’t Say Gay’ bill amid growing criticism that Disney is staying silent on a bill that is widely seen considered harmful.

In a viral video, a TikToker who says they’re a DoorDash delivery driver receives an order that turned out to be much farther away than expected.

Everything you need to know about chest binding.*

To mark the fourth anniversary of the very first QAnon drop on 4chan, the Daily Dot put together six stories about the conspiracy theory that haven’t been told or looked at. Check out the coverage here.

*The Daily Dot may receive a commission in connection with purchases of products or services featured here.

A debate is raging on TikTok after an alleged teacher and Starbucks worker posted a video showing their time working at the coffee chain. In the comments section, users were disappointed by the fact that the woman’s teaching job wasn’t able to make ends meet. “Teachers shouldn’t have to work a second job,” a highly upvoted user wrote. 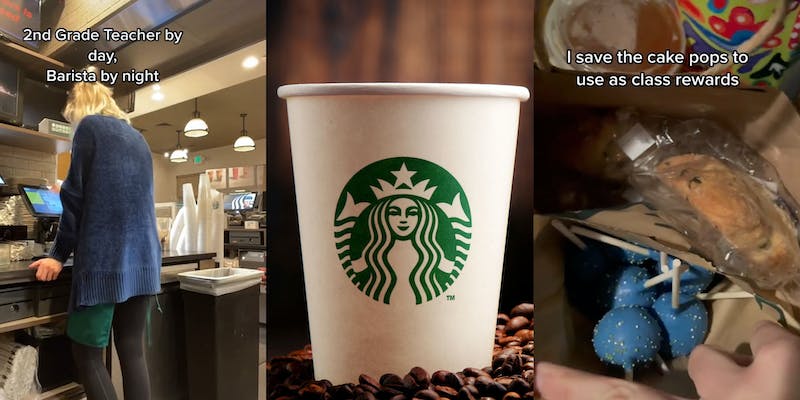 “Other Animals Are #1” by Erase Errata

Andrew Wyrich is the newsletter editor at the Daily Dot. He previously served as the deputy tech editor. Andrew has written for USA Today, NorthJersey.com, and other newspapers and websites. His work has been recognized by the Society of the Silurians, Investigative Reporters & Editors (IRE), and the Society of Professional Journalists (SPJ).

Cha Tae Hyun Reveals Why He Decides to Make Cameo in...